Home Article Kidnapped And Assaulted British Model Chloe Ayling Under Doubts About Her Kidnapping Incident: Kidnappers Including Lucasz Herba Still On Trail But Some Speculate The Incident To Be A Publicity Stunt!

Kidnapped And Assaulted British Model Chloe Ayling Under Doubts About Her Kidnapping Incident: Kidnappers Including Lucasz Herba Still On Trail But Some Speculate The Incident To Be A Publicity Stunt!

British mode Chloe Ayling was allegedly kidnapped in Italy in the month of July last year. She was abducted with an intention of being auctioned as a sex slave.

British model Chloe Ayling was allegedly kidnapped in Italy back in July last year with the intention of being auctioned as a sex slave. Things went on suspicious when she was spotted walking hand-in-hand with the kidnapper a day before she was set free.

Ayling, who was held captive and abused is again in the limelight as she is going through the facial trial of the kidnappers since 19th February 2018. Also, the video of the glamour model showing the police officers the farmhouse where she was held captive was released on Monday and she looked surprisingly calm and casual. With several statements and some unusual incidents during the kidnap, the public is quite skeptical claiming it might all just be a publicity stunt!

Video footage of the glamour model Chloe Ayling was played inside the court on Monday, 19th February covering the moments how she was allegedly grabbed from the studio to the farmhouse and held for 6 days at the trial of the kidnapping case.

She was allured and snatched by a group named 'Black Death Group' after being allured for a fake modeling project at a studio of Milan in July last year. 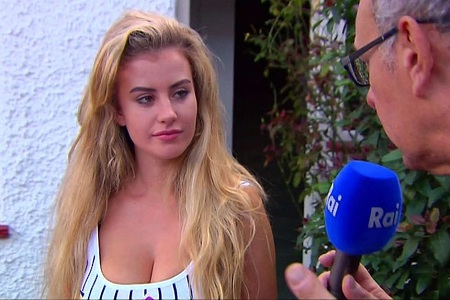 Chloe Ayling speaking with the media outside her house in Surrey, England
Source: ABC

Doubts about the kidnapping allegation rose when the glamorous model Ayling was captured on CCTV cameras walking hand in hand with the kidnapper Lucasz Herba a day before she was released. She didn't try to escape; instead, she was spotted shopping with the 30-year-old kidnapper. Also, the so-called kind act of the kidnapper of releasing her after knowing that she's a mother raised speculations she bluffed about the incident.

Miss Herba claimed that she was drugged when she was addressed by the CCTV.

On the other hand, Herba's legal team claimed that the kidnap was nothing but a 'publicity stunt'.

Bartlett, the interviewer asked a sarcastic question then:

‘I’ve heard of Stockholm syndrome, but not shoe shopping syndrome.’

When she was asked if she gets offended when people say it was a publicity stunt, she stated,

"It doesn’t offend me, no. Because I get it, there are people just picking parts of the story. So I see why people have doubts because if it wasn’t me, I would think it was just crazy."

Chloe Ayling, 20, is the British glamour model and the Instagram star who was drugged and abducted in Italy.

She suffered a devastating moment when a needle was plunged into her arm and she was bound for six days, threatening to be sold into sex slavery. 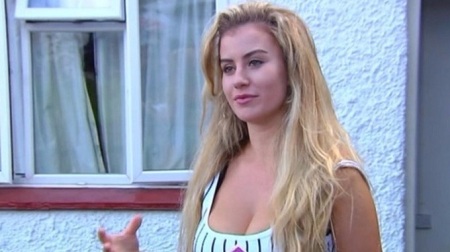 The kidnappers snatched the mother of one and held her captive for six days in a remote Italian farmhouse.

As per the prosecutors, Ms. Ayling was heavily drugged at the studio where she was called for a modeling session. The traffickers then zipped her inside a canvas bag and transported to a nearby farmhouse.

During an interview in 60 Minutes, reporter Liam Bartlett asked a couple of questions about the incident.

Describing the incident, she said,

'A person with black gloves placed a hand over my mouth from behind while a second person wearing a balaclava gave me an injection in my right arm.

I believe I lost consciousness because when I woke up, I was wearing just my pink undershirt made of chenille, and the socks I am now wearing, and I realised I was in the coffin of a car, my ankles and wrists in handcuffs, with a black tape covering my mouth, inside a bag where there was just a small hole in the zipper that allowed me to breathe.

"They had taken off my jacket, my blue jeans, and sneakers. I was just hoping for a non-painful death."

Polish-born Lukasz Herba and his brother Michal Konrad Herba were involved in the kidnapping case. Herba is currently on trial in Italy for the case and will face 25 years in jail if he is found guilty and his brother is in custody in Britain fighting extradition.

The officer told the court:

'He said, 'I am a medium-level killer' and I am working for Black Death. Find the money.'

Moreover, the court documents obtained by MailOnline stated that she was in contact with her alleged kidnappers two years before the major incident.

As per the source, she accepted a friend request from Lucas Herba on 12th March 2015.

Deputy Police Commissioner Serena Ferrari said that he used a false name to contact Ayling and book her for a photo shoot in Paris. 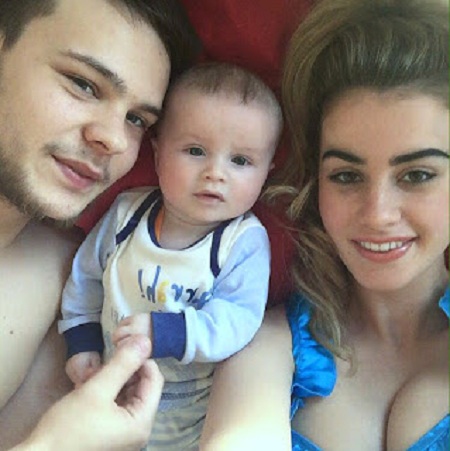 Finally, she ended her evidence stating the court that whatever Ayling addressed the court was an absolute truth.

Investigator Gianluca Simontacchi addressed the court that Ms. Ayling broke down into tears when she reached the farmhouse. Her lawyer had to calm her before she continued further. 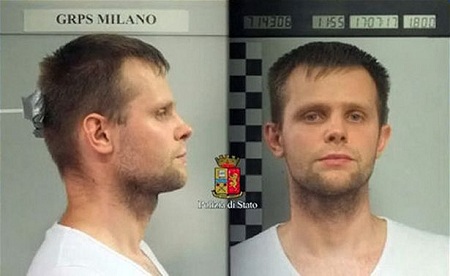 During the investigation, she showed the chair where she was tied by her hands and feet. She pointed the bedroom that she shared with her kidnapper still, with separate blankets.

The face trial was set to resume on 19th February 2018. After a long investigation, it's found that she was drugged with the tranquilizer Ketamine.

As the investigations are still in process, let's see what goes the next. 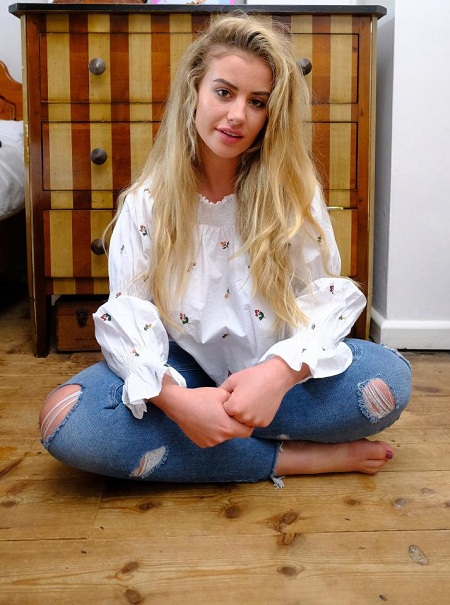