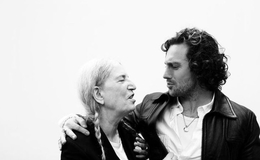 Aaron Taylor-Johnson is an English actor, most notably known for his roles in Kick-Ass, Shanghai Knights, Angus, Thongs and Perfect Snogging, Nowhere Boy, and Avengers: Age of Ultron. Johnson's professional life has been at the forefront of many tabloids for a while now, as he was recently revealed to be one of the potential candidates, aside from our favorite Henry Cavill, to play the next James Bond. Sources alleged Aaron nabbed the possible opportunity after impressing producer Barbara Broccoli in a secret audition.

Fans are so far divided between Johnson and Cavill, and as if the choice wasn't hard enough, producers are also said to be considering Tom Hardy and Regé-Jean Page for the coveted role. Born on June 13, 1990, in High Wycombe, Buckinghamshire, England, Aaron kickstarted his acting career as a kid. He landed his breakthrough role portraying the legendary singer John Lennon in the 2009 biographical drama Nowhere Boy, coincidently also the film where he met his future wife, Sam Taylor-Wood.

The Kick-Ass actor is clearly a latent hottie in the film industry, but the Brit has been off the market for pretty much all of his career. Aaron met his now-wife, director Sam Taylor-Johnson while auditioning for the role of Lennon in 2008. Despite exhibiting an ideal relationship and family life throughout their marriage, the pair have never been liked as a couple, let alone as doting parents of two. Fans' rancor towards the long-married couple isn't completely baseless, although it might be a tad unreasonable. 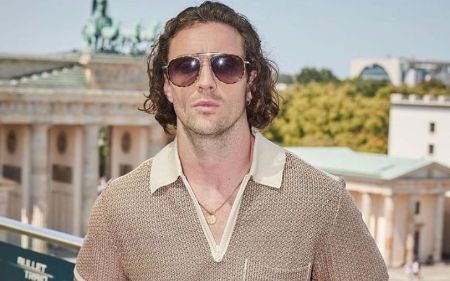 Aaron and Henry Cavill are in a tie-up to play the next James Bond. SOURCE: Instagram

Aaron and Sam share a massive age difference- precisely 23 years. Although it might not seem like a big deal right now since Aaron is 32 and Sam is 55, the duo caused much media ruckus during their initial dating period. There have been some disagreements about the pair's exact age when they met, but most publications have asserted that Aaron was an 18-year-old novice and Sam was a 42-year-old skilled person in the business. The pair have addressed their age gap multiple times- even though fans are reluctant to see them beyond their differences. 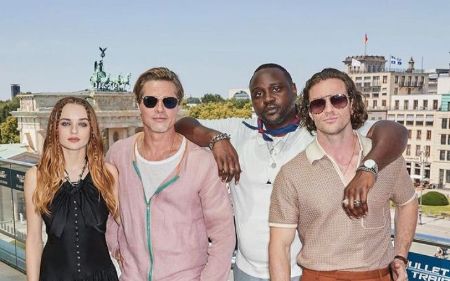 "In the end, I was like, 'OK, he'll have to come to my home.' I opened my door to John Lennon. I instantly knew he was the guy," Sam says, vividly recalling Aaron's audition. Aaron was as enamored by Sam, if not more. "I know exactly what she was wearing. This white shirt that she still has, that I love. It definitely changed my life," the actor said. Aaron attributes his instant connection with the significantly older Sam to his maturity. "When I met Sam, I'd already lived a life far beyond that of most of my contemporaries – I didn't relate to anyone my age," the Bullet Train actor said.

The duo knew they had found their forever soulmates in each other but kept things professional on the set. Aaron proposed to Sam immediately after wrapping up the film. "As soon as we finished, he told me he was going to marry me," Sam revealed. Aaron and Sam tied the knot at Babington House, Somerset, on June 21, 2012. The twosome welcomed their first daughter Wylda Rae in July 2010. While talking about entering fatherhood at 20, Johnson said he wasn't worried at all because he had filled in the shoes as a step-father to his wife's children from her previous marriage. 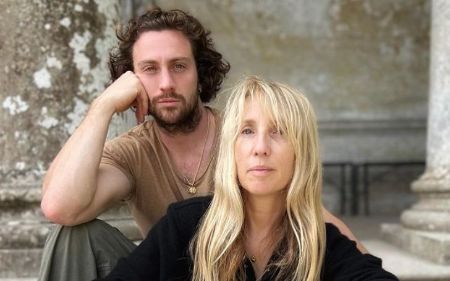 Aaron and Sam have been married for more than a decade. SOURCE: Instagram

The pair were blessed with another daughter, Romy Hero, in January 2012. The two have since put on a happily married face in public but are far from being viewed as an adored family. Aaron and Sam's marriage has raised many headlines over the years, most of which seemed like the doing of the hateful rumor mill. The Brit actor was recently accused of cheating on his wife with actress Joey King, with whom he starred in Bullet Train.

Get to Know Aaron Taylor-Johnson's Wife!

While many believe that Sam got lucky to land a man like Aaron, looking at Sam's profile and her years of experience in the business, it might be the other way around. Sam is a Croydon-born director, artist, and photographer. She started her artistic journey as a fine-art photographer. Nowhere Boy was not only a breakthrough for her husband but also a chance for her to delve into filmmaking on a deep level. 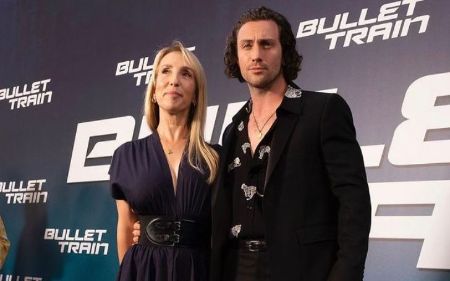 Sam is 23 years older than her husband. SOURCE: Instagram

Sam's other notable work includes Love You More, A Million Little Pieces, and Fifty Shades of Grey. The photographer-turned-director would have also directed the sequel Fifty Shades of Darker, but a discrepancy with the author E.L. James led her to drop out of the franchise. Sam Aaron is currently gearing up to wear a director's hat once more to film the much-anticipated Back to Black, a biographical film on the life of the late Amy Winehouse.

Aaron landed his breakthrough on his wife's directorial, Nowhere Boy!

Aside from her extensive film directorial, Sam seldom directs music videos; for instance, she directed Elton John's I Want Love and Turn the Lights Out When You Leave. When she met her young future husband in 2008, Sam was already a married woman with two kids. Sam was married to art dealer and gallerist Jay Jopling, whom she married in 1997. The director shares two daughters with her ex-husband.