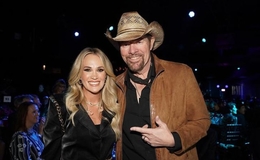 Carrie Underwood and Mike Fisher's Relationship: The singer and hockey player pair have been married for over a decade

A formidable name in the music industry, Carrie Underwood has been serenading her legion of fans for more than fifteen years. Throughout her journey as a country musician, Underwood has collected multiple Grammys and ACM Awards. The Oklahoma-born star got her breakthrough in American Idol after she won the show's fourth season in 2005. Carrie's first single, Inside Your Heaven, further amplified her big win by setting her apart from AGT's previous winners as the only country artist to have a chart-topping debut on the Billboard 100.

Carrie's professional life has taken a full swing since her 2005 breakthrough- she has had consecutive hit albums, toured extensively, come off as one of the best-selling artists, has been named among Time's one of the most influential people, and has been inducted into Hollywood Walk of Fame. The Grammy-winning singer's feats are many, but has she been as lucky in her personal life? Fervent fans would know Underwood's romantic life couldn't be any better. The singer is happily married with two adorable sons.

When we say things couldn't be any better for the Grammy-winning singer at home, you better believe we actually meant it. Not that Underwood and her partner's married life is devoid of the usual ups-and-downs part of a marriage, but the couple is determined to go through it together, and that's all that takes to make a marriage work. The AGT winner married Mike Fisher in 2010, and although it has been all bed of roses since then, the twosome is striving for a lifetime of happiness and companionship. 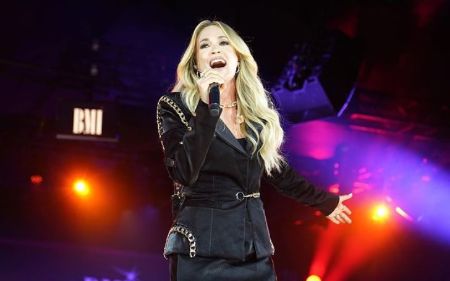 Carrie is a former AGT winner and a multiple Grammy winner. SOURCE: Instagram

The Inside Your Heaven crooner was already a big star in the music industry when she met Mike at a backstage meet and greet. Her bassist Mark Childers had set them up, and the singer reckoned Childers had found the right guy for her. But what's a fairytale love story without some obstacles at the start? The pair, too, had their sets of problems that made dating hard. Fisher was based in Canada, and Underwood was constantly hitting the road. Which meant they had to do long-distance romance for a while. 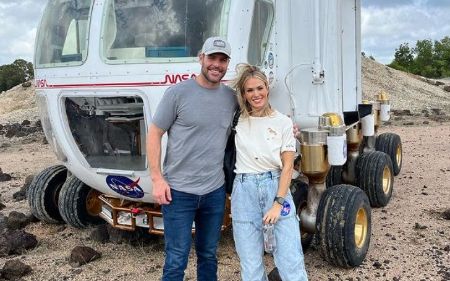 Carrie is a former AGT winner and a multiple Grammy winner. SOURCE: Instagram

"I mean, can I make dating more difficult?" Carrie said, adding, "let's get a hockey guy who lives in another country. Awesome." The lovebirds reunited on New Year's Eve in 2008 and made it official by sharing their first kiss as the ball dropped at Times Square at midnight. It was one more year of low-profile dating for the couple before Fisher got down on his knees on December 20, 2009. Since Fisher is not a PDA guy or over-the-top lover, he proposes to Underwood during their regular cozy afternoon at home. 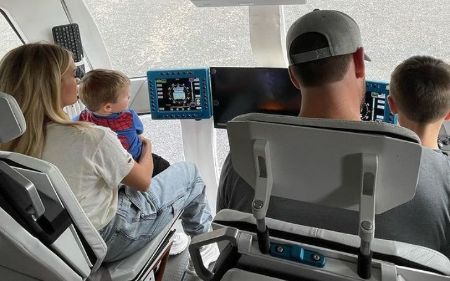 The pair are doting parents to two sons. SOURCE: Instagram

Underwood and Fisher tied the knot on July 10, 2010, at the Ritz-Carlton resort on Lake Oconee, Georgia. Their newly married life posed the same problem for the couple. Because of their respective vocations, Carrie and Fisher had to divide their time between Nashville, Tennessee, and Peterborough, Ontario, until Fisher's transfer from Ottawa Senators to Nashville Predators in February 2011. The low-key couple welcomed their firstborn, Isaiah, in February 2015.

The pair opened up about their married life in Mike and Carrie: God & Country!

"He's such a great dad, and he's so supportive of what I do, and I'm supportive of him, and we just love our little family," Underwood said in an interview before further gushing, "my husband is as wonderful as he is hot, and I feel like that's rare." The pair suffered three miscarriages before welcoming their second son, Jacob, in January 2019. The happily married pair have since taken on new hobbies and ventures, including their beekeeping adventures and their short film series, Mike and Carrie: God & Country.

Get to Know Carrie Underwood's Husband and Kids!

Fisher was one of the star players in the Ottawa Senators when he first met Carrie, but the Canadian-American hockey player has since called quits on his NHL career. Fisher's stint in the NHL was a result of years of dedication as the Ontario-born grew up honing his skills at the Peterborough Minor Hockey Association. Mike debuted with the Senators in 1999 after being drafted in the second round in the 1998 NHL Entry Draft. 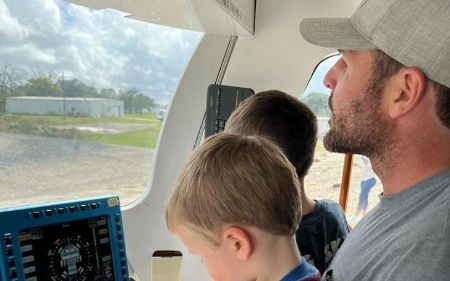 Fisher's stint with the Nashville Predators started in 2011, and he played for the team for eight seasons, winning the NHL Foundation Player Award in 2012 and leading the Predators to the 2017 Stanley Cup Finals. Fisher announced his retirement in August 2017, only to end it after a few months in January. But Mike's coming out of retirement was in vain when the hockey player really called it quits in May. "I've milked this cow as long as it'll go. It's bone dry," Mike said.

The retired hockey player has since been tending to his super busy wife and their two adorable kids. The pack of four has even accompanied the Grammy-winning singer in some of her tours and concerts. The duo's oldest, Isaiah, is lovingly called "The Mayor of Catering," as his mom reveals he has been getting accustomed to life on the tour. The 7-year-old already made his singing debut on his mom's track, Little Drummer Boy. Underwood's youngest, Jacob, on the other hand, recently turned four. "This was yesterday…and now you are 4," Carrie wrote as she shared a throwback picture of Jacob as a baby.