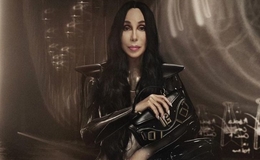 Cher debuts new relationship with Alexander 'AE' Edwards, 40 years her junior: The singer has been married twice and is a mother of two.

Cher has taken the "love knows no age" adage to a whole new level. The Grammy-winning singer has dated many high-profile men throughout her decades-long career, but Cher's current relationship is a shocker. The Dark Lady crooner was spotted holding hands with a 36-year-old music executive earlier this week, and Cher being Cher, took it upon herself to reveal the suspect. The Academy-winning singer backed the revelation, received with much hatred and bashing, with reasons and love.

Cherilyn Sarkisian, 76, is as iconic as she is relevant to modern pop culture. A naive but audacious teenager then, Cher's journey to stardom and becoming the ultimate mega-star started in the 60s. Cher's professional and love life are intrinsically connected given that the singer's first husband, Sonny Bono, already an established performer when he met Cher, helped the aspiring to get her break.

Cher, 76, and Alexander 'AE' Edwards, 36. sparked dating rumors after the pair were spotted holding hands after a trio dinner date with rapper Tyga in West Hollywood over the weekend. Cher has since taken to social media to confirm the speculation. Cher posted a close-up snap of Edwards with the caption, "Alexander," followed by a heart emoji. The Grammy winner probably anticipated fans' reaction to her and Edwards's age gap and was good and ready to clap back. 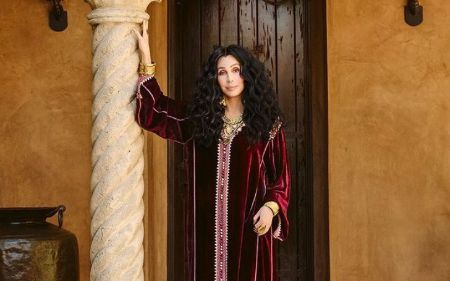 In a series of cryptic tweets, some deleted since the I Got You Babe crooner proved that she has indeed got her new babe's back. "Love doesn't know math, it sees," Cher wrote in response to fans' shared concern. The legendary singer asserts she isn't bothered by the age difference or Edwards' true intention towards her, for that matter. Warning Cher of Edwards' past dating record and infidel nature, an ardent fan posted a lengthy tweet.

Cher and Edwards were spotted on a date with rapper Tyga!

"I'm not sure how to feel about this," the fan writes, adding, I've been a fan for so long that I'm immediately suspicious of his intention towards you. Want you to be happy and not taken advantage of." Replying to the fan, the Grammy winner tweets, "I wasn't born yesterday. "What I know for sure is there are no guarantees. Anytime you make a choice, you take a chance. I've always taken chances. It's who I am. 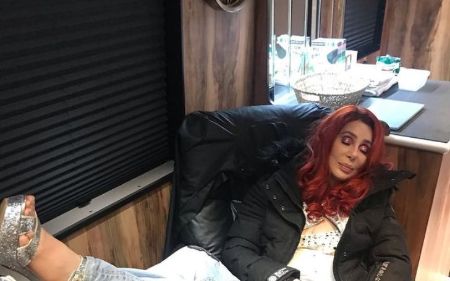 The pair reportedly met during the Paris Fashion Week in September. Cher also revealed how the music executive has been treating her like a queen. The singer-turned-actress hasn't revealed any romances in years and previously noted how she was still pursuing love, just not publicly. "The problem I have with all the boyfriends lately is that I don't want to go any place with them because you can't keep a relationship going in this kind of goldfish bowl," the singer said in an interview.

Edwards may come off as a no-one in front of the iconic Cher, but he isn't a new name to pop culture enthusiasts. A music executive and a VP, Edwards holds stellar credits and a spot in the music industry. Alexander previously worked at Tyga's independent label, Last Kings Records, and is best friends with the rapper. He currently works as a VP of A&R at Def Jam, which represents names like Rihana, Justin Bieber, and Alessia Cara.

But despite his excellent work profile, Edwards is attracting many trolls for his past mistakes. The music executive famously dated model Amber Rose, with whom he shares a son. Rose revealed the pair met in 2015. Debuting their relationship and also gushing about Edwards, the model wrote, "I wish we could’ve been together this whole time, from the day I met you in 2015." 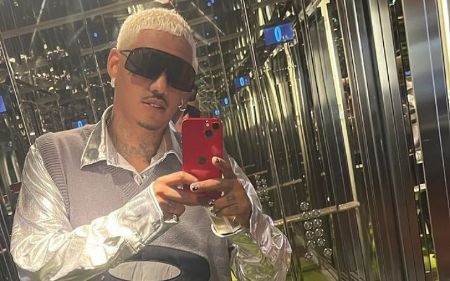 The pair welcomed their son, Slash Electric Alexander Edwards, in October 2019 and enjoyed another year of dating bliss before calling it to quit in August 2021. Although she didn't drop Alexander's name, Rose made it pretty clear that the music executive cheated on her with 12 different women. "All 12 of y'all bums (The ones that I know of, there's probably more) can have him. Y'all very much knew he was in a relationship with a baby and y'all decided to f**k him anyway," wrote Amber, who also shares a 9-year-old son with Wiz Khalifa.

The Goddess of pop boasts a dating history as iconic as her career. Despite marrying a few and dating many, and even establishing herself as a gay icon, an honor endowed to her by the LGBTQ community because of her style, longevity, and exemplary success, Cher has never let her chaotic love life define her. "Like dessert. Man is absolutely not a necessity," Cher says in a popular clip. She adds, "I adore dessert, I love men. I think men are the coolest. But you don't really need them to live." 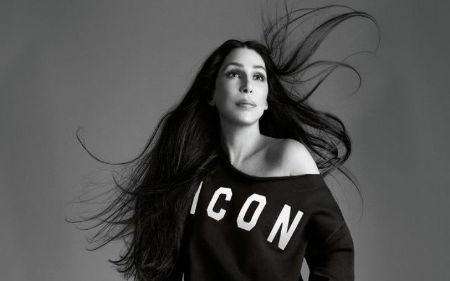 Cher has been married twice and is a mother of two. SOURCE: Instagram

The pop icon's first relationship is perhaps her best-known. Cher and Sonny Bono were married and work partners for nearly a decade. The Mama Mia actress met Bono during her teen years, and together, the duo created a brand that would last longer than their relationship. The pair were married from 1964 to 1975, during which Cher experienced multiple miscarriages and welcomed one son, Chaz Bono, 53.

Following her divorce from Bono, Cher swiftly entered into another marital tie with Gregg Allman, only to call it off in a week and reconcile shortly. The duo welcomed their son Elijah Blue Allman in 1976 and called off their marriage in 1979. The Academy winner even dated David Geffen, who later came out as gay. The singer-turned-actress also famously dated Tom Crusie, who she said was her "greatest lover ever." Cher's other high-profile romances include Val Kilmer, Riche Sambora, and Tim Medvetz.