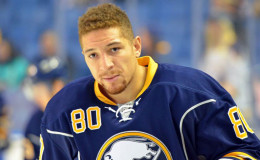 Chris Stewart and his wife Holley Stewart tied the knot in 2013. They together welcomed twin, Christian Stewart and Connor Stewart in 2014.

Minnesota Wild star Chris Stewart had a tough childhood, growing up in a poor family. But now tables have turned and he is living a blissful life everyone dreams of with his wife of five years Holley Stewart along with a successful career. Most recently Stewart is also placed on waivers by Minnesota Wild.

Stewart and his wife Holley have been happily married since 2013. They are blessed with a twin, sons, Christian Stewart and Connor Stewart. We have all the details about Stewart's married life here.

The couple tied the knot in 2013 and are together since then. Chris and Holley are proud parents of a twin, Christian Stewart and Connor Stewart. Holley gave birth to the twin in 2014. 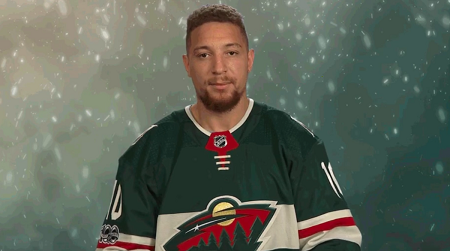 The 30-year-old Canadian professional ice hockey forward is a super dad as he is very loving and caring. Talking about his fatherhood, Stewart said back in 2015:

"I don’t mind changing diapers. I can handle it. But, you know what my specialty is? Bath time. I’ve come to be pretty good at it. There might be the odd drop of water or two that gets on the floor, but it’s all good.”

Talking to another interview with TwinCities, Stewart said:

“When you can come home now and turn your brain off, realize there’s something bigger than hockey going for you, that you can shape and mold their life and provide things for them you never had for yourself growing up, to hear the smiles and giggles, is definitely the best part of my day,”

The pair has maintained a low profile in the media as they rarely made any public appearance together. They, however, have been involved in several charity events time and again. Reportedly, they donated several items such as video game consoles, washers, dryers, and alarm clocks to a Hope 4 Youth shelter for the support of homeless families and at-risk children.

Boys are ready for their first #mnwild game pic.twitter.com/Li68NBOiUT

The couple resides in their home at California raising their twins.

We can assume that Stewart is living happily and divorce won't be an option in their relationship.

Stewart who played for the Kingston Frontenacs during his early career has been placed on waivers by the Minnesota Wild. The ice hockey team based in Saint Paul, Minnesota announced the news 25 February 2018.

Stewart who scored total 13 points with nine goals and four assists in 47 games this season will be on Wild's roster, in case if he clears waivers. 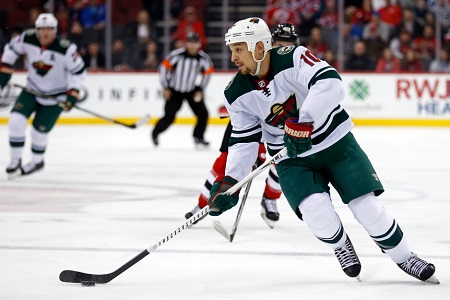 “We don’t know what’s going to happen yet. Nothing might happen. But I think doing this, if someone picked him up, it would give him an opportunity to play a lot more, I think. If it doesn’t, who knows. You don’t have to send him down.” 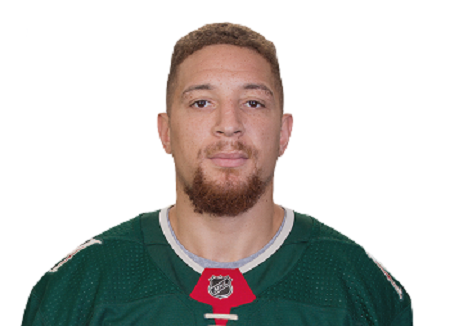