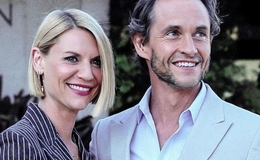 Claire Danes and Hugh Dancy have been married for over ten years and have two kids, with a third on the way: Complete story here!

From her early success as a teen star on television to portraying the most versatile and fierce characters on the silver screen to making her mark as an acclaimed star in theatre, actress Claire Danes is who we call an all-rounder. At her career peak, Danes was named Time's one of the 100 most influential people in the world. Danes, 43, a daughter of a sculptor and photographer, realized her knack and penchant for acting very early on. Claire's skills and imminent breakthrough in the industry were as clear as daylight, so it happened as she went on to star in Dudley, Law & Order, and My So-Called Life as a teenager.

Claire has accumulated a host of accolades in her stellar three decades in the industry, including three Primetime Emmy Awards, four Golden Globes, and two Screen Actor Guilds Awards. The actress is also widely respected for her ideal marital relationship with fellow actor Hugh Dancy, with whom she is gearing up to welcome her thirdborn. Claire and Hugh have been married since 2009.

From reel to a real couple: Claire and Hugh met on the sets of their drama filming Evening in 2006. And as most co-workers' love unfolds, the pair first decided to be friends. But the Golden Globe-winning actress explains she had more reasons not to pursue anything romantic. "I was very recently single, and I had never been single before, so we were just friends for a while," the My So-Called Life actress shares. The pair's co-star Mamie Gummer also recalls witnessing Claire and Hugh falling in love on the set. 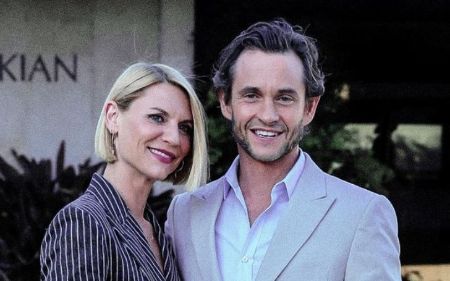 Claire and Hugh have been married for thirteen years. SOURCE: Instagram

"I was there when it was happening, and it's something that I will never forget. I'm incredibly happy for them. They are perfect for each other," Mamie says. As Danes and Hugh's friendship slowly escalated, the two started dating but kept things away from the limelight. The low-key couple's engagement news in February 2009 wasn't much of a surprise, and neither was their private wedding, which took place after six months in September. 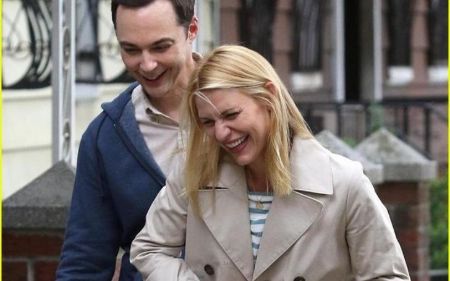 Claire and Hugh fell in love on the sets of their 2007 film Evening. SOURCE: Instagram

The pair wrapped up their private ceremony in France and subsequently entered into parenthood, again, with much secrecy. The twosome was blessed with their firstborn, Cyrus Michael Christopher Dancy, in December 2012, followed by the birth of another son, Rowan Dancy, in August 2018. The long-married couple is now expecting their thirdborn. Danes and Hugh may prefer living under the radar, but the actress seldom gushes and reflects on her marriage with Dancy, whose presence hit her with a weird epiphany that said Dancy was "the one." 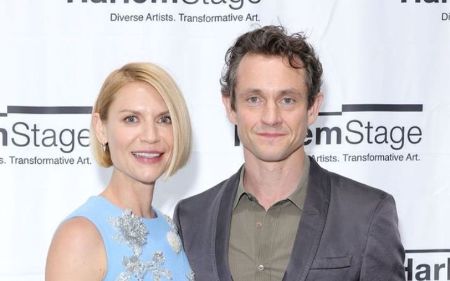 Claire and Hugh fell in love on the sets of their 2007 film Evening. SOURCE: Instagram

"Oh s---! I think I'm going to marry this person," Claire says, recalling the moment she realized Dancy was the one. For the Emmy-winning actress, her parents' successful marriage has always been the benchmark she tries to live up to. "My mum Carla taught me that a long marriage can work," Claire shares, adding, "my parents have been together since they were 18, so I am privileged to have them as role models. I like marriage. I feel very secure."

While Danes is a prolific actress, her husband's acting career is no less stellar. Dancy, 47, is a native of Stoke-on-Trent, Staffordshire. Hugh's most notable credits are David Copperfield, Ella Enchanted, Shooting Dogs, and The Jane Austen Book Club. The Brit recently starred in Hulu's The Path and has been playing an assistant district attorney in NBC's revival of Law & Order.

Most Hollywood stars have a terrible romantic past that they can't quite get rid of, and Danes, unfortunately, is one of those celebs. Before meeting and falling in love with Dancy, the My So-Called Life actress dated actor Billy Crudup, who is 11 years older than her. The pair's romance, which lasted three years until 2006, was a tabloid magnate and certainly the scandal of the year when it ensued in 2003. 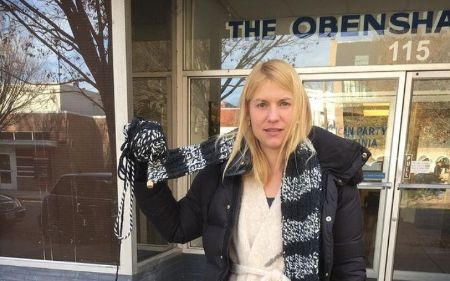 Danes' relationship with Billy involved the actor's seventh months pregnant girlfriend, actress Mary-Louise Parker. Words soon spread that Billy had left his girlfriend of eight years, who was also heavily pregnant, for the significantly young Claire. The Emmy-winning actress and Crudup had reportedly known each other for years, and it was only after they starred in the 2005 film Stage Beauty that the duo felt an inevitable attraction toward each other.

"That was a scary thing. It was really hard," Danes says of the relationship scandal. The Homeland actress reasons, "I didn't know how not to do that. I was just in love with him and needed to explore that, and I was 24 ... I didn't quite know what those consequences would be. Claire and Crudup remained private and seemingly walked on eggshells during the tabloid-heavy period of their life- ultimately, calling it quits in 2006.

Did Billy cheat on his pregnant girlfriend with, Claire Danes?

The Fleishman Is in Trouble star's young love was actor/musician Ben Lee, who she dated for six years before breaking up in 2003. Lee has since been married to actress Ione Skye, with whom he shares one kid. As for Danes' husband Hugh, the Brit's dating profile is a mystery. Claire seems to be the first public figure in Hugh's dating career.