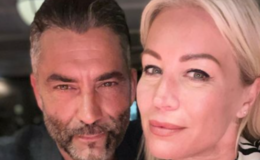 Denise van Outen is a presenter, actress, singer, and dancer from England. In this article, learn all about Outen's personal life.

Denise van Outen is a presenter, actress, singer, and dancer from England. The 48-year-old actress has appeared as Roxie Hart in the musical Chicago on both the West End and Broadway.

Outen has also hosted the show known as The Big Breakfast. She served in that capacity on the reality competitions Any Dream Will Do, Born to Shine, and Ireland's Got Talent, which aired for two seasons.

Following the breakup with her partner Eddie Boxshall, Denise Van Outen has made her relationship with her new boyfriend, Jimmy Barba, public. At the 12th annual Grand Prix Ball, which took place on Wednesday, the former Big Breakfast anchor made her first public appearance with her new partner, property developer Jimmy. 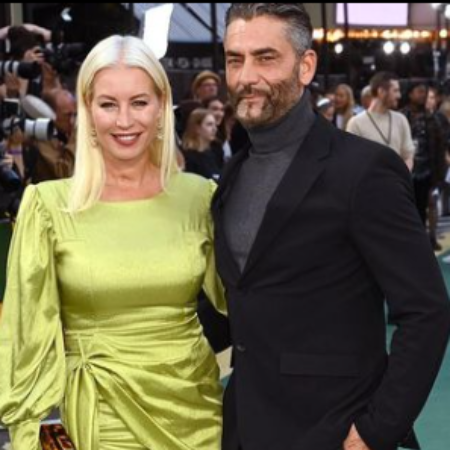 Denise Van Outen has made her relationship with her new boyfriend, Jimmy Barba, public. SOURCE: Instagram

The pair took pictures together for the photographers as they strolled down the red carpet outside the event held at The Hurlingham Club in London. The two people are said to have been put in contact with one another by their common acquaintance, Shaznay Lewis, who is a member of the band All Saints.

Denise van Outen was romantically involved with Eddie Boxshall, whom she dated for more than seven years. After making their relationship public in 2014, Denise and Eddie's relationship gave off the impression that it was getting stronger and stronger until they announced in 2022 that they had broken up. 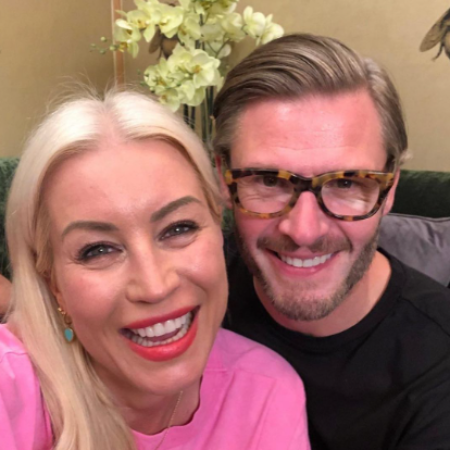 Denise van Outen was romantically involved with her ex-fiancé Eddie Boxshall, whom she dated for more than seven years. SOURCE: Instagram

The now-former pair used to share a home in Chelmsford and were frequent guests on the popular television show Celebrity Gogglebox, which is broadcast on Channel 4. Eddie is a commodities trader by profession and focuses on the oil industry.

As per Metro, in Outen's book, A Bit Of Me: From Basildon to Broadway and Back, she had previously discussed how she ended her relationship with Eddie, with whom she had appeared on Celebrity Gogglebox. She recalled seeing romantic messages addressed to three women on her boyfriend's iPad, and she wrote, "Among photographs was a screenshot... of a woman's breasts - and they most certainly weren't mine!"

A flirtatious text exchange between Eddie and this woman also rang alarm bells, as one might expect. Eddie later stated that he was "very ashamed" of his behaviour but stressed that he would "always love" Denise despite his behaviour in the past.

"I harmed Denise, I betrayed her confidence, and I am truly sorry," I said. I am ashamed I sent those messages," Boxshall shared with The Sun. "I've attempted to apologise to Denise. I have texted and emailed her several times, telling her that I love her and that I'm sorry for what I've done, as well as that I'm embarrassed and ashamed of myself for what I've done.

Denise van Outen Was Married to Lee Mead In 2009

From 2009 to 2013, Denise van Outen married Lee Mead, known for his work in English musical theatre. Lee gained significant notoriety for his performances in musicals such as Joseph and the Amazing Technicolor Dreamcoat, Wicked, and Legally Blonde: The Musical. 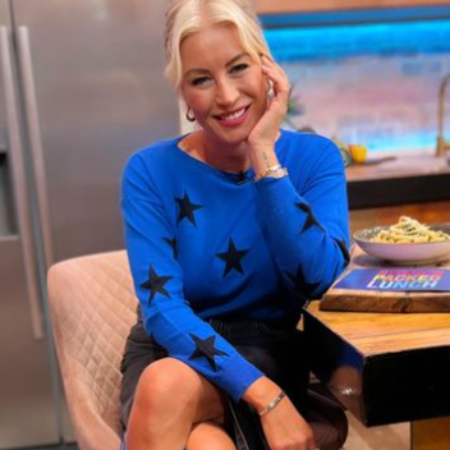 Lee and Denise first connected on the television show Any Dream Will Do, where she served as a judge, and he competed. The couple married in 2009 and have a daughter named Betsy.

During the time leading up to their divorce, the couple's marriage was a popular topic of discussion, and Denise was quoted as remarking at one point, "It is tough. We have not run into one another. I began working on Strictly in September, and since then, it feels like we've just been ships passing in the night. I'm not going to sugarcoat it; the relationship is under significant stress because of it."

In 2001, Denise van Outen dated Nick Moran, an English actor and filmmaker. She had a relationship with Jamiroquai's main singer Jay Kay from 1998 to 2001. The couple had a brief engagement before breaking up in the year 2001. 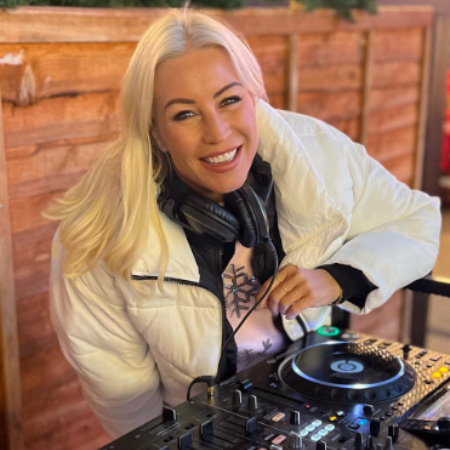 After the split, Outen had a relationship with Richard Traviss, who owned a nightclub, but despite becoming engaged in 2003, they eventually broke up in 2005. They never reconciled.

On May 27, 1974, Denise van Outen was born in Basildon, Essex, England. Terry and Jackie are her siblings, and she also has a brother. She was just seven years old when she started acting as a model for knitting designs and showed an early talent for performance. Because of this, she eventually enrolled in the Sylvia Young Theatre School.

On May 27, 1974, Denise van Outen was born in Basildon, Essex, England. SOURCE: Instagram

In 1986, Outen had the character of Eponine in the musical Les Misérables. The role paid for her school expenses and the production of Stop the World - I Want to Get Off, directed by Anthony Newley and A Midsummer Night's Dream with the Royal Shakespeare Company.

Denise appeared in several episodes of several television shows when she was a teenager, including Kappatoo and The Bill. She was featured in a commercial titled Drinking, and Driving Wrecks Lives in 1992. In addition, she collaborated with Melanie Blatt to provide the ensemble Dreadzone with backup vocals.