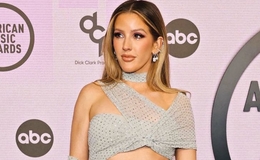 Ellie Goulding's boyfriends over the years: The Grammy-nominated singer has been married since 2019 and shares a son with her husband, Caspar Jopling.

Ellie Goulding is a relatively new yet established star in the pop world. The world was introduced to Goulding's sweet, piercing voice when the singer covered Elton John's Your Song in 2010, the same year she released her hitmaker Lights. Goulding was an up-and-coming star in her nation before the breakthrough, with her singles ranking at UK Charts and winning the BBC Sound of 2010 poll. Goulding's career has very much branched outside of her native. Goulding is now a Grammy-nominated singer with a slew of hits under her belt.

Elena Jane "Ellie" Goulding was born on December 30, 1986, in Hereford, England. Ellie initially prepared herself to work on the screen, but her diffidence got the best of her. "I was painfully shy," Goulding adds, "singing seemed to be a way for me to have confidence while not being confident." It's not every day the blonde Brit's love life makes it to the headline, but Ellie recently invited (unintentionally) scrutiny of her personal life after she addressed cheating rumors.

Goulding is currently happily married to her husband of two years, but there was a time when the Brit jumped from one relationship to another. The Love Me Like You Do crooner dated BBC Radio 1 DJ Greg James during her early years. The pair's relationship reportedly lasted only eighteen months. Goulding recalls how she started dating Sonny John Moore while still processing her breakup with Greg. I didn't see it coming at all, especially after such a sad time breaking up with Greg," Ellie says while dishing on her quick romance with Sonny. 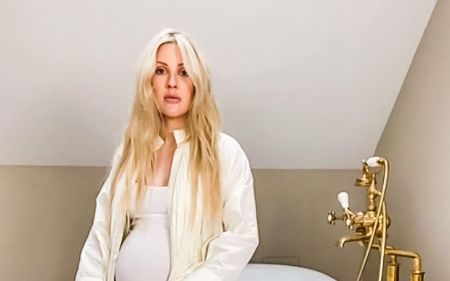 Ellie's split from Sonny Moore in 2012 was followed by another romance in the singer's life. The singer swiftly entered into a relationship with actor Jeremy Irvine after her fresh break. The duo called it quit within a year in 2013. The Grammy-nominated singer isn't unfamiliar to the industry's rumor mills generating romance rumors once in a while, and Ellie has been a part of the speculation a couple of times; the Lights crooner was romantically linked with Calvin Harris in 2013.

Whether it was their cute chemistry in their MV, I Need Your Love or the pair's friendship that sparked the rumor, but it was never confirmed. Goulding famously and reticently dated Ed Sheeran in 2013. The singer pair were first linked after Goulding and Sheeran were pictured holding hands at the 2013 VMAs. Goulding, at the time, denied having any romantic involvement with Sheeran, but the Shape of You hitmaker's statement suggested otherwise. 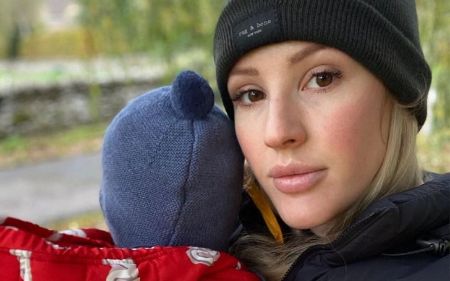 "I love that holding hands with my friends means we're an item. In that case, I am in many relationships. Lover, not a hater," Goulding said while denying the rumor. Sheeran later cleared that the two were an item for a brief time. "I mean, normal people don't hold hands if they're just friends. It was going on. And now it's not," Sheeran said. Goulding faced an infidelity accusation when Ed released his song, Don't, which talks about an on-and-off relationship ending with infidelity, in 2014.

Did Goulding cheat on Ed with Niall?

Goulding was accused of cheating on the Grammy winner with singer Niall Horan, with whom she was spotted making out amid her romance rumors with Sheeran. A fervent recently came after Ellie about the dated cheating rumor, and the singer quickly shut it down. "Can't believe u cheated on ed with Niall but slay fr," a fan wrote on Ellie's Tik Tok post, to which she replied, "False!!!! But also slay." Goulding has also been linked with Prince Harry and Bobby Rich.

Goulding married art dealer Caspar Jopling in August 2019, and the pair have since welcomed a son together. Goulding started dating Caspar in March 2017. Goulding's relationship with Jopling surprised not only her legion of fans but also the singer herself. The Lights singer describes how she always thought of settling down with a fellow musician. "In some kind of romantic way I thought, I'm a musician and I'm going to end up with a musician, and it's going to be so nice," the singer explained. 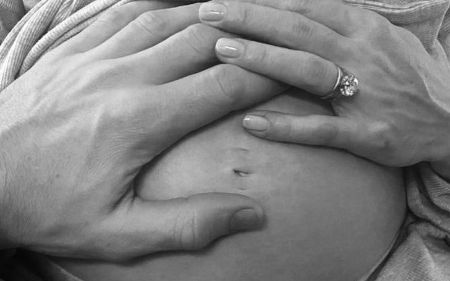 The musician and art dealer pair were reportedly introduced by Princess Eugenie, who is close to Goulding. The new lovebirds announced their engagement after months of dating bliss in August. The pair tied the knot on August 31, 2019, and welcomed a son, Arthur, amid the pandemic in 2021. "Becoming pregnant kind of made me feel human. I want a better word than womanly," the singer said after giving birth to her son. 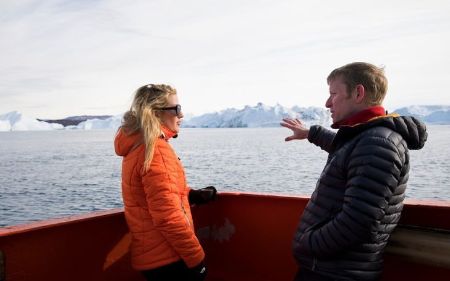 Goulding and Caspar tied the knot in 2019. SOURCE: Instagram

Goulding's lesser-known husband, who reportedly calms her in a way no one could, is an art dealer at Sotheby's in strategy and Contemporary Art. He has a degree in MBA from Oxford and has also studied at Harvard. Jopling comes from a renowned family as he is the grandson of former conservative MP Michael Jopling and the son of Nicholas Jopling.