Home Article Is Ashley Olsen Married? Inside Her Relationship History

Is Ashley Olsen Married? Inside Her Relationship History 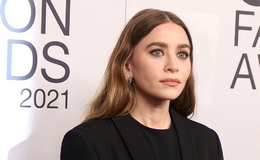 Ashley Olsen is reportedly a married woman: The actress-turned-fashion designer has tied the knot with Louis Eisner in a secret ceremony!

Ashley Olsen is an actress-turned-businesswoman. Ashley's introduction also coincides description of Mary-Kate Olsen, her twin sister. The Olsen twins have pretty much followed and stumbled upon the same trajectories. The blonde pair are notoriously private and yet have cemented an atypical brand that's been thriving for decades. Ashley and her twin grew up hand-in-hand with a career on the screen initially, which they very much disliked, to paving a path for themselves in fashion. "I would never wish my upbringing on anyone," Mary Kate once said while recalling their lives in the spotlight.

Ashley Fuller Olsen, 36, became a household face, along with her sister, starring on beloved shows like Full House, Double, Double, Toil and Trouble, The Adventures of Mary-Kate & Ashley, and Two of a Kind. The sister pair took retirement from acting at 21 and have since ventured into fashion and philanthropy. Mary got hitched to Oliver Sarkozy in 2015 and divorced him in 2021, whereas her sister Ashley is a newly-married bride.

The Olsen sisters spent a large portion of their lives under the media's constant scrutiny, and now that the pair have successfully shifted their careers to an industry that doesn't demand much media validation, the sisters seemingly want max privacy. Ashley's recently reported wedding is a testament to her long-desired wish to be left alone despite being a part of the glitzy world. The former actress has allegedly tied the knot with her longtime boyfriend, artist Louis Eisner. 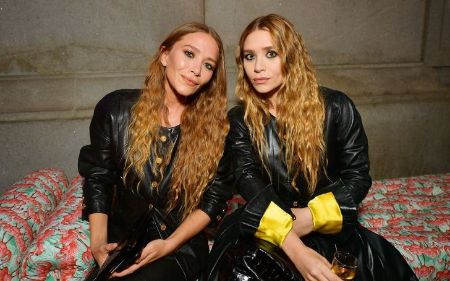 There was a time when Ashley didn't mind a snap or two and little gushy comments about her famous beaus, but the designer now prefers her life to be furthest away from the public eye. That being said, word of mouth is that the actress walked down the aisle with Eisner in a secret ceremony at a private Bel-Air home on December 28. Only a handful of guests were in attendance, and one of them revealed, "it went late with 50 people or so total."

Ashley Olsen and her longtime boyfriend, Louis Eisner, tie the knot after five years of dating!

The Full House actress started dating Eisner in 2017, and after almost two years of dating bliss, the pair sparked engagement rumors in June 2019. The actress-turned-designer was pictured donning an engagement ring while on a movie date with Eisner. The pair are yet to open up about their relationship and how things unfolded for them, but they seldom post pictures of their outdoor adventures on social media. Despite dating for a close seven years, it was only recently, at a nonprofit event, that the duo made their red carpet debut. 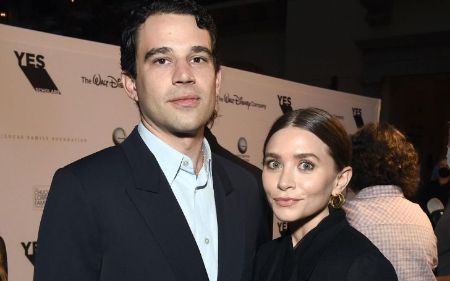 Ashley's low-profile husband boasts a prolific resume. Louis is a bi-coastal artist, more famously known as the son of prominent fashion photographer and jewelry designer Lisa Eisner. And like his new bride, Louis, too, prefers his peace over fame. "Louis just doesn't like the spotlight—even less so than Ashley," a source shared before explaining, "he's a long-term relationship kind of guy, but he doesn't follow societal norms."

During her years in front of the camera, Olsen had a few tabloid-favorite relationships and some rumored romances that were never confirmed. The Two of a Kind alum dated producer Matt Kaplan while he was playing quarterback on the Columbus Lions Football in 2001. The couple dated for three years. Kaplan is now married to Claire Holt. Following her split from Matt, Ashley delved into another relationship with restaurateur Scott Sartiano, who she met through her co-star John Stamos, in 2004. The relationship reportedly lasted less than a year. 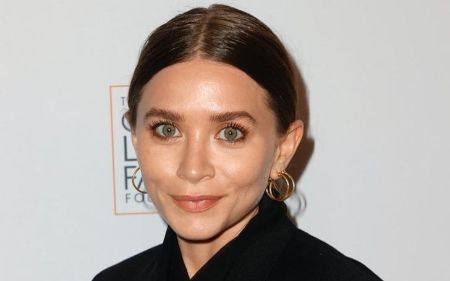 Although Olsen has consistently steered away from speaking about her love life, fans gained a perception of Olsen as a girlfriend when actor Dax Shepard revealed their secret relationship that took place more than a decade ago. "I dated Ashley Olsen. And she's just the most wonderful person," Shepard said on the Armchair Expert podcast in February 2022. Dax added, "when we were dating, it was when she was putting all her energy and focus into launching that in a big way. So, I was able to see her meet with design teams and, like, run her s--t, and she handled her [business]." 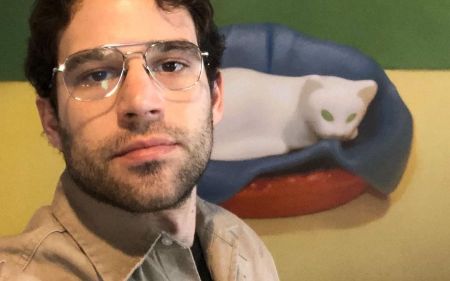 Ashley's most public or relatively public romance was with actor Justin Bartha, with whom she made a few red-carpet appearances. The pair dated for three years before calling it quits in 2011. Olsen's relationship history also includes rumored romances with actor Jared Leto, artist George Condo, director Bennett Miller, and the infamous cyclist Lance Armstrong. The actress-turned-fashion mogul was with CEO David Schulte in 2013.

The duo's romance fizzled out within months, but Ashley seemingly kept an amicable relationship with David, who was later appointed as the president of the Olsen twin's company, The Row. Schulte sued the twin sisters in 2020 after departing from his position, but the lawsuit's details were kept discreet.