Home Article James Cameron's Wives and Children: Everything to Know About the Oscar Winner's Personal Life

James Cameron's Wives and Children: Everything to Know About the Oscar Winner's Personal Life 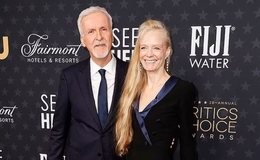 Who is James Cameron's wife? The multiple Oscar winner has been married five times and is a father to four children! Complete story here!

Rightfully called the box office king, James Cameron is a Canadian filmmaker. He is the man behind many iconic flicks, most of which exert Cameron's unparallel genius and innovation. James' genre-bending movies, like The Terminator, Titanic, The Abyss, and The Avatar, illustrate his gifts and talents as a filmmaker. As his recently released movie, Avatar: The Way of Water, crosses the $2 billion mark globally, Cameron officially sets history as the only director to helm three films to earn such humungous figures.

James Francis Cameron was born on August 16, 1954, in Kapuskasing, Ontario, to an electrical engineer and a nurse; hence, safe to say that all talents need not be innate. Cameron taught himself filmmaking in his 20s. Cameron is now a three-time Academy-winning director, making him one of the most successful globally. He is also a producer, screenwriter, and editor. James' life ranks among other headlines again as the director reiterates his king of the box office title.

Cameron's list of acclaimed films is many, and so is his relationship history. The Oscar winner, at 68, is an experienced husband. He has walked down the aisle five times and is now married to his fifth wife, actress Suzy Amis. Like all Hollywood legends, Cameron has his pre-fame relationships, the ones we rarely know about, and his post-fame relationships, which seldom overshadow his professional feats. Cameron was yet fully venture into professional filmmaking when he married his first wife, Sharon Williams. 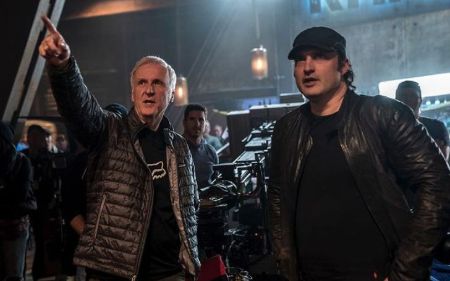 Very little is known about James' first marriage, but it is known that the Canadian director's first wife was a waitress and an aspiring actress when the two fell in love. As the then-novice director was doing odd jobs himself while harboring a big dream at the time, we can't see why the two wouldn't help but fall for each other. The pair tied the knot in 1978 when Cameron shot his first film, Xenogenesis. Cameron and Williams called it quits in 1984; he had already achieved the status of a celebrated director by then.

James' Avatar: The Way of Water has crossed the 2 billion mark globally!

Cameron's next wife, Gale Anne Hurd, was his colleague on the 1984 blockbuster The Terminator. Although it is rarely talked about, there's a high possibility that Cameron's first marriage came apart because of his romance with Hurd, whom he married almost immediately after his divorce in 1985. But unlike James' first marriage, which lasted for good six years, his nuptials with Gale ended within three short years in 1989. Perhaps, Cameron's tactic to get over his last wife is by getting a new wife, as the Terminator filmmaker found himself within a year of his second divorce. 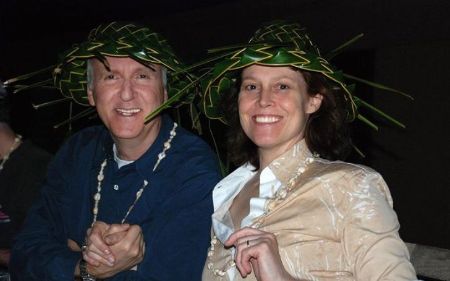 The Oscar winner walked down the aisle for the third time with fellow Oscar-winning director Kathryn Bigelow in 1989. Remarkably known as the first woman to win an Academy for best director, Bigelow was pitted against Cameron for best director in 2010 for her movie The Hurt Locker, while James made it in the nomination for Avatar. The two tied the knot in 1989 and finalized their divorce in 1991. Cameron decided to tread carefully for his fourth marriage but still couldn't get it right.

The Titanic director next married actress Linda Hamilton, who he had directed in The Terminator and 1991's Terminator 2: Judgment Day. But it wasn't a hasty marriage like his previous ones. The twosome started dating after James' divorce from Bigelow and eventually moved in together in 1991. The couple welcomed a daughter, Josephine Archer Cameron, in 1993 before calling off their marriage in 1997. Hamilton famously walked away with a $50 million settlement, and James had no qualms about entering another marriage hastily.

Who is James Cameron's Wife?

The Titanic director believes he has finally found the one. Cameron met his now-wife, Suzy Amis, on the sets of Leonardo DiCaprio and Kate Winslet- led movie Titanic. Amis plays Winslet's character, Rose's granddaughter Lizzy Calvert in the film. The pair didn't start dating immediately, but the rumors of their romance sparked amid Cameron's unraveling marriage with Hamilton. 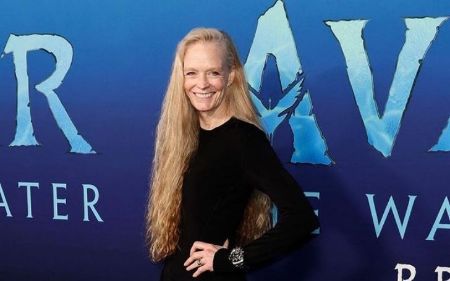 The director and actress pair tied the knot in 2000 and have since welcomed three kids, daughters Claire, Elizabeth, and James Quinn. Before meeting the legendary director, Suzy was married to actor Sam Robards, the son of Jason Robards Jr. and Lauren Bacall. Although Suzy's acting credits are rather short, she boasts a prolific resume in other fields. Amis is an environmental activist and author. On account of her extensive environmentalism, Suzy serves on the boards of various organizations like LIVEKINDLY and IMAGINE.

The Oscar-winning director and his wife are parents to three, and Cameron has one more daughter from his marriage with Hamilton. All of Cameron's kids have managed to stay away from the limelight, and it is not known if any of them have followed in their famous father's footsteps. The Canadian filmmaker often dishes on his role as a father and shares anecdotes about his kids. The director recently revealed that his kids aren't big fans of his blockbuster Avatar, but they liked his newly-released Avatar: The Way of Water. 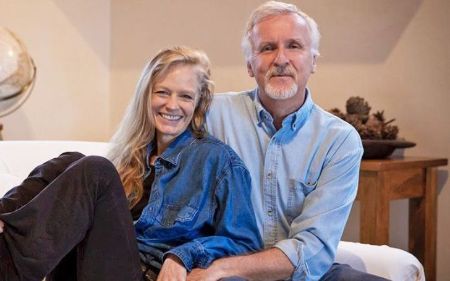 Cameron and Suzy are parents to four daughters. SOURCE: Instagram

"They're not necessarily big fans of the first Avatar. That's dad's thing; you know what I mean. But they do like the new film," James said. Alongside his four daughters, Cameron and his wife Suzy have also taken guardianship of a teenager, who is apparently a good friend of one of their three daughters. Cameron's petition for permanent guardianship in 2020 revealed that the girl's parents could not care for her.

The filing further revealed that Cameron's daughter and the girl "maintained a close friendship, connecting online daily and even visiting each other in their respective hometowns." The Terminator director has since been referring to the girl as his fifth daughter.