Home Article John Travolta's Wife and Children: Everything to Know

John Travolta's Wife and Children: Everything to Know 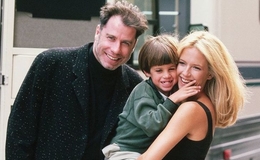 Inside John Travolta's tragic love story: The Academy Award-nominated actor has been married once and is a doting father of three!

known for his slew of blockbuster flicks like Saturday Night Fever, Grease, Pulp Fiction, Carrie, and Urban Cowboy, John Travolta has been a staple in mainstream films since his early breakthrough the 1970s. Travolta's stellar career has endowed him with a legion of die-hard fans and a host of accolades, including a Golden Globe, Emmy, Critic Choice Award, and two Oscar nominations. The age-hold heartthrob has been missing from the silver screen for a while now, and Travolta's personal life has everything to do with it.

John Joseph Travolta was born on February 18, 1954, in Englewood, New Jersey, to a semi-professional footballer father and an actress-turned-teacher mother. John and his five siblings all followed in their mother's love and unfulfilled dream in theatre. Travolta first rose to fame with music when he dropped his single Let Her In in 1976; it was only years later that he started gaining attention for his acting ability. The Oscar-nominated star has been married only once and has three kids with his late wife.

Till death did them part: Travolta exchanged the holy wedding vows only once in life, and that was with actress Kelly Preston, who tragically passed away from a prolonged cancer battle in 2020. Travolta, 68, who's now a widower and single father of three, remembers his beloved wife every day and now and then on Instagram. "Happy birthday to my favorite dance partner. We love you and miss you Kelly," John wrote on what would have been Kelly's 59th birthday. 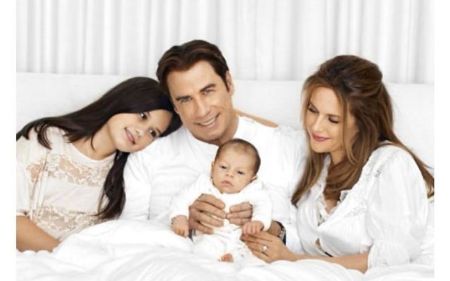 Travolta and Preston were married for twenty-eight years and had been together for little over three decades before Preston's death. The pair met while filming their 1989 comedy film The Experts. And just like the beginning of every tragic love story, it was an attraction at first sight. "I see, no lie, coming across the hall with his two dogs, this really hot guy," Preston says about her husband, Travolta, who couldn't have been more smitten by her during their first encounter.

Despite being one of the most adored and attractive couples, John and Kelly kept their relationship low-profile, and when they did decide to loosen up a bit about their brewing romance, the pair were already on the verge of becoming man and wife. Travolta proposed to Kelly after a brief dating bliss on New Year’s Eve at the Palace Hotel restaurant in Gstaad, Switzerland. Their Swiss-bound betrothal was followed by a family and friend-only wedding in Paris and another ceremony in Florida in 1991. 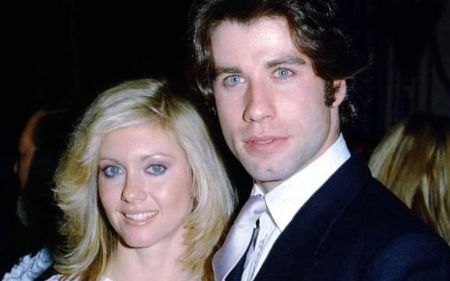 Travolta and Preston tied the knot in 1991. SOURCE: Instagram

The pair welcomed their firstborn Jett, a few months after their wedding in April 1992, and a daughter named Ella Bleu in April 2000. Travolta and Preston were hit by an unfathomable tragedy when their firstborn died of a seizure at 16 in January 2009. "I felt at times I was drowning. It felt like a sea of wet blankets," Travolta said while describing the loss. But life went on as the twosome welcomed their youngest, Benjamin, in November 2010. 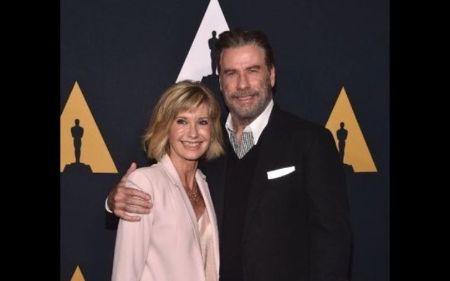 Travolta and Preston didn't let the insurmountable grief drown their relationship and instead strived to make everything work. Travolta's late wife once revealed how despite being the perfect match, she and John worked hard in their marriage. "A relationship doesn't just happen. You have to work at it. You've got to keep it fun and that's what we do," Preston said. The happy spouses made several onscreen appearances, including in Battlefield Earth, Old Dogs, and Gotti, before Preston's death.

Get to Know John Travolta's Wife and Kids!

Although not as famous as her Oscar-nominated husband, Preston's acting credentials were nothing short of stellar. The late actress landed her first notable role in 1985 in Mischief and went on to star alongside several big names, including Arnold Schwarzenegger in Twins, Tom Cruise in Jerry Maguire, and Kevin Costner in For Love of the Game. Preston had a high-profile relationship before John. 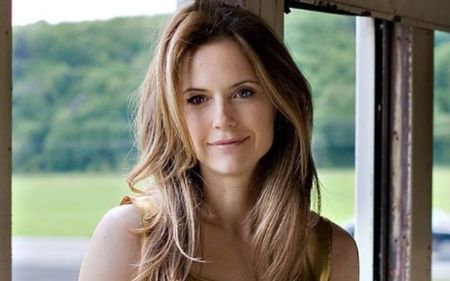 Preston died after a prolonged battle with cancer in 2020. SOURCE: Instagram

The Jerry Maguire actress was married to actor Kevin Gage when she met Travolta. "I was not that happily married, let's put it that way. I was really with the wrong person," Kelly once said about her first marriage. She met Gage during the filming of the 1986 cult-classic SpaceCamp. But the duo's marriage was brief, lasting only two years- from 1985 to 1987. Preston was with actor George Clooney in the 1980s and was even briefly engaged to Charlie Sheen, with whom she ended things after Sheen "accidently" shot her in the arm.

Preston was privately battling breast cancer during her last few years, and the actress's diagnosis and her grave struggle with the disease were only revealed after her death. "She had been undergoing medical treatment for some time, supported by her closest family and friends," Travolta's representative said. Travolta announced a hiatus to tend to his grief-stricken family after Preston died. The Pulp Fiction actor wrote, "I will be taking some time to be there for my children who have lost their mother, so forgive me in advance if you don't hear from us for a while." The Grease actor and his late wife delved into parenthood with the birth of Jett, whose death left a big void in the couple's life.

Kelly was married to Kevin Gage when she met John!

The two rarely spoke of their late son except on one occasion when Preston surprisingly revealed her son's condition. "[Jett] was autistic. He had seizures, and when he was very young, he had Kawasaki Syndrome," Kelly explained. Travolta is a proud father of Ella, who has made several appearances in her dad's films, including in Old Dogs and The Poison Rose. Ella has also dabbled in music. Travolta's youngest, Benjamin, 12, is a recurring face on the actor's Instagram, where John often shares clips of his son showing incredible and typical preteen talent in parkour.