Home Article Know more about the Becca Kufrin Personal life; Is she Dating someone? Find out her Current Relationship Status

Know more about the Becca Kufrin Personal life; Is she Dating someone? Find out her Current Relationship Status 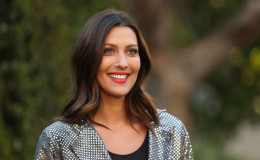 Know more about the Becca Kufrin Personal life; Rumored to get Engaged with The Bachelor star Arie Luyendyk Jr. Also, see her Previous Affairs, and Career

If you're a regular viewer of the series, The Bachelor, then surely the name Becca Kufrin rings a bell. There's a good news for all fans as according to the latest news, there's a probability she will be the next Bachelorette.

We're sure many of you are aware of her activity in front of the camera but what about behind the scenes. Who knows she is probably dating someone? Let's find out in the section below.

Kufrin is the current contestant on the E! series, The Bachelor and the event went on a private date with this year's bachelor, American auto racing driver Arie Luyendyk Jr. Both of them had a wonderful chemistry between them and she is one of the prospect to win the show.

The famous reality TV star gained immense fame from the show and because of her unknown background. After Arie and Kufrin decided to go on a solo date during the show, the reality star finds herself in a new controversy. 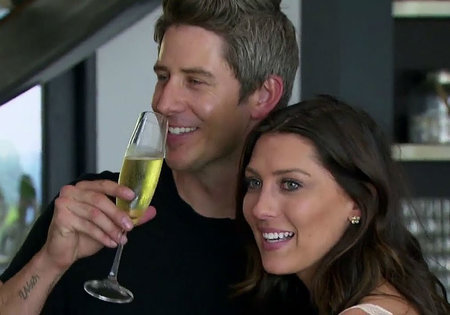 Becca Kufrin along with Arie during the show, The Bachelor
Source: Celebrity Insider

Reality Steve revealed big information that Becca and Arie are now engaged to one another. The rumor of their engagement started swirling when they posted some cozy pictures of them hanging around the pool. They shared pictures of them on the social media.

But just as when the pair was getting along, Kufrin's ex-boyfriend, Ross Jirgl came back into the scene and demanded he wants her back. For those of you may not know, Ross is a former Minnesota State football player.

Looks like the couple had to face multiple problems at the beginning of their relationship which can be said as signs of things to expect in future. And because of this problems, Arie had difficult time take any decision regarding marrying her or so it seems.

In an interview, he stated,

"I am happy, but I did fall in love with two women … it was very difficult. The whole time I was thinking more about what comes next, life outside of this, how this person fit with my life at home, would my friends and family like her. You have to think more logically and that is so hard because there is so much emotion involved. It really comes down to who’s a best fit and it’s a two-way street."

Looks like the couple decided to part ways as they don't seem to be together anymore. The reality star is currently in line to become the next The Bachelorette but she will be facing some tough competition from Lauren Burnham and Kendall Long.

Prior to enacting in the series, she used to work as a Senior Account Executive at Skyya Communication website. It's a public relations agency in Minneapolis. According to an interview, she cannot live without five things and those are, chapstick, facial lotion, bobby pins, popcorn, and stamps.

She is also politically involved and supports the Democratic Party. In the recent presidential election, she urged the fans to vote for Hillary Clinton. She is a proud owner of two pets, one dog, and a cat. 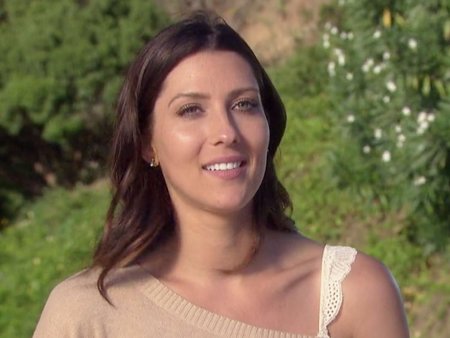