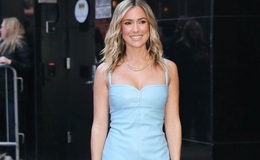 Inside Kristin Cavallari's dating history: The Laguna Beach: The Real Orange County star has been married once and is a mother to three children!

Fans have long been following the evolution of Kristin Cavallari, who is hands down one of the most talked about television personalities. From her early start in season 1 of MTV Laguna Beach: The Real Orange County and branching her profile to fashion and acting to ultimately garnering a reputation for dating a slew of NFL men, Cavallari has consistently kept the viewers on their toes. In recent years, the blonde beauty sparked many headlines for her turbulent married life and is now back in the news as she opens up about her love life.

Kristin Elizabeth Cavallari was born on January 5, 1987, in Denver, Colorado. An aspiring actress at the time, Kristin dropped out from Loyola Marymount University to pursue her dream and instead stumbled into reality series. She has since starred in Laguna Beach spin-off The Hills, Dancing with the Stars, and has raked several acting credits, including CSI: NY, The Middle, Adventures in Hollywood, Spring Breakdown, and Wild Cherry.

Being a reality star means putting up with the constant scrutiny of your love life and also thriving on the drama around your romantic ventures, and it has been no different for Kristin, whose personal life opened for public entertainment in 2004 when she signed up to become one of the twenty-one California-based students to showcase their lives on television. Kristin's earliest known boyfriend is her fellow Laguna Beach co-star Stephen Colletti, with whom she had an on-and-off relationship. 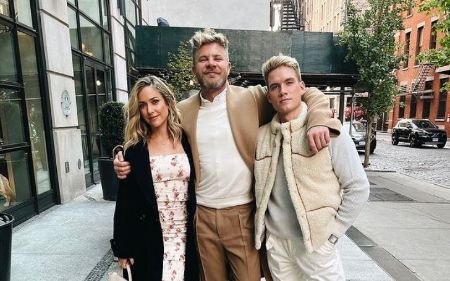 Cavallari, Colletti, and the latter's apparent fervor for Lauren Conrad was a central theme of the show, making the trio the main headliners of Laguna Beach for their love triangle. "Stephen was the most important thing in my life, and there was nothing I cared about more," Kristin said in her 2016 memoir Balancing in Heels. She adds, "I hated fighting with him on camera because it felt like I was airing all our dirty laundry."

Cavallari's stint on Laguna Beach also saw her getting romantically involved with Talan Torriero and Matt Leinart, who would later become NFL stars. The MTV fame's three short-loved romances on the show were followed by a fling with NFL player Matt Leinart. Kristin, 36, who founded the jewelry business, Uncommon James, in 2017, had an onscreen romance with her The Hills co-star Brody Jenner for about a year before she started hitting the headlines for allegedly getting involved with Hollywood hunks. 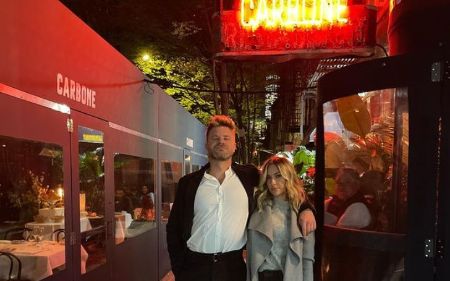 Cavallari was linked with singer Nick Lachey in 2006. The pair reportedly had a brief romance after Lachey's high-profile split from Jessica Simpson the same year. The MTV star moved on with actor Nick Zano immediately after her romance fizzled out with Lachey. Even though the pair's romance didn't make it to the news as much as it should have, the Laguna Beach fame seemingly got quite serious with Zano as she got his initials tattooed on her wrist. Kristin's romantic history also includes a couple of unconfirmed dating rumors. She is rumored to have dated actor Chris Evans and reality star Justin Brescia.

Out of her many romantic counters over the years, Cavallari is best known for her turbulent marriage with NFL star Jay Cutler. The reality star wasn't initially interested in Cutler, and she made it clear after her publicist tried to set her up with the NFL athlete. The pair subsequently ended up meeting after a year, and Cavallari was blown away by how well she connected with Cutler. The duo wasted no time and were immediately official with their romance and a whirlwind engagement. 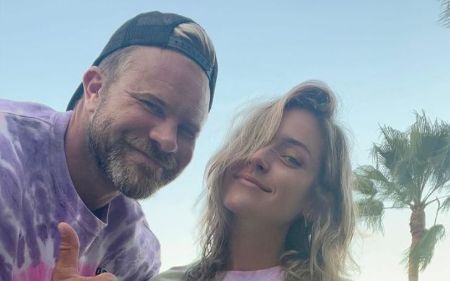 The reality star was married to Jay Cutler for over a decade. SOURCE: Instagram

Cavallari announced her engagement with Jay in April 2011 after only eight months of dating, only to show early signs of an imperfect relationship as the two called it quits in July. The two were back together within months and revealed they were expecting their firstborn in January 2012. The jewelry designer and Jay tied the knot in June 2013 after the birth of their son Camden in August 2012.

The pair would go on to have two more kids, Jaxon Wyatt Cutler, born in May 2014, and Saylor in November 2015. The couple usually put on a happy family face but were often on the end of constant media speculation. In 2018, Cutler was accused of being unfaithful to Kristin on her E! reality show, Very Cavallari. The pair ended their marriage, seemingly amicably, after their decade-long on-and-off and high-profile relationship.

Kristin and Cutler called it quits after more than a decade in 2020!

"We have nothing but love and respect for one another and are deeply grateful for the years shared, the memories made, and the children we are so proud of," Cavallari wrote alongside a picture of her and Cutler walking together. "This is just the situation of two people growing apart. We ask everyone to respect our privacy as we navigate this difficult time within our family," the Laguna Beach alum added. The estranged pair agreed to the joint custody of their three kids in May 2020.

Who is Kristin Cavallari Dating?

Cavallari is not the one to put a break on her extensive and consistent dating profile. The reality star-turned-designer kicked off her divorce blue by dating comedian Jeff Dye amid her divorce proceedings with Cutler. The actress was spotted getting cozy with the comedian on multiple occasions. "Kristin and Jeff's relationship is super hot and fiery right now," a source said while referring to the duo's frequent PDA-packed moments. But the romance fizzled out shortly, like most of her affairs. 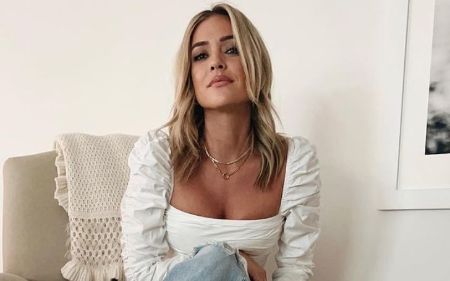 The last time we checked, Kristin was in a casual relationship with country singer Chase Rice. "No one serious though — I've just been having fun," the designer said about her romance with Rice. The duo's romance started and ended in mid-2021. If you thought Rice was Kristin's last flame, then the MTV alum is here to remind you that you are certainly mistaken. "My last date was public," Cavallari said before revealing that she last dated former Bachelorette star, Tyler Cameron.

Cavallari recently came clean about her dating life and preferences on Back to the Beach, which she co-hosts with her ex Stephen. "Here's my deal. I dated a hockey player. For me, now in my life where I'm at, it's more about schedules," the mother of three said, adding, "I don't want to say anything I'm going to end up regretting — but I don't think I want to date another athlete."