Lisa Marie Presley's Husbands and Kids: Everything to Know Here 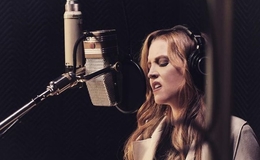 Known famously by her legendary surname, Lisa Presley was a singer-songwriter. She was the only child of the late icon Elvis Presley and his surviving wife, actress Priscilla Presley. Presley's death at the age of 54 has left the whole world stunned as the singer's demise came two days after her graceful appearance at the 2023 Golden Globe, which she attended with her mother. Lisa reportedly suffered a cardiac arrest in early January.

Presley was born on February 1, 1968, in Memphis, Tennessee. Being born to one of the most powerful couples in the industry at the time, Lisa spent most of her life in the spotlight. As she navigated her life as the only daughter of divorced parents- (Elvis and Priscilla separated when Lisa was four), Lisa found herself in the middle of a tabloid turmoil when he became an heir to her father's massive estate after his death in 1977. The late singer's personal life also drew much media attention throughout her life. Unlike her parent, who only exchanged vows with each other and didn't delve into another marriage after their divorce, Lisa married and divorced four men.

Talk about hard luck in love: Lisa was only a teenager when she started dating musician Danny Keough in the late 1980s. The pair's nuptial wasn't a hasty dive as they dated for three years and waited for Lisa to turn 20 before deciding on forever. Lisa and Danny tied the knot on October 3, 1988, and Lisa's only parent, Priscilla, approved. "I am thrilled for Lisa Marie. Danny is a great guy, and I couldn't be happier for the two of them," Priscilla said. The newly married were blessed with their firstborn, Danielle Riley Keough, seven months after their wedding in May. 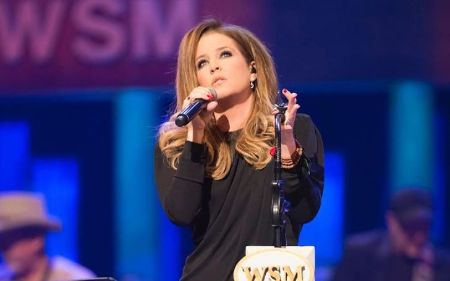 The twosome went on with their lives while keeping it relatively low profile. Lisa gave birth to their second child, Benjamin Storm Presley Keough, in October 1992. Lisa and Danny called it quits in May 1994, but the estranged pair remained amicable following their divorce. "You don't have to put your crap on your kids even if you are not together. You can still be civilized," the late singer said before weirdly calling her relationship with Keough almost "brother and sister" like. Keough resurfaced in the headlines when he served as a best man at Presley's fourth wedding.

Lisa perhaps holds the record for the fastest rebound relationship as the singer married for the second time only twenty days after her divorce from Danny. Presley's second marriage, although brief, remains one of the most talked about relationships in the entertainment industry. The Storm & Grace hitmaker married Michael Jackson in a secret ceremony on May 26, 1994. Lisa later talked about being in love with the legendary musician. "I am very much in love with Michael, I dedicate my life to being his wife. I understand and support him. We both look forward to raising a family," Presley said. 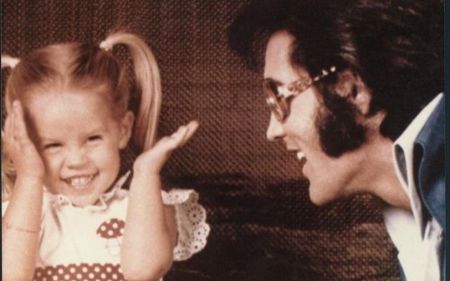 Lisa Marie Presley was the only child of Elvis and Priscilla Presley. SOURCE: Instagram

The pair's marriage fell apart, allegedly due to Jackson's persistent drug problems and accusations of pedophilia. "He had to make a decision. Was it the drugs and the vampires or me? And he pushed me away," Presley revealed years after her divorce from Jackson. Lisa was briefly engaged to musician John Oszajca in 1998 before she started dating Oscar-winning actor Nicolas Cage, whom she married in August 2002. The duo's romance fizzled out after less than five months, and Cage filed for divorce in November.

"I'm sad about this, but we shouldn't have been married in the first place," Presley said while Cage's statement read, "I did not comment on the marriage; I am not going to comment on the divorce. But I loved her." Nicolas said to be heartbroken by his ex-wife's death. "This is devastating news. Lisa had the greatest laugh of anyone I had ever met. She lit up every room, and I'm heartbroken," the Oscar winner said after Lisa's death. Presley's last husband before death was Michael Lockwood, who she started dating in 2003. 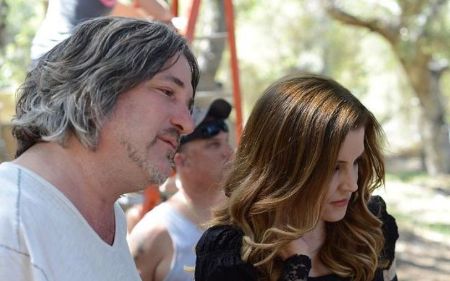 Lisa and Lockwood's wedding took place in Kyoto, Japan, on January 22, 2006, with Lisa's first ex-husband, Danny, serving as the best man and her family in attendance. The couple welcomed fraternal twins, Harper Vivienne and Finley Aaron, in October 2008, and after more than ten years of marriage, they finalized their divorce in 2021. The two seemingly didn't end things on a good note, as Lisa and Lockwood were embroiled in a years-long custody battle for their kids, with both parties spewing allegations on each other.

Who are Lisa Marie Presley's Kids?

Despite the excruciating trajectories of her life, Presley cherished one thing it had given her- her children. Being one of the best-known entertainment royalties, Presley knew what it meant to live life under the constant shadow of a popular family member. The late actress tried to distract her kids from the imposing burden. Her oldest kid, actress Riley Keough, once revealed how her mother and grandmother allowed her to find her own identity instead of looking and standing up to her late grandfather's legacy. 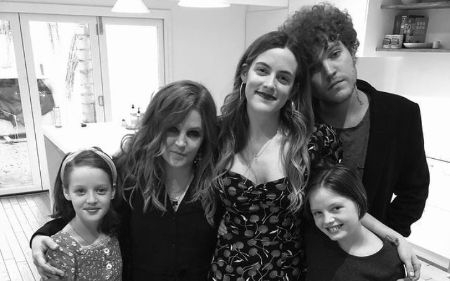 Lisa was a doting mother of four kids. SOURCE: Instagram

Riley is the best-known of Presley's four kids, with several film credits and a Golden Globe under her belt. Riley's notable credits include The Girlfriend Experience, War Pony, and American Honey. Presley's second kid from her first marriage, Benjamin, died of a self-inflicted gunshot in 2020. Benjamin was reportedly suffering from depression and insurmountable pressure. "It's a tough thing when you have a lot of pressure with your family and living up to a name and an image. It's a lot of pressure," Benjamin's friend said in a statement.

Presley's only son, Benjamin, died by suicide in 2020!

Lisa's youngest kids, twins Harper and Ann, are certainly the most adored in the Presley family. The twin pair turned fourteen last year. The young girls are now left in the hands of Lisa's last ex-husband, who is said to be shattered by the singer's passing. "Michael had been hoping for a speedy and complete recovery because her children needed her," Lockwood's rep said, adding, "It is very sad it didn't turn out that way. Michael's world has been turned on its ear. He is with both of his daughters now.