Home Article Nicolas Cage's Five Wives: Everything to Know About His Married Life

Nicolas Cage's Five Wives: Everything to Know About His Married Life 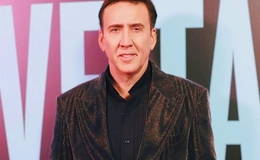 Inside Nicolas Cage's Married Life: The Oscar winner has been married five times and is a father to three children: Complete story here!

What better way to evaluate Nicolas Cage's sky-high feats in the industry than listing out his host of accolades? The actor is an Oscar winner and also has the esteemed BAFTA, Golden Globe, SAG, and many more under his belt. During his career peak, Cage starred in one of the most memorable flicks like The Rock, Con Air, Face/Off, The Family Man, and Ghost Rider. Cage's collective films have grossed hundreds of million, putting him among the most bankable actors in Hollywood.

Although professionally known as Nicolas Cage, the Oscar winner actually hails from the reputed filmmakers and artist family, the Coppola family. Born Nicolas Kim Coppola on January 7, 1964, in Long Beach, California, Nic changed his surname to Cage to dissociate his work and accomplishments from his famous family. He received his biggest breakthrough after many poor-performing films, in the 1987 romantic comedy Moonstruck. Coinciding with his extensive acting credits, Cage's romantic history also unveils the actor's strong belief in finding the one.

Not only has Cage been a loving husband to many women, but the Oscar winner is also a doting father and a grandfather. The Family Man actor's earliest-known girlfriend is actress Christina Fulton, who gave birth to Nicolas's first child, Weston. Although their relationship never ensued into a marital affair, the pair were engaged at a point. The first time Cage walked down the aisle was with the Emmy-winning actress Patricia Arquette. 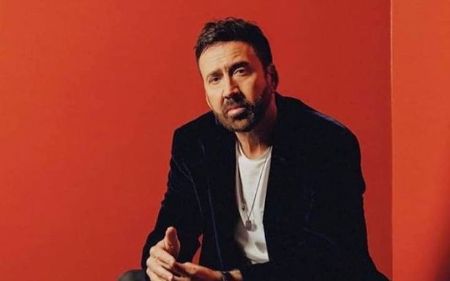 Nicolas Cage is a filmmaker and an Oscar-winning actor. SOURCE: Instagram

Cage and Arquette met in a restaurant in 1987, and the Ghost Rider actor was enamored by Patricia's beauty. The True Romance actress later revealed how Cage proposed to her on the spot. The Oscar winner allegedly even asked Arquette for a "quest," upon completion of which she'll have to marry him. "I wrote all these things that I thought were impossible: Getting J.D. Salinger's autograph, a Hill tribe wedding costume," Arquette says while listing out the many quests she set up for Cage.

While 19-year-old Patricia didn't expect the 24-year-old Cage to fulfill her absurd wishes, the actress recalls how Cage strived to complete them one after another. "One by one they all just started coming to me," the actress said. The pair didn't immediately delve into a romantic relationship, but they dated for a while before tying the knot in 1995. The pair didn't have any child before calling it quits in 2001. Cage bumped into his second wife, Lisa Marie Presley, who recently died at 54, in 2000. 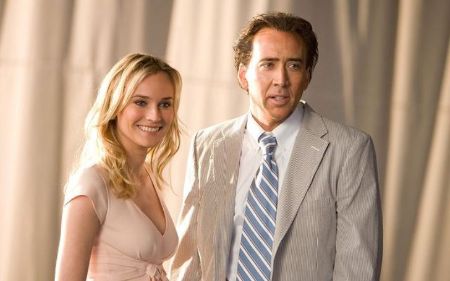 Nicolas and Presley tied the knot in August 2002 in Hawaii and announced their separation after just three months. Although brief, the pair had an intense and passionate relationship. Speaking of his marriage with the Presley, Nicolas once said, "oftentimes when you have two people who are very strong and their own personalities and rather intense,  I'll even use the word stubborn or not willing to compromise, sometimes you can have a hard time meshing." Cage recently mourned the death of his ex-wife. 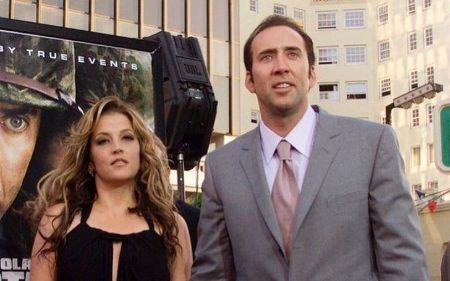 Cage was married to his third wife, Alice Kim, a former waitress, for the longest time. The duo tied the knot two months after meeting at a restaurant where Kim used to work. Dishing on his whirlwind marriage with Kim, Cage said, "we did it because we loved each other." The duo, who were married from 2004 to 2006, share a son, Kal-El. Cage proved he was a lover when he decided to get hitched for the fourth time. The Ghost Rider actor's marriage with Erika Koike is by far his shortest marriage. The pair's nuptial was annulled four days after their impromptu wedding in Las Vegas.

Who is Nicolas Cage Married to?

After undergoing many ups and downs in his personal life, Cage has seemingly found the one. But is it too early to speak? Who is to say? The Moonstruck actor met his current wife, Riko Shibata, via mutual friends in Japan. Nicolas was reportedly filming for Prisoners of the Ghostland in Japan when he decided to jump-start yet another romantic affair with a notably young woman. Cage and Shibata share an age gap of 32 years. 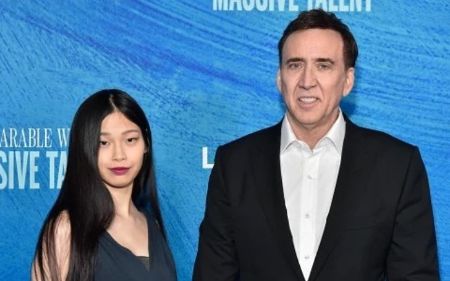 The pair were first pictured together in February 2020. Like many Hollywood love stories, Cage and Shibata's new romance also coincided with the start of the pandemic, leaving the Oscar winner with unconventional methods to propose to Riko. Appearing on his brother Marc Coppola's radio show in August, Cage revealed he and Shibata, who he hadn't seen in six months, got engaged via facetime. "We were really happy together and we were really excited to spend that time together so I finally just said, 'Look, I wanna marry you,' and we got engaged on FaceTime," Cage said.

Cage and Riko welcomed a daughter in September 2022!

After proposing to Shibata and mailing a customized black diamond ring to her in Japan, the twosome exchanged vows on February 16, 2021. The newly married were blessed with their first kid, Cage's third, August Francesca, in September 2022. Five marriages may seem like plenty to many, but according to the Cage, they're in for a lifetime. "I know five is a lot, but I think I got it right this time," Cage said.