Home Article Once Bashurverse Was In A Relationship With Clara Swan, Now Dating Any Girlfriend?

Once Bashurverse Was In A Relationship With Clara Swan, Now Dating Any Girlfriend? 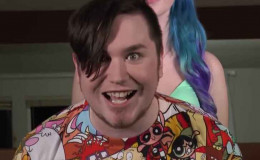 Mostly known for making his Minecraft-related videos, Brandon Ashur aka Bashuverse rose to fame quickly gaining millions of followers on his YouTube channel.

Fans of the Youtuber legitimately referred her to be a gold digger as she left Brandon after gaining a name for herself. The Youtuber had a tragic time after the split but has he been with someone lately? Let's get to know about his love life!

Left By Girlfriend After Rising To Fame: About Bashuverse's Failure In Love!

Brandon does not seem to be much into making girlfriends these days.

The 33 years old YouTube personality is pretty much uptight when it comes to his love life. He does not want to talk about his personal life neither he is spotted with someone these days so we can assume that he is probably single.

A few years before in about 2015, there were all talks about his relationship with fellow Youtuber Clara Swan who goes by the name of ClaraBabyLegs. Reports claimed that they dated for a while in 2015.

Also Read: DeStorm Power; American YouTuber is Happily Dating his Girlfriend and also a son. Find out who is she?

Ashur tells in an interview with DramaAlert's Youtube video that she left him. They added,

"I haven't been able to talk to her since she freaking left me. She has blocked me on everything. I have emailed her and tried to get in touch with her."

He also tells about the text he got from her the same day where she said,

"I'm not gonna yell at you Brandon please pick up the phone. This has been stupid fu***** hard for me too. I love you Brandon I do I do. We need to talk Brandon please call me. I'm sorry okay none of this was meant to hurt you. I'm aggravated that this is going on"

After talking to Smile for Youtube gaming at the same time, he revealed that Clara would text him if you just pay her a little money. Well, all those rumors about her being a gold digger came out to be a little true at least?

Looked like Brandon was a little too sad after his breakup with Clara but has moved on with his life when finding out she was not meant to be with him. Brandon Ashur currently seems not to be dating anyone lately and let us hope that he finds a girl that understands his love pretty soon.

Bashuverse's Arrested For Sexual Misconduct: Why Did He Leave Social Media?

It all started with speculations of the YouTuber having an inappropriate relationship with a girl who was 15 years in late 2004.

Brandon was arrested on 30th December 2004 and was charged with Unlawful Transaction W/A Minor. The charge was denied by Brandon.

Nothing much happened with him and was apparently left off with what he terms 'a slap on the wrist'. His charges did not count the Sex Offender status so he was not placed on the Sex Offender Registry but instead was charged with Sexual Misconduct.

Similar: Yousef Erakat Mysterious Dating Life? Who is his Current Girlfriend? Also see his Career as a YouTuber

SkyDoesMinecraft was looking for doing a partnership with the Youtuber and did a background check of him which revealed about his arrest record which he tweeted on his twitter. 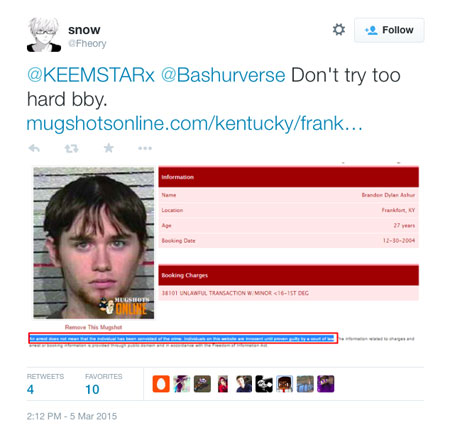 Bashuverse is out of his social media since 2017
Source: NewMediaRockstar

Following the incident, Brandon's life took a turn and was devasted by the information leaked. He then made a 46-minutes now-deleted video explaining the situation from his point of view.

Recommended: Meet one of the popular YouTubers Lilly Singh. Is she dating someone or still single? Find out here

The YouTuber then blacked out of Youtube channel in April 2017 and even deleted his profile from other social media as well. Making each of his videos private, fans noticed that Brandon is also out of his Twitter and a few months later, he also got rid of his Twitch and Facebook.

I'm telling u @Bashurverse ur X GF an't that bad at Minecraft! pic.twitter.com/pua122LVe5

The reason for his disappearance has still not been told out to the public so he had kept his fans in the dark about his invisibility. 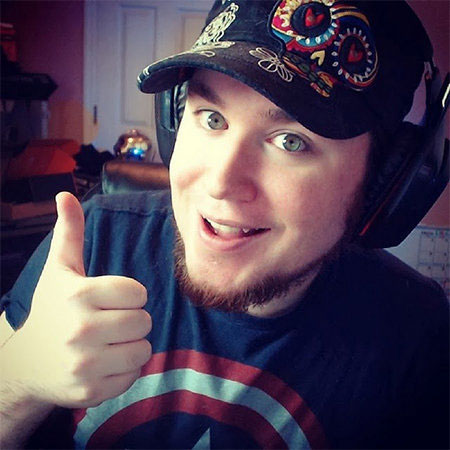