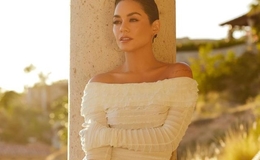 Inside Vanessa Hudgens' high-profile dating history: The actress is in a happy relationship with Cole Tucker: Complete story here!

Actress Vanessa Hudgens has been famous for most of her life. The brunette beauty first caught the attention of millions of starry-eyed when she headlined High School Musical in 2006 alongside Zac Efron, Ashley Tisdale, and Lucas Grabeel. Hudgens had notable acting credit before her 2006 breakthrough, including in Still Standing, Thirteen, and Thunderbirds. Fans were obsessed with Hudgens and Efron's characters, Gabriella and Troy's love story in the High Musical franchise, and when the duo's off-screen romance came to light, it was a delight.

Born on December 14, 1988, in Salinas, California, Vanessa ventured into acting as a kid. She performed in many musical theatres and auditioned for acting gigs before making her way into television. The aspiring actress woke up to steadfast fame with the High School Musical in 2006 and has since become one of the most prolific stars to navigate their career from Disney to the mainstream industry. Vanessa's romantic ventures have been at the forefront of her stellar career.

From being the favorite Disney couple and translating their reel love to real life to eventually losing touch, many followed the love story of Vanessa and Efron through its course. The pair met on the sets of High School Musical and went on to play each other's love interests for two more successful seasons. The pair's off-screen romance was a secret only known by their close circle at first, and soon, it couldn't have been gushier. "If you really love someone, you shouldn’t have to work at it. You finish each others' sentences and have the same sense of humor," Hudgens said while referring to her dynamics with Zac. 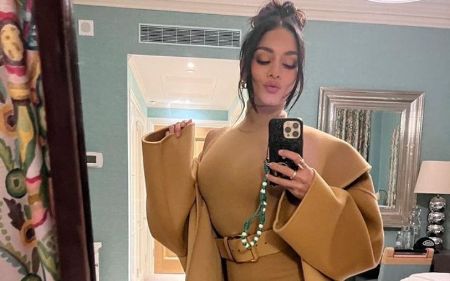 The couple was even called Zanessa at one point before they decided to end it all in 2010. "It was mutual. They have been together for so long. It just ran its course," an insider said at the time. The former Disney stars have reportedly lost contact after that, but they often reflect on their love with a nostalgic sense every once in a while. "I could not have been more grateful to have that relationship at the time," Vanessa said in 2019. 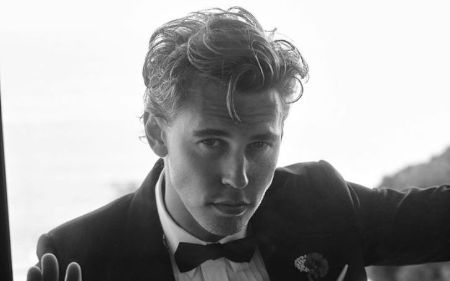 Hudgens sparked dating headlines with her Journey 2: The Mysterious Island castmate Josh Hutcherson after her breakup with Efron, who started seeing entrepreneur Sami Miró years later. Efron was last in a relationship with model Vanessa Valladares. After Efron, Hudgens's most prolific romance was with actor Austin Butler, whom she started dating in September 2011. The duo dated for eight years before calling it quits in January 2020.

"They really loved each other and have been through some of their toughest life moments together," a source close to the couple said, adding, "they were a wonderful couple, and it's really sad that it didn't work out." The estranged pair have since seemingly remained cool and amicable. The Disney alum was last linked with Los Angeles Lakers player Kyle Kuzma, with whom Hudgens reportedly had a casual dating scenario going on after her split with Butler.

Who is Vanessa Hudgens Dating?

The Spring Breakers actress is currently going strong with Arizona Diamondbacks player Cole Tucker. After a year of dating bliss, Vanessa and Tucker are still all over each other, as evident from their respective social media pages. The pair were first linked in November 2020. Hudgens later revealed the unconventional way she and Tucker met. "I and Cole met on a Zoom meditation group. Very random, yes," the Disney alum said before adding that it was singer Joe Jonas, another Disney alumni, who put up the zoom meditation group. 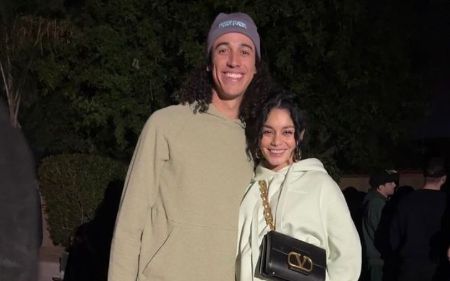 Vanessa has been dating Cole Tucker since 2020. SOURCE: Instagram

Hudgens has since gone on to describe Tucker as perfect for her. "He's just kind of perfect for me. I am [happy]. I really am. I think that it's also so important to stay grateful for everything you have in life," the actress explained. The pair made their relationship official in February 2021 by sharing a picture of them kissing. "It's you; it's me; it’s us. @cotuck," Hudgens wrote. The 34-year-old actress opened up about her marriage plans in an interview amid her budding romance with Tucker. 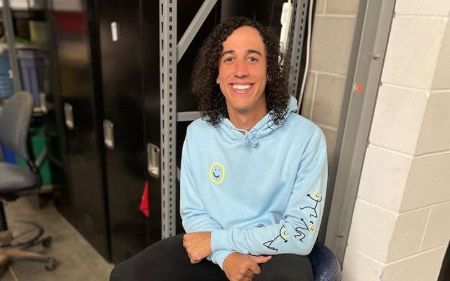 "My mom got married at 25, so I always thought I would be married at 25. That did''t happen. But I'm in such an amazing, healthy relationship, so it doesn't matter," the Freaks of Nature star said. Hudgens' boyfriend of two years, Tucker, is a 26-year-old baseball shortstop from Arizona. Pittsburgh Pirate Cole in the first round with the 24th overall selection in 2014. Tucker started playing for the Diamondbacks in 2022 and recently signed a minor league deal with Colorado Rockies.