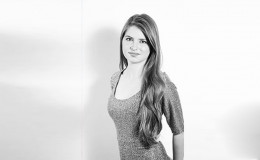 You remember the cute little girl from the TV series Carita de ángel. Well, she's all grown-up now, 5ft 5inches to be exact.

Daniela Aedo looked cute back then and she still looks cute.

Wow!... Talk about gifted with a superior genetics, unlike many of us.

If you take a close look on her Instagram account, then you'll find that she's not only famous in her country but globally. As her die-hard fan, we know why are you here?

You want to know about her personal life right, the name of her boyfriend to be exact. Well, rejoice as we bring you all the information that you wanna know.

Daniela Aedo Relationship with her boyfriend

Daniela proved her remarkable acting skill from a tender age of 5 when she nailed herself a lead role in the hit Mexican TV series Carita de 'angel. 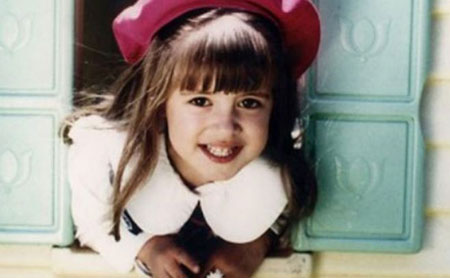 Since that day, she became a wild hit, not just domestically but globally as well. For her role in the TV series Carita de'angel, she won Premios INTE in 2003 and 2004.

You can watch a short part of the show in the video above.

But soon she shifted her attention towards singing.

She's currently pursuing higher music education at the Berkeley College of Music in Boston. That's where she first met her boyfriend Tadeo Kvitca.

The two are in a relationship since 2016. Both of them are college mates as Tadeo also studies at the Berkeley College.

According to reports, both of them met each other through a mutual friend. 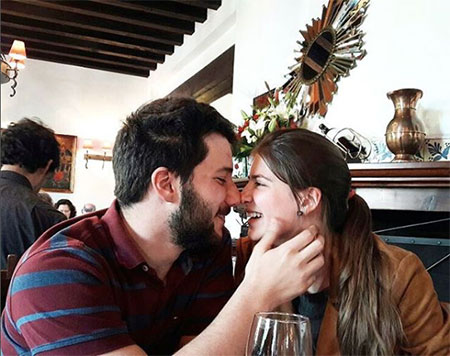 The adorable couple, Daniela, and Tadeo

And on top of that Tadeo is super cute. Daniela feels lucky to be his girlfriend. You can check out their sweet relationship below.

Now, we know it's a hard pill to swallow. Being a fan for so long and suddenly your idol is going out with someone.

Ouch!...That's gotta hurt, but hey, at least she looks joyous and happy around him. 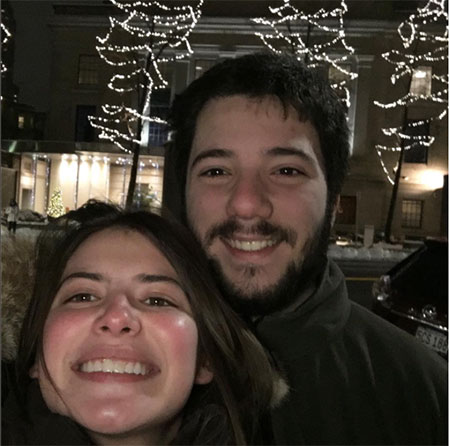 Tadeo and Daniela during a Christmas party

Both of them are totally head over heels for each other and we really wish that the couple goes all the way together. They look ridiculously cute together and it's rare to see any couple sharing so many resemblances with one another.

Currently, she is focusing on studies and building her career. We wish her success in her future endeavors.