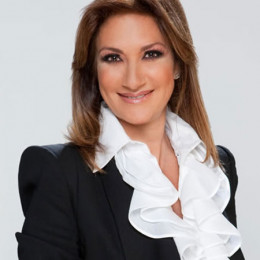 Adela Micha Zaga is a Broadcast Journalist, noted for pioneering the Mexican version of Big Brother, a reality show. She has won several awards in the field of journalism such as New York Latin ACE Award, Somos o nos hacemos and Cuidado... Mujeres trabajando. For her work in journalism, she was honored with a Honoris Causa degree from the Autonomous and Popular University of Veracruz in 2012.

Her personal life seems a bit of confusing as there is no any proper information regarding her family matters. She is a mother of two: a son and a daughter but till now she hasn't mentioned anything related to their father. She might be a married woman but as there is no any exact details about her husband we can't say anything. To stay connected to her we can simply follow her on Twitter @Adela_Micha. ,

He is the only son of Adela. His images can be viewed on the internet easily.

She is the only daughter of Adela, whose date of birth is still unknown.