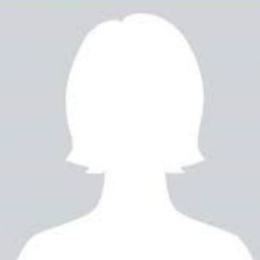 Angel Dugard is well-known as the eldest daughter of the author Jaycee Dugard. Her mother was kidnapped from a street when she was eleven years old. She, including her younger sister, was born when her mother got rapped at the age of thirteen by the kidnapper.

Who is Angel Dugard? What's Her Current Whereabouts?

The lady's mom was kidnapped by Philip Garrido, a convicted sex offender, and his wife, Nancy Garrido. After the abduction, Jaycee was kept in captivity and was raped repeatedly for many years. As a result, Angel was born when her mother was just 14. A few years later, her younger sister, Starlet Dugard, was born when her mom was 17.

The Dugard sisters were raised under the impression that Philip and his spouse were their parents and that her actual mother, Jaycee, was their sister. For years there were no traces of Jaycee, but in 2009 Garrido was walking around the University of California, Berkeley, with two teen girls, who later turned out to be the children born from Jaycee.

Garrido's parole officer found it a bit unusual between the three, leading to the investigation, which ultimately revealed Jaycee's whereabouts. Finally, after 18 long years, the tragic case of Jaycee came to light and was solved.

Ever since their mother's case was solved, Angel and her sister have been rarely seen in the media. It seems the family prefers to live away from the public.

Angel Dugard's Mother, Jaycee Dugard, Was Kidnapped When She Was 11

Angel Dugard's mother, Jaycee Dugard, gave birth to her at a very young age. Her mother used to live with her family when they got moved from Los Angeles to  Meyers. Although Jaycee's mother got married to her stepfather named, Carl Probyn, she was never close to him. She used to go to her school on her own.

Furthermore, the bitter truth is that Jaycee Dugard was abducted from the street of California at eleven when she was heading for school in her favorite all-pink outfit. There she met a man in the car on her way to school. She thought that man was asking for a direction, but he rolled down the window, shocked her unconscious with a stun gun, and abducted her.

Moreover, Jaycee Dugard remained missing for over eighteen years. Previously, it was not disclosed who kidnapped her but later on, it was found out. She was raped by the kidnapper, Phillip Garrido, and gave birth to the daughter's Angel Dugard and Starlet Dugard when she was thirteen.

Jaycee was compelled to give birth to her baby independently, showing some delivery videos. Later on, when Phillip started showing up at the University of California, Berkeley, campus with his daughters, he was suspected and got arrested. On August 26, 2009, Jaycee was finally rescued from the evil Garrido couple.

Angel Dugard's Mother, Jaycee Dugard, had suffered a lot since childhood. She was kidnapped, raped, and became a mother of two daughters with her kidnapper, Phillip Garrido, and later rescued.

Most importantly, she decided to share her story with the world to inspire other girls. As a result, she published a book named, "A Stolen Life "after 2 years in 2011. She dedicated the book to her daughters,  Angel and Starlet. She wanted to share her experience so that other victims could speak up for themselves through her book.

Who is Angel Dugard's Father?

Phillip Craig Garrido is Angel's father, the kidnapper of her mother, Jaycee Dugard. He was born on April 5, 1951, in Pittsburg, California. He got graduated from Liberty High School in 1969 in Brentwood. In 2009, after Garrido's final arrest, his father, Manuel Garrido, revealed that his son was a "good boy" as a child but changed radically after a serious motorcycle accident as a teenager. Garrido later turned to drug use – primarily crystal meth and LSD. Besides, he works as a printer and a self-styled evangelist. 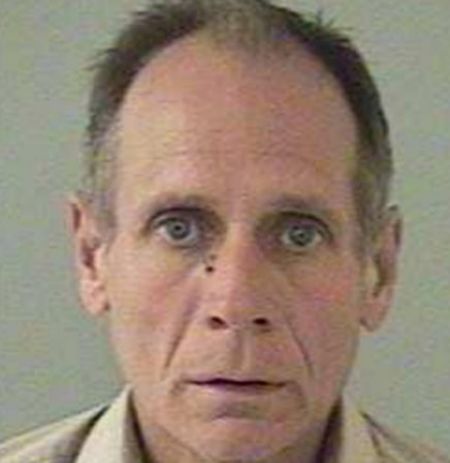 Phillip's wife, Nancy Garrido, worked as a nursing aide and a physical therapy aide. Till now, Phillips has been charged with kidnapping,  two rape cases, and false imprisonment. He kidnapped Jaycee Dugard when she was eleven and made her a mother of two daughters when she reached 17. Garrido had been arrested on November 22, 1976, after a rape case and was on a prole in the early 1990s.

Angel Dugard's Father, Phillip Garrido, had committed many crimes. At first, he sexually assaulted a fourteen years girl and again kidnapped twenty-five years Katherine Callaway and raped her. Later on, when Callaway asked for help from the police, Phillip was charged and arrested. 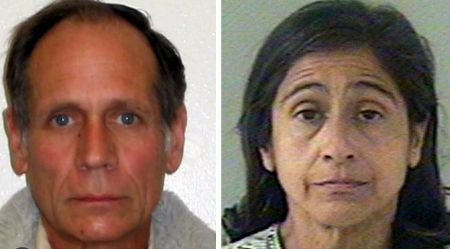 Philip Garrido and her Nancy Garrido got arressted. SOURCE: The Cinemaholic

Moreover, he was diagnosed as a "sexual deviant and chronic drug abuser, and the cause was due to his mixed or multiple sexual deviations. He was finally convicted on March 9, 1977, and is serving a 50-years federal sentence. Also, on October 5, 1981, he married Nancy Bocanegra, another Jaycee Dugard's kidnapping case convict.

But on January 22, 1988, he was released from Leavenworth to Nevada State Prison. There he served seven months of a five-year-to-life Nevada sentence. After that, he was transferred to federal parole authorities in Contra Costa.

Keep in touch with Married Wiki for more celebrity News and Biography!!!