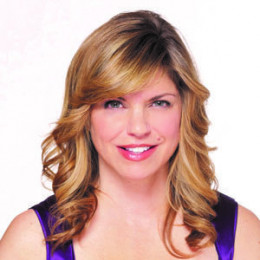 A makeup artist, Camille Calvet is currently married to Damian Della Santina since 2002. She worked seven years on Star Trek: Deep Space Nine and also on the Star Trek feature film Star Trek: First Contact. Camille was part of the group that worked on DS9 which was nominated for an Emmy in 1994, 1996, 1997, 1998, and 1999 for Outstanding makeup for a series. The individual shows that were nominated were DS9: "Rules of Acquisition", DS9: "The Visitor", DS9: "Apocalypse Rising", DS9: "Who Mourns for Morn?", and DS9: "The Dogs of War".

The makeup crew of Star Trek: Deep Space Nine, of which she was a part, did actually win an Emmy back in 1995 for Outstanding Individual Achievement in Makeup for a Series for DS9: "Distant Voices".Calvet was Nana Visitor's makeup artist and was involved in changes to in 2002, she married Damian Della Santina, who is related to Robert Della Santina, and since then, has been credited as Camille Della Santina. The couple seems to be very happy with each other so there are no signs of separation.