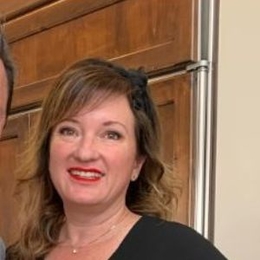 Charity Kindig is the beloved wife of Dave Kindig, a TV personality popular for the hit reality TV series Bitchin' Rides. He owns a fabrication and an auto-restoration "Kindig It Design."

Charity Kindig is happily married to her longtime boyfriend, Dave Kindig. She is in the limelight because of her husband. The couple crossed paths when she was still a student at her high school. The lovebirds met at one of the clubs while cruising State Street in the Chevelle when she frequently used to go dance clubs. 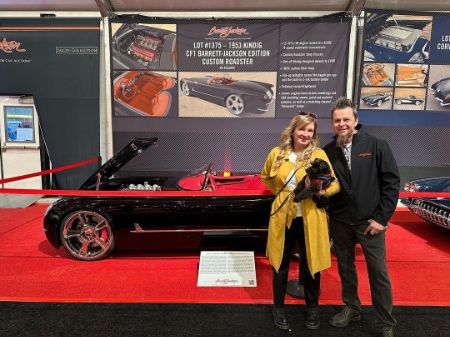 Well, her spouse is a big-time businessman. The two got hitched on July 11, 1992. And after their marriage, Dave replaced the car with a '62 VW Bug', which was fuel-saving. The soulmates have been together for twenty-eight years and work at 'Kindig It Design.'

The automobile enthusiast portrays her love for cars on her Instagram posts. Charity and Dave share a strong interest in automobiles, especially cars. Their love for cars made their bonding even stronger. The duo has an exciting love story that makes people envious.

"Happy New Year! Cheers to health and happiness! "Kindig wrote on her Instagram page about her partner's birthday. He's the host of the television show "Bitchin Rides," a velocity show on Motor Trend. The series is about the car's customization and built-in Dave's company " Kindig It Design," located in Salt Lake City.

To add more, Charity began working on personal builds and gradually brought the company to great heights, coming up with 18 years in the industry. The lady would like to write a book about the pair's "trails and tribulations of owning a hot rod shop."

Who Are The Children Of Charity Kindig?

Charity Kindig is the mother of two children. Her first daughter, Baylee Kingdig, was born on April 12, 1996. In case of everyone is wondering what Baylee is doing, she is a hardcore car girl and is taking the position of overseeing her family's Kindig-It Design apparel. 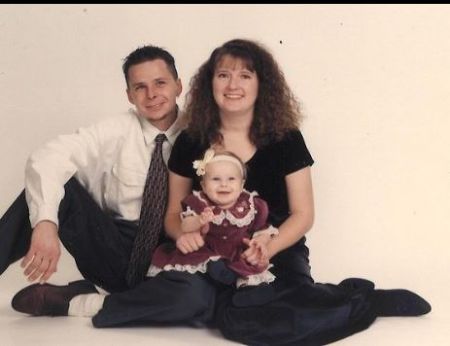 Charity Kindig and her husband, Dave Kindig, with their daughter, Bayley. SOURCE: Instagram(@mrs_kindig)

Talking about Baylee, she is currently married to Kaden, who is professionally a barber. The older child gradually made her way to the reception, having worked at 16. The duo's youngest son, Drew Kindig, welcomed on May 14, 1999, is a creative soul. Dave left his job soon after he was born.

Further, Charity is proud of her son, Drew, who is into metal fabrication and fabricated Boeing. He married his best friend, Kara Cuillard. The proud mother finds time to partake in her favorite distraction, such as decorating, golfing, and doing creative things. Both of the kids are in their 20s, not kids anymore.

Charity Kindig has been passionate about cars since her younger days. With a father who was a car club member and a hot rodder by her side, she was raised learning about the hot rodder interest. She spends her childhood cruise-ins with her parents. 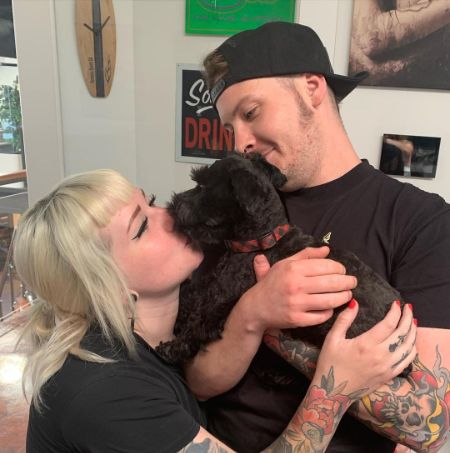 As of now, Charity has her hands as a vice president of Kindig-It Design. Kindig-It Design is among the top builder in Salt Lake, Utah. Dave worked consistently in the couple's garage on projects for friends and family, and the idea of establishing a custom shop came into his mind.

In 1999, Dave, after leaving his job, started a business with just $4,8000. Today, the venture sits on a 27,000-square-foot building, which lies on a 4500-square-foot rented workspace. The Kindig custom cars are even featured in many auto shows around the globe.

Making it in a male-dominated industry, Charity is the spine that handles the structure and keeps Kindig-It Design intact, running, and flowing. She has experienced her upright share of stereotyping in the business because she's female.

Net Worth Collection Of Charity Kindig

Charity Kindig hasn't officially disclosed her net worth, so it isn't easy to estimate it based on her professional life. She has made a substantial income from them. Her estimated net worth is $2 million.

Before her way up the ranks, Charity invested in the automotive industry as a part-runner at a local shop. She started overseeing the warehouse, and her latter job was as an impromptu secretary and co-owner of Kindig-It-Design.

Not to miss, Kindig-It Design is one of the premier custom automotive shops in the country, with nationally-recognized builds coming out of the shop every year. Dave earns much money through custom car fabrication and merchandise while appearing in major automotive shows. His net worth is reported to be almost $5 million.

All in all, Charity lives a luxurious life with her husband and loves to live a fancy life with deluxe cars. When it was time to get a driving license in her teenage years, Chevy influenced her life, a 1967 Chevelle that her father bought for her as her first vehicle. Meanwhile, her mom didn't want her to own a 60 Camaro.

On December 5, 2018, Charity Kindig took to Twitter, surprising everyone with a post about undergoing a dramatic weight loss, writing," You dont know how strong you are until you try! Thank you for all your amazing support. Making me feel beautiful every day!." Kindig shared her before and after weight loss image. 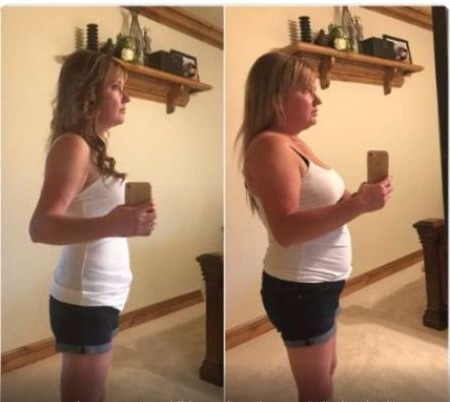 As Kindig stepped into her motherhood and business enterprise, Charity's physique went downhill. She put on 5 kg weight. Without a doubt, it made her a bit insecure, discouraging her. As a matter of fact, not only did her weight gain create a downfall in her confidence, but it also caused her issue in performing the physical work.

And through intense determination and hard work, Charity lost weight and regained her morale. She tried to maintain her fast food habit and thrive on staying fit. Her weight-loss transformation is inspiring.

Keep coming back to Married Wiki for more news & biographies of celebrities.

Drew Kindigit is the second child of Charity Kindig and her husband, Dave Kindig.

Drew Kindigit is the second child of Charity Kindig and her husband, Dave Kindig.