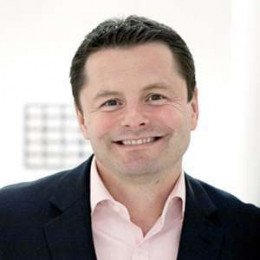 Chris Hollins is an English journalist, TV presenter, and sportsman. He came from a sporting family background, his father, John, used to play football for England and his uncle David was a goalkeeper, who has played for Newcastle United as well as Wales. Hollins was also a good cricketer, playing at Durham University and then making eight first-class appearances while on a post-grad year at Oxford University. Chris started his career at Sky Sports in 1994, followed by spells at Channel One, GMTV, Meridian and Channel 5.

Chris Hollins married his long-term girlfriend, Alexander in 2012. She is an account director for a media marketing company by profession. Hollins and wife share a good chemistry with no signs of divorce. Not many details are made open regarding his private personal life. According to his public profile, Hollins has not faced any controversy, professionally or personally.

Chris Hollins married media marketing company director, Alexander in 2012. So far, no information has been made with regard to them having a child.