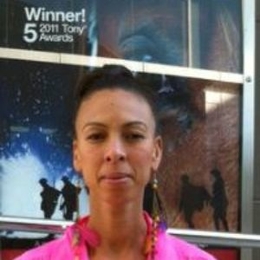 Coco Fausone is the celebrity wife. She is best known for being the wife of Reno Wilson. He is a widely recognized actor and comedian of his generation, known for his portrayal of Detective Tom Selway in Blind Justice and Stan Hill in Good Girls.

Coco Fausone has been a happily married woman for more than twenty years. She exchanged the matrimony vows with her boyfriend-turned-husband, Reno Wilson, on July 6, 1998. Coco and Reno are made for each other and are intensely private about their relationship. 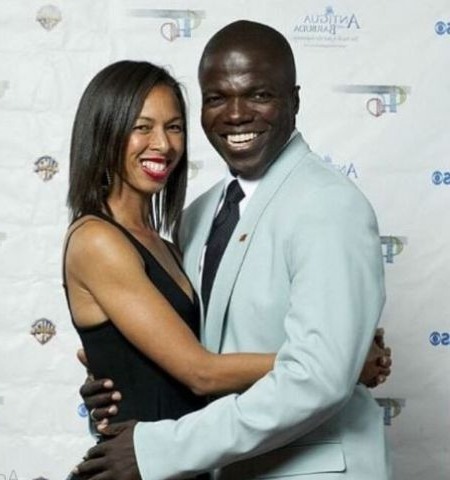 Also, Coco wore a white sleeveless ball gown for their big day while the groom sported a black suit. At the same time, he started his acting career. On January 28, 1996, the pair had their first romantic linkup and have been together ever since. Mr. Wilson once told in an interview how he and Coco first met.

Moreover, the couple had been friends for nearly five years before taking things to the next level. Coco also supports her husband in his business ventures. Both of them have a common passion which makes their bonding even stronger.

In 2017, Reno gave fans a rare glimpse at their relationship when she posted a clip of kissing her better half in the dark on her Instagram account. The two are rarely photographed together. Before finding love with Fausone, Reno had relationships and several flings with high-profile women.

The couple now happily live in the United States with their lovely kids. Coco was blessed with a daughter named Deni Wilson, born in 2001, right after marriage. Deni is an ex-Notre Dame High school volleyball player and was the female sportswoman of the year. 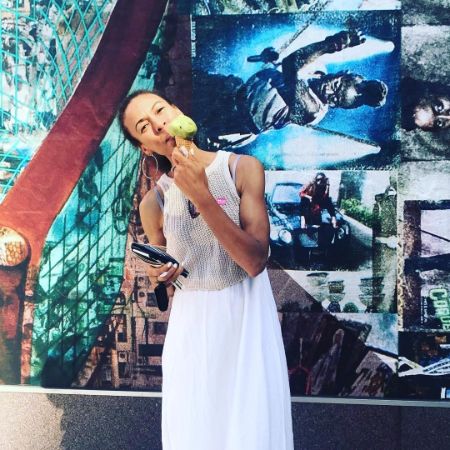 After the arrival of Deni, the proud parents welcomed a son, Renzo Wilson. Her second child, a son, turned 18 on September 10, 2022. He began junior high in August 2021. Both the children are college students. The celebrity kids seem to pursue their father's footsteps shortly.

Coco Fausone Is A Yoga Instructor

Coco Fausone is a yoga specialist who began her professional life in the fitness industry. She registered at a fitness center' YAS Fitness Center' to study yoga from 2011 to 2017. She states about the active lifestyle. The R & B lover even took her husband to dance class with her.

Watch the video of Coco Fausone working as a yoga instructor.

Further, Coco has been occupied with fitness and dance since 1997. Coco choreographed various performances for the Santa Barbara City college cheer team. The celebrity wife presented her spouse to spinning in the past. The lady began her career with a month-old contract when she helped arrange the Yoga scene in an episode of Mike and Molly,

Who Is Coco Fausone's Loving Husband?

Coco Fausone's husband, Reno Wilson, is an American voice actor, television series star, and comedian. As for his acting career, he rose to fame from the shows like Transformers, The Cosby Show, and Mike & Molly. His total projects have surpassed over a billion in the global box office collection.

As an actor, Reno earns thousands of dollars from a successful actor and film producer career. Corey receives an average of $43,760 as an actor. According to Celebrity Net Worth, Wilson possesses a whopping net worth of $1 million. He shared the screen opposite Billy Gardell, Melissa McCarthy, and Louis Mustillo in the sitcom "Mike & Molly."

Many people also recognize Reno for portraying Detective Tom Selway in the Blind Justice. The fausone duo bought $1.6 million for their Los Angeles Home with Wrap Around View. In September 2021, Coco and her soulmate asked for the bidding price for their current residence in LA.

Further, the home features Glassell Park neighborhood, across the Los Angeles River from Silver Lake and six miles north of downtown. It covered 2,888 square feet, including 2.5 bathrooms and 3 bedrooms.

Coco Fausone holds an estimated net worth of $300,000. She earned all those fortunes as a yoga specialist, teacher, and instructor. The LA native teaches lessons in swimming. Previously, The Warner Bros Entertainment Companies hired Fausone only for a month to aid with a yoga scene.

A former Alexander Hamilton High School alum promotes her Yoga classes on her social media handles. Coco owns a cyclic boutique, and she opened up a yoga studio, The Cycling Piegon, at 4505 Eagle Rock Blvd, which is located in Los Angeles, California.

The morning and evening service offering studio @thecyclingpigeon compromises Alejandra Guzman, Armando Uribe, Jennifer Fuentes, and Kali, other instructors. Besides, Coco promotes her husband's business and uploads a strange incident that occurred during their marriage.

Corey Fausone prefers sharing her daily life updates with his fans through social media. She has 950 followers on Instagram. Looking at her pictures on her IG account, the gorgeous diva has managed to stay fit and healthy in her late 40s.

The dark-haired has published a photo with their son Renzo and her husband's pictures on her Instagram wall. On 23 August 2017, she joined her YouTube channel, "Corey Brunish." Corey uploaded her first video on YouTube on June 22, 2018. To date, she has 689 views.

Stay tuned to Married Wiki for exciting biographies and news of celebrities.

Coco Fausone has been a happily married woman for more than twenty years. The lovebirds exchanged the matrimony vows on July 6, 1998.

Deni Wilson is the first child of Coco Fausone and her husband, Reno Wilson.

Renzo Wilson is the second child, a son of Coco Fausone and her spouse, Reno Wilson.