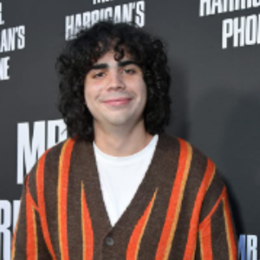 Cyrus Arnold is an actor and director best known for his role in Kenny Yankovitch in Mr. Harrigan's Phone. He joined the entertainment industry in 2013. Since then, Arnold has been featured in several movies and television series.

Is Cyrus Arnold In A Relationship? Who's His Girlfriend?

Cyrus Arnold is still young to get married. He has neither spotted romancing other ladies before. The actor has recently shared a snapshot with his alleged girlfriend, Jessi Case, on Instagram. 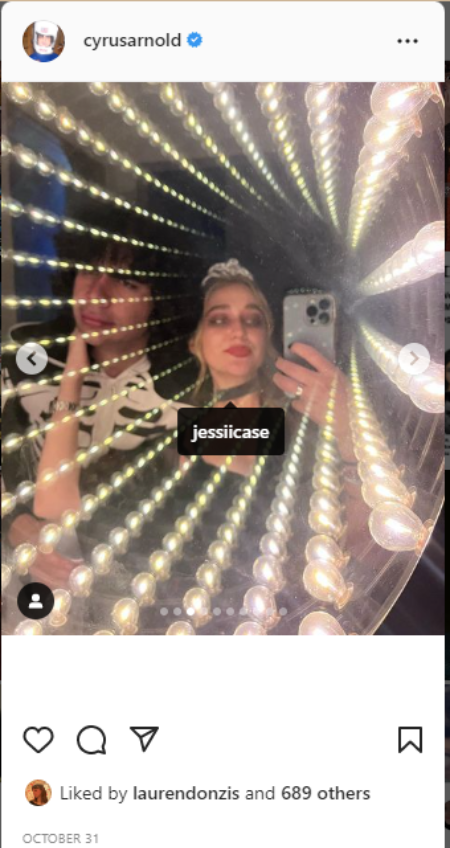 In the picture, Jessi Case caresses her hand on Arnold's right side of his neck. In addition, the lady in the snapshot wears a  shining diamond ring on her ring finger, which would put the eagle-eyed fans in a dilemma.

Talking about Jessi Case, the lady is an avid lover. She joined Instagram on May 24, 2015. The blonde beauty has two siblings, Ally Case and Tyler Case. Jessi has starred in the HBO Max drama "Wild Life" with Cyrus Arnold, Annie Funke Nabeel Muscarwalla, Ava Lalezarzdeh, and others.

Not to miss, Arnold has close bonds with his co-stars, especially actresses Izabella Alvarez, Hope Lauren, and Landry Bender. Most recently, the actor uploaded a picture of himself with starlets on Halloween Day of 2022.

Arnold, the young and talented American actor, won the hearts of thousands in his early 20s. He has an estimated to be around $1 million. Also, assuming his experience and lifestyle, Arnold seems to live a luxurious life. 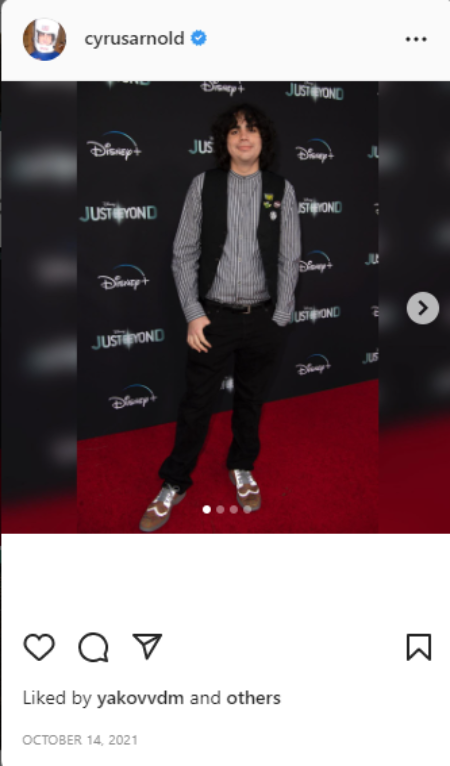 Cyrus Arnold earns big chunks from his successful career as an actor. He owns a beautiful deluxe car house in Los Angeles, California. Arnold is a second unit director and assistant director when he is not acting.

Cyrus Arnold started his acting career at age eight. He has since been featured in numerous television shows and commercials. In the tv movie Zoo Lander 2, Derek Jr. maintains a rocky relationship with his father.

Arnold became a part of "Mr. Harrigan's Phone," a Netflix adaptation of Stephen King's horror novella. Besides, he is best known for starring in John Lee Hancock's Blumhouse and The Little Things. From 2013 to 2014, Cyrus appeared as BJ Malloy in two American teen sitcoms, "Sam & Cat" episodes.

Check out Cyrus Arnold talking about the 2021 show Runt :

In mid-2021, the 6 feet 3 inches tall actor played the lead cast member in the Disney plus original Just Beyond. He is co-starring in "8-Bit Christmas," the New Line Comedy. Lately, he has been old is busy on his latest 2022 project, Transformers: EarthSpark. He gives a voice to Jawbreaker in the computer-animated tv series.

The 19-year-old shares the screen with Neil Patrick Harris in the HBO Max hit comedy show. His other notable acting credit includes Runt, The Exorcist, and Diary of a W; Arnold Arnold recently added that he wishes ta different a different career as a screenwriter.

Arnold has landed a leading role of Josh Jagorski in 8-Bit Christmas. He played a bully Jake and his friends. Jagorsky is the king of the Mountain who cancels the holiday plan to adopt a new system.

In the show, Josh threatens Jake, but later, he backs off when the junior protagonist stands for himself. He shared the screen alongside Bellaluna Resnick, Santino Barnard, Braelyn Rankins, and Chandler Dean.

Cyrus Arnold was born in Burbank on January 2, 2003, making him nineteen years old. He spent his childhood in Southern California, United States. 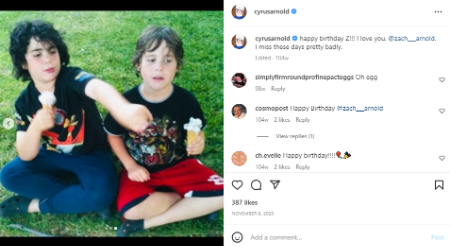 Mr. Arnold is believed to be a multitalented personality. The Comedy Bang! Bang! the cast has a younger brother (sibling).

Working-class parents Lea Anne Wolfe, Blake, and Arnold raised Cyrus in a Christian religious background. Arnold has a unique capacity to handle both drama and comedy with ease.

Arnold has a captivating physical; appearance with a height of 6 feet 3 inches and weighs around 70 kg. The Burbank, California-born actor is a nonvegetarian.

Arnold has curly black hair and a pair of alluring brown eyes. The comedy actor goes gym and takes a balanced diet to stay fit.

The 19-year-old American actor prefers sharing his daily life activities with fans. He is available on the social networking site Instagram with 11.5k followers. Mr. Harrigan's Phone cast goes with "cyrusarnold" on Instagram.