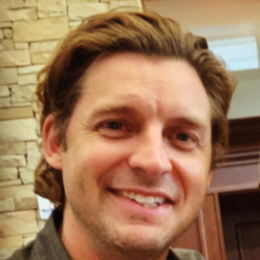 Donny Boaz is an American film and television actor best known for landing the role of Chance Chancellor in The Young and the Restless. He has appeared in dozens of movies and television series to date.

Does Donny Boaz Have a Wife or a Girlfriend?

At present, Donny Boaz is an unmarried man. However, he has been sparking a romance with his girlfriend, Nicole Henderson, since 2019. They have been living together for three years. The lovebirds haven't yet planned the wedding, nor do they have any children. In fact, Donny treats his niece as his own kid. 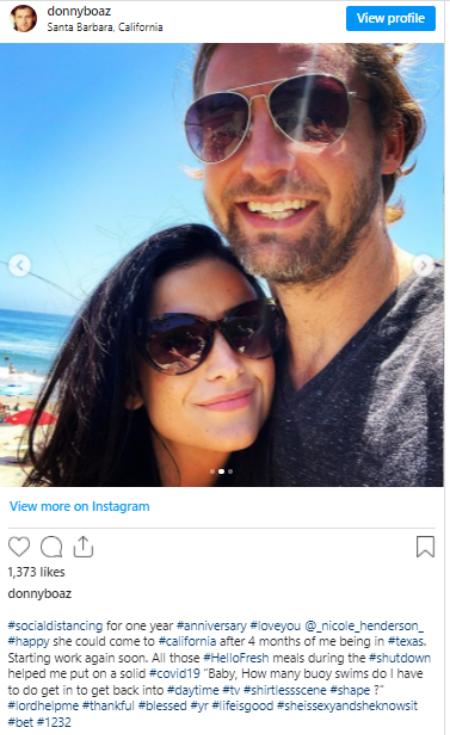 On 8th July 2020, Boaz celebrated their first anniversary with his girlfriend on the beach. On that day, Donny wished his lady love "a happy first anniversary. As a loving boyfriend, Boaz doe not lag in sharing the moment he'd spent with Nicole Henderson.

Boaz expressed his gratitude, writing that Nicole was able to visit California after being in his hometown of Texas for four months. In addition, the actor's posted clip shows him walking up the beach sporting some scruffy quarantine facial hair as he makes his way to Henderson.

Donny Boaz Young and The Restless

The reason for his departure was believed to be his illness after contracting covid in 2020. At that time, his role was played b Justin Gaston.

Donny Boaz has summoned an estimated net worth of $5 million. He receives a paycheck of around $58,880 to $200,000 annually which is the basic salary of an actor in the United States. 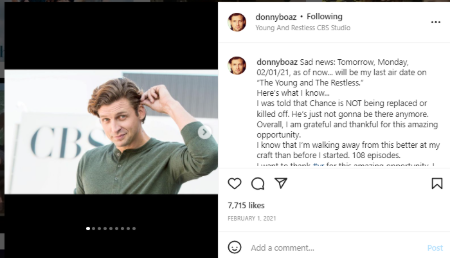 Donny Boaz worked with The Young and the Restless till 2nd January 2021/ SOURCE: instagram.

Boaz stepped into the entertainment field in 2013 and appeared in the short movie The Anna Nicole Story. Later that year, he landed the role of Bill Diggins in the Crazy Sexy Cool: The TLC Story. From 2013 to 2014, Donny played the recurring role of Bo McCabe in Dallas.

Check out the clip of what Donny Boaz thought of his temporary recast, Justin Gaston!

Boaz has worked with stars like Emily Wickersham, Rob Kerkovich, Owen Bakula, and Daryl Mitchel in NCIS: New Orleans. His other acting credits include My All American, Lucifer, The Beach House, The Young and the Restless, P-Valley, All American, Six, 12 Pups of Christmas, and The Rolling Road.