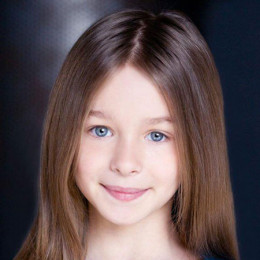 A Canadian actress who is widely known for her role as Alessa Gillespie in Silent Hill: Revelation. She has two sisters and three brothers. She goes to Hamilton Academy of Performing Arts. In 2008 she got her first shot in Paperoni toy commercial. In 2010 she was casted in the film You Lucky Dog. In 2014 she was seen in movie named An American Girl: Isabelle Dances Into the Spotlight. In 2012 she was featured in the cover of Fangoria magazine.

She is still young to get married and till now there has been no report of her having any boyfriend. Currently she is studying and also focusing in her career which may be the reason behind being single. We can only wish she finds her perfect soon in near future. She mainly shares her thought in social media like twitter and her fan can follow her in @Epittster which is her official twitter page.