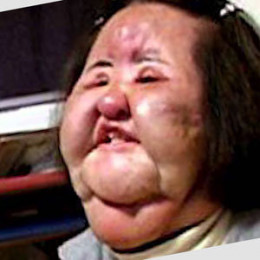 Moving towards her personal life, Korean model Hang Mioku’s current relationship status is unknown. She has not been much in the news with her dating and love affairs. After doctors refused to go through plastic surgery, her desperation led her to try plastic surgery herself. She injected the whole bottle of market silicone on her face. She didn’t stop there; she even injected cooking oil on her face. After inserting cooking oil, Hang’s cheeks and forehead got swollen and scarred. The result of so much desperation of plastic surgery lastly ended with the damaged face.

Hang Mioku was born in 1960 in Korea. She holds Korean nationality and Asian ethnicity. She completed her schooling at a local school in Korea.

Hang started her career as a model. Her career was going smoothly until her beauty obsession led her to goes under the knife. She had her first surgery when she was 28 and then moved to Japan where she had repeated plastic surgeries and faced major complications. 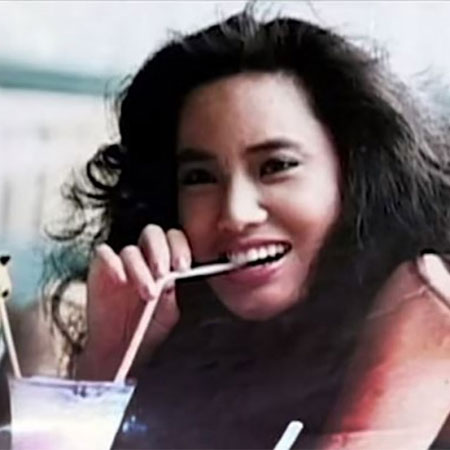 Later, she returned to her home country, Korea. Due to the massive surgeries, her parents failed to recognize their daughter's face. After realizing Hang need treatment they took her to doctors. The doctor told her parents that she had a mental disorder. 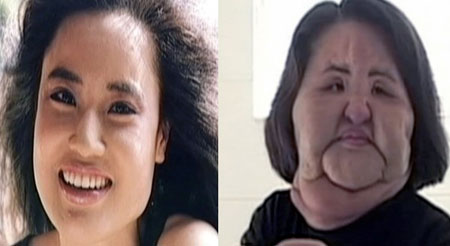 Before surgery (Left) and after surgery (Right)
Source: Spontaneous Chick

During her treatment, she found a doctor who gave her a bottle of silicone and a syringe to self-inject but when that ran out she resorted to using cooking oil. Afterward, her face became grotesquely large. In 2008, doctors removed  60g of foreign substance from Hang's face and 200g from her neck. After 10 operations, she has back down to a healthy size face. Currently, she works at a shop in Korea. 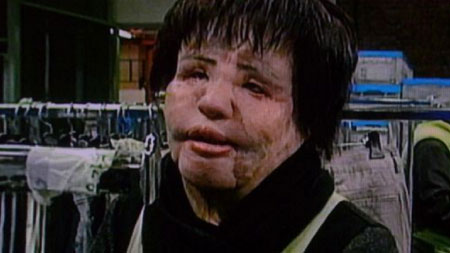