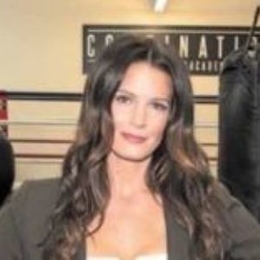 Heidi Androl is a passionate and energetic sports reporter working for the Fox Sports Premier Boxing Championships, NHL, and ESPN. Besides, Androl also gained recognition for her role in movies, The Illusion and The Curse of El Charro.

Sports reporter Heidi Androl is a blissfully married woman. Heidi walked down the aisle with her boyfriend turned husband, Michael Guzman on May 31, 2014. After two years of marriage, the couple welcomed their first baby boy Oliver Guzman. 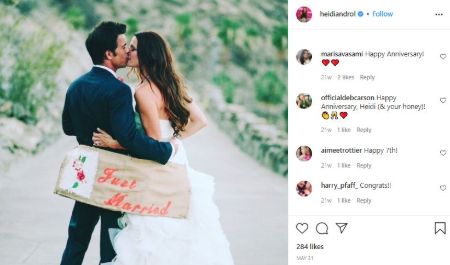 Not to mention, Heidi is a stepmother to two kids whom she loves no less than her children. Heidi shares a few happy family moments with her fans through social media. Currently, Androl's family of five resides in Southern California.

Despite a busy work schedule, Mrs. Androl always finds time to make small moments valuable and memorable with her family. Undoubtedly, Heidi and Michael have enjoyed their romantic relationship since the day they married, and their bonding have become even stronger with time.

Past Affair of Heidi Androl

During her acting career, Heidi Androl had a romantic link-up with American model and actor George Stults. George portrayed the character of Kinkirk in the 7th Heaven TV Series. The love affair between Heidi and George started in Sep 2005 but ended after a few years.

How Rich is Heidi Androl?

Heidi Androl began her career after she moved to Los Angeles and worked as a producer and host for FOX Sports as the Los Angeles Kings and the NHL face. Previously, Androl worked in the Aerospace industry, becoming an International Sales Manager in charge of Global Distribution and Military Procurement.

Check out the video of Heidi Androl talking with David Benavidez after the press conference.

In addition, Heidi has interviewed the Premier Boxing Champions' biggest stars, including top boxers after biggest fights and at PBC Weight-in-shows. For Fox Sports, the lady journalist worked as a reporter for several years, with coverage of UFC.

Currently, Heidi also holds the role of a reporter with ESPN and serves for the Fox Sports Premier Boxing Championships, Fox PBC Fight Nights, Fox PBC Pay-per-views. Androl receives a large sum of money with her excellent work experience. Her net worth is estimated at $1.5 million. 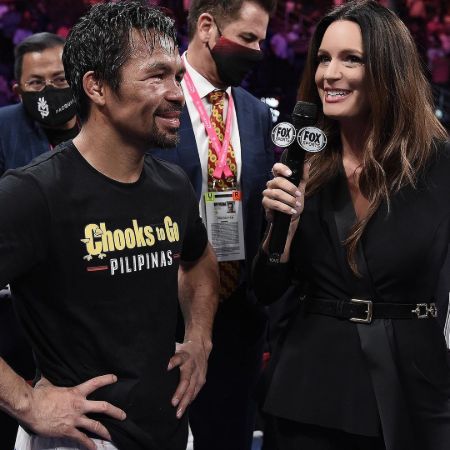 Heidi Androl exchanged the wedding vows with Michael Guzman. They got hitched at a private ceremony on May 31, 2014