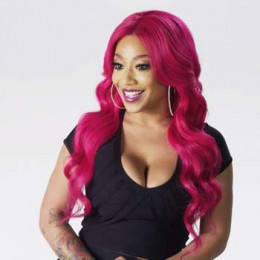 She is an American Television personality, model, dancer and rapper who is better known for starring in Love & Hip Hop: Atlanta as Dimepiece. In July 2015 she released her first single called "Disrespectful". Before she appeared in television she used to work as stripper in gentlemen's club in Miami, Florida. Popular rappers like Rick Ross, Waka Flocka Flame, and Trina have already featured her in their music videos too. Currently she is signed under Flo Rida's management company.

After being so much popular she has still managed to keep very low profile regarding her personal life. She has neither revealed who she is dating nor she has disclosed any information about whom she used to date in past. Though she has not married yet, but in near future she might have plans to settle down. Since she has not married yet, there is no question of facing divorce.