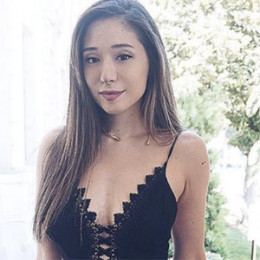 An American fashion You Tuber, Kimi Ellie is a rising social media personality. Her blogs and beauty tutorials are earning much of the viewers and subscribers in the present days. The former vine star is currently single.

Kimi Ellie was born on 19th October 1986 in Juneau, Alaska and was raised in Bend, Oregan. She is an American and is of Mixed Descent.

Before coming to the limelight, she used to work in the marketing agency in the Los Angeles. Later, she started a self-titled YouTube channel with more than 2600 subscribers. She posted videos related to hair, makeup tutorials, blogs, health & other tips and so on.

Apart from that, she is a former vine star who collaborated with other stars including Jason Nash, Arantza Fahnbulleh, Chris Lopez and others.

The diva with such a fantastic personality is single in currently days. Ellie is pushing towards higher achievements in life, focused entirely on her career. Apart from that she loves traveling and is enjoying her single life.

As per her posts on the social media, she posted a video with her mate Tomek Szalanski and Adam Loebert on the Santa Monica Beach, which started a rumor about them dating. Well, it's a false alarm as they are just friends and enjoys each other’s company.

The 31year old YouTuber is hiding her income from the media and audiences but as per the records, she might have drawn a net worth in 6 digits numbers. Her YouTube channel, posts on her social media might make much to maintain her lavish life.

Her YouTube channel has around 26k subscribers, and on an average, she has 30k views per video.