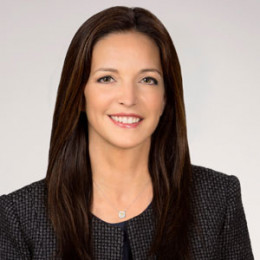 Kristin Dolan is the wife of an Executive Chairman of The Madison Square Garden Company and MSG Networks, James Dolan. She is the senior executive vice president of Cablevision's product management and marketing.

Kristin Dolan was born on 1968. She is a native of America.

Kristin is a director of AMC Networks and The Madison Square Garden Company. In 2011 she was promoted to senior executive vice president of Cablevision’s product management and marketing department.

She later handled the COO department when Tom Rutledge left the position. Furthermore, she is the Founder, Chief Executive Officer and Director of 605 plus the Director of Revlon.

James Dolan is the current husband of Kristin. The couple tied the knot in 2002. James is an American businessman serving as an Executive Chairman of The Madison Square Garden Company and MSG Networks.

The duo first met while working at Cablevision. As of now, they reside on Long Island along with their children. The couple has six children altogether including the one from James' previous marriage.

Mrs. Dolan earns a lucrative amount from her career. She shares the jaw dropping net worth of $1.5 billion with her husband.

James Dolan an Executive Chairman of The Madison Square Garden Company and MSG Networks. He married Kristin in 2002.