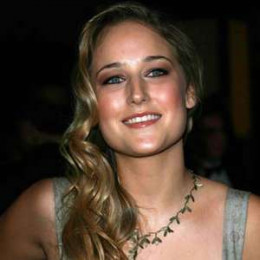 Laura Cayouette is an actress as well as a writer, producer, and director. Laura graduated from the University of Maryland, College Park with a BA in English. She worked at Universal City Walk Hollywood cinemas before becoming an actress. Laura has appeared in commercials for American Airlines, J. C. Penney, and T.J. Maxx. She also co-starred with Arnold Schwarzenegger, Abigail Breslin, and Joely Richardson in the Horror drama film "Maggie".

Laura Cayouette married Andy Gallagher on 24 May 2014 in the heart of her favourite city, New Orleans, under the arch at Armstrong Park. She is living her life very happily and comfortably with her husband, so there is no chance of separation. There isn’t any controversy or even rumours that surround her so far. Very few details are made open regarding her personal life except the information regarding her acting career.

Laura Cayouette married to Andy Gallagher on 24 May 2014 in the heart of her favourite city, New Orleans.