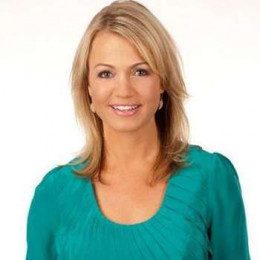 Michelle Denise Beadle is a sports reporter and host on ESPN, currently working as the co-host of SportsNation on ESPN2 and former host of Winners Bracket on ABC with Marcellus Wiley. She also served as a correspondent for Access Hollywood. She is the daughter of Bob Beadle, a former executive at Valero Energy and Serenella Paladino. She studied and graduated from the University of Texas at San Antonio.

Talking about her personal life, she is yet unmarried but she might have some plans of marrying someone special with whom she has enjoyed the rest of her life with happiness and joy. Till now she hasn't shared any information regarding her relationship status, as she is very reluctant in this matter.

Many have been curious about her dating life but Beadle is still silent about her affair and boyfriend.

Beadle was previously dating Steve Kazee whom she was even rumoured to be getting married, but the couple was together for years. During an interview for ESPN in 2015, they admitted living together.

When asked about getting married at City Hall and having a wedding party, she explained,

"I’m further away from even that at this point. It’s funny. Although I will say this: I’m going to write a book at some point on sort of the dating vibe in this town [Los Angeles]. It’s hilarious. And by hilarious, I mean depressing. Like, I’m sort of observing it now like wild animals, watching it all happen."

There's no posts on social media about her dating any men. So, she might be focusing on her career and personal goals.