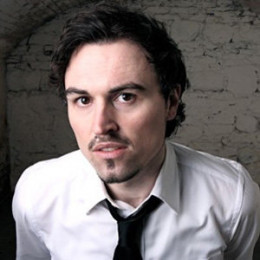 An American actor and Web series producer, Paul Amos is currently single. She studied acting at the National Youth Theatre. He has acted in many films among them Gridlocked is his recent movie, he has a role of Young Officer. There is no information about his parents in social sites. "Lost girl' is his famous movie he has many fans in social sites. He has nominated for Canadian Screen Award in a category of Best Performance by an Actor in a Featured Supporting Role in a Dramatic Program or Series.

Paul Amos has kept his personal life secret.There is a rumor that he dates with his partner but there is no information about her in social sites. Paul is popular with his animated web series named adaptation of Captain Canuck. He has worked in many television series some of them are Jacob´s Ladder, Abroad, Lost Girl: An Evening at the Clubhouse and so on. He has also worked in game names Assassin's Creed Syndicate.