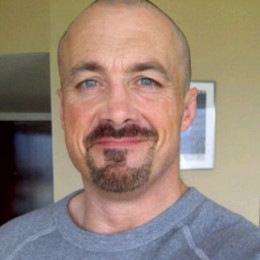 He is a Canadian Mixed-Martial Arts champion, stunt man, professional wrestler and actor. Generally, he is known by his nickname 'The Mauler'. As an actor, he is known for his work on Percy Jackson & the Olympians: The Lightning Thief, The Chronicles of Riddick, I and Robot. These days he is busy working on his new movie project Deadpool. He is an undisputed Canadian Muay Thai kickboxing champion.

Accounting his personal life, he was a married man until his wife died sadly of breast cancer. He didn't get the chance to enjoy his marital relation with his wife for a long time, as she died in few months after the marriage. His wife was a professional wrestler and model who is widely known by her stage name Mrs. Cleavage. The two does not have any child from their relationship.

She is the first wife of Paul who was a professional wrestler and model, best known by her ring-name Mrs. Cleavage. On September 26, 2004, she died of breast cancer. They weren't divorced.