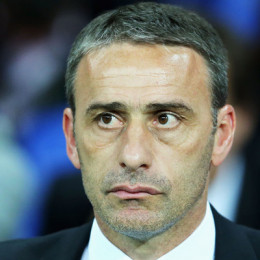 Paulo Jorge Gomes Bento is a Portuguese retired professional football player. Currently he is a manager of football team. His main assets are tackling ability and work rate. He used to play as defensive midfielder. In his career he mainly played for three teams of his country. He had represented Portuguese national team in World Cup and also in one European Championship.

His career in football game had started in 1987 and got retired in 2004. In the long period of time he played many games and represented his country internationally. Professionally he played in his homeland for club Vitotia de Guimaraes, C.F. Estrela de Amadora and S.L. Benificia. After getting retired from his career he became Sporting's youth team coach. He had managed his team very well as a result his team broke all the clubs record. There is no any information about his personal life.