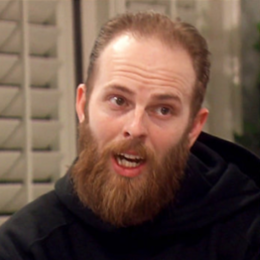 Ryan Vieth is the son of Tamra Judge, an entrepreneur, and a reality star. Mrs. Tamra is best known for her appearance in The Real Housewives of Orange County. Ryan earned media attention for being the son of Darren and Tamra Judges.

Why Was Ryan Vieth's Marriage With His Wife Sarah Canceled?

The celebrity kid, Ryan Vieth, in a relationship with his girlfriend, turned to fiance, Sarah Rodriguez, for years. Ryan met her via Instagram and secretly set a wedding date on September 6. Ryan Veith got engaged to Sarah Rodriguez in 2016. Meanwhile, Sarah has known Ryan only for two months. 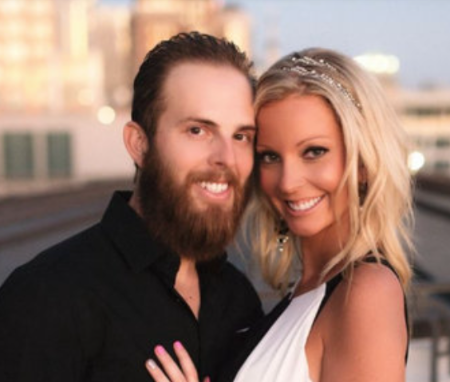 Furthermore, Rodriguez often said she had business in Orange County and owned a gun store. Sarah sold tactical supplies to the military and law enforcement. Unfortunately, in July 2018, Tamra confirmed the lovebirds are no more together, but they only share joint custody of daughter Ava.

Not to mention, Ava is her father's daughter; she has an attitude and loves her dad. She is a pretty and goofy girl, according to grandmother Tamra Judges. In October 2015, Sarah called the police from a neighbor's house, claiming Ryan was abusing her.

Later, there were no charges, no injuries, and no violence. Tamara added Ryan and Sarah are still together and going through counseling with Pastor Mike. But the pastor failed to provide enough premarital counseling to fix their relationship back together.

Ryan Veith's mother, Tamra Judge, has married and divorced thrice. Her first marriage was to Darren Vieth on May 11, 1985. The entrepreneur and Mr. Vieth lived in a marital relationship for less than six years. The pair went separate ways in 1990 due to personal issues. 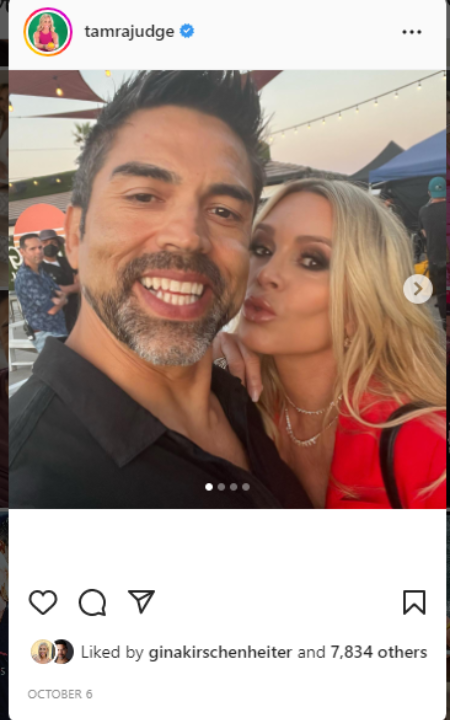 Judge walked down the aisle with ex-husband Simon Barney amid the earlier seasons of the show RHOC alongside Heather Dubrow, Gina Kirschenheiter, and Noella Bergener. On August 27, 2017, there was a rumor that Tamra was diagnosed with melanoma recently.

Following by split from the second husband, Judges moved on with Eddie. The RHOC alum currently lives with her third husband, Eddie Judge, who married on June 15, 2013, after dating for three years. The big day was displayed in a three-part miniseries on Bravo titled "Tamra's OC Wedding." However, the pair have not yet produced any children.

Ryan Vieth is already famous because of his association with a celebrity background. His mother, Tamra Judge, possesses an estimated net worth of $3 million. Veith made a decent amount as a reality star in RHOC. According to The Real Housewives, Tamra received a whopping $900,000 opposite Shannon Beador. 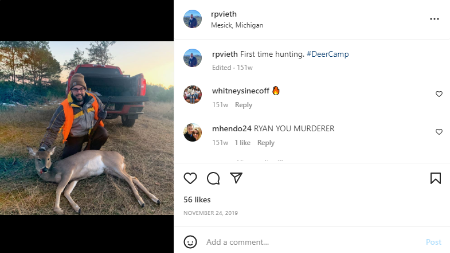 In addition, her income was close to the final season before 2022. In her first season on RHOC, Tamra made solely $7000. Mrs. Judge opened the personal fitness studio "CUT" Cardio Unique Training in Rancho Santa Margarita, California.

Moreover, Tamra founded the studio in March 2013, focusing on personal training, Spartan race training, and nutrition coaching. Tamra Judges, the public figure, has amassed 1.7 million followers on Instagram. According to her Instagram bio, she owns the Vena CBD and is a co-host of CUT FitnessStrong.

The RHOC cast has been selling CUT Fitness equipment on the merch's official Instagram page and website. Since childhood, Tamra has had a good sense of transparent, high-quality products.

Previously, Ryan Vieth served as a real estate agent for Ladera Realtor. Later, he became an associate producer on the 2020 documentary "Erasing Family," which focuses on young adults struggling to reunite with their broken families.

In Covenant Hills, Ryan Vieth's mother, Tamra Judges, shared a $1.58 million home with her husband, Eddie. But after renovating the five-bedroom house, the couple sold it for $1.8 million in September 2018.

When the Judges purchased the home, they already owned a different home in the same city. Per the estate record, Tamra put the 3795-square-foot house on sale for $1.3 million in 2006. From 2018 to 2020, the star couple bought and sold many luxury homes, which included 4.5 bathrooms, a butter pantry, a spa, and a swimming pool.

In August 2019, Ryan Veith sent an abusive, threatening message to ex-fiance Sarah Rodriguez. There was a nasty standoff between the ex-couple in 2019 concerning the custody battle of their daughter Ava. Furthermore, Veith disclosed on the Instagram post that his ex-fiance Sarah Rodriguez denied to hand the baby girl over on his assigned pick-up day.

At the same time, Sarah accused Mr. Veith of making suicidal threats. In a now-deleted Instagram clip, Sarah claimed Tamra's Judges visited her home and recorded her without any idea before threatening to call her to court to ask for custody of Ava.

In the United States, Ryan Vieth was born on December 27, 1985. He is the son of Tamra Judges and Darren Vieth. Ryan had a troublesome childhood; his parents divorced when he was three. He has two half-siblings, Sophia Barney, Sidney Barney, and Spencer Barney, from his mother's affair with Simon Barney.

Additionally, Ryan's mom is the National Sales Director of Universal dealers Consultants. Also, Tamra Judges has a son Spencer, who turned eighteen. He recently graduated from high school. Midst an interview with bravo tv, Tamara gushed about her kids "Raising Ryan was different... My kids now have a different lifestyle than Ryan did growing up."

Ryan Veith is available on networking sites Instagram and LinkedIn with limited followers. Ryan is an introverted personality who rarely shares his matter on social media.

Stay updated with Marriedwiki for interesting celebrity biographies and news.

Sarah Rodriguez and Ryan Vieth were married for a certain time. The couple started dating in the 2010s but split in 2018.