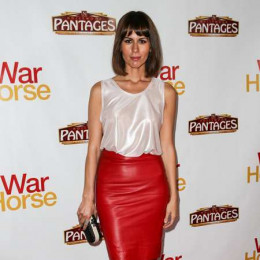 Sabina Gyulbalaevna Akhmedova is a Russian actress, noted for her portrayal in Diversant: The End of the War in 2007 for which she was awarded a Golden Eagle. After graduating from Moscow's Institute of Modern Arts, she made her stage debut as Rosa Gonzalez in Tennessee Williams's "Summer and Smoke". She made a breakthrough in television with The Club on MTV on which she stayed as a regular for six seasons.

Accounting her personal life, she is yet an unmarried woman and also does not have any child. Actually, she has stayed low profile in terms of her family details and relationship stuffs. Being so gorgeous she definitely should have dated a long list of men in her past days but she has managed to keep it all safe within herself. To know her better we can follow her on Twitter @sabinaakhmedova.