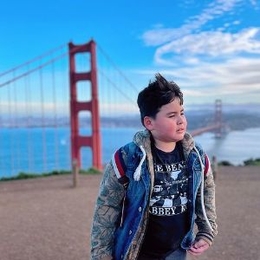 Sebastian Benedict, popularly known as Baste Granfon, is a famous Television personality and child entertainer of the Philippines who is an internet sensation worldwide. Granfon got the limelight after his TV  appearance in the Philipino long-running noon-time variety shows Eat Bulaga! The young Philippine star is multitalented and has been actively contributing as a child actor, host, and singer at age 3. Fan worldwide is fascinated by his cute and attractive gestures, and the child celebrity's popularity has recently risen.

Sebastian Benedict, known as Baby Baste, is a child artist, Television host, and singer who has entertained his country through his unique talent and excellent performance in the entertainment sector. The star is only a child, not even a teenage boy; his parents manage his professional life.

The kid is having a blast of life and is living the best days of his life. He regularly updates his followers in his life through the photos and videos he shares on his social media.

Why is Baste popular in the Philippines?

The famous Television personality, Baste, is a social media youngest influencer with great talent and intelligence at a very immature age. He is the youngest personality able to achieve success and fame in the Philipines through his god-gifted acting ability.

As an extraordinary young celebrity artist, Baste has done lots of effort and immensely hard work at this stage of life. The child artist gained immense popularity in his country through his appearances in the Television shows Kapuso Mo and Jenica Soho on July 19, 2015, as one of the featured segments of a new magazine TV show. 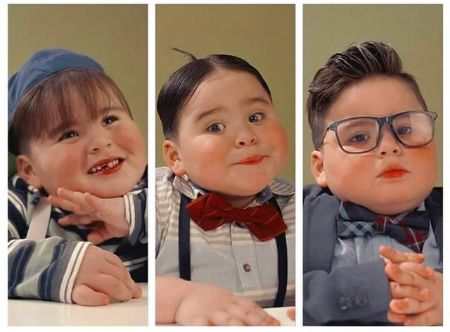 Granfon started getting valid offers at the national and international levels via his first shows. Throughout the journey of the young kid's success, he was one of the audience members of The Ryzza Mae Show when she took selfies with him during the period when he was a superstar.

In recent times, he has been co-hosting Eat Bulaga! Streaming in GMA Network's entertaining show with Miss Teen Ryzza Dizon shows that efforts and talent can bring common people to the limelight. The cute artist is now getting quality offers to starred in shows, advertisements, and public interviews.

The young entertainer has been raised with full support and care by his loving parents. Most of the time, Baste is publicly spotted with his mother as mummy Sheila handles her workaholic schedule and every time in the acting field. 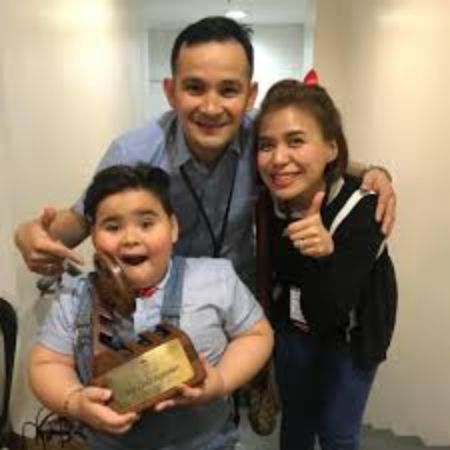 Baste's father is a generic Philippine police officer, contributing exceptional selfless service to the country. In an interview, mummy Sheila shares that she never compromises family time for anything else.

As Baby Baste is very young, his mom takes care of his education, food, and recreational activities apart from the profession. Sheila handles the cute son/s professional and personal life art balance without any pressure on him.

Career As a Child Artist

From the year 2015 till the present, the baby star has amazingly worked in the Philippines Film Industry, making a special place as a star kid through his personality and talent. The superstar has emerged and gained enormous popularity through his performance in Eat Bulaga! His fame reached its highest peak in the same show, and still today; he is part of the entertainment show.

In August 2017, during his birthday celebration on the Show, Vic Sotto announced that the star would be dubbed as the new youngest recording artist in the country because he would be having his dance single titled Bastelicious. 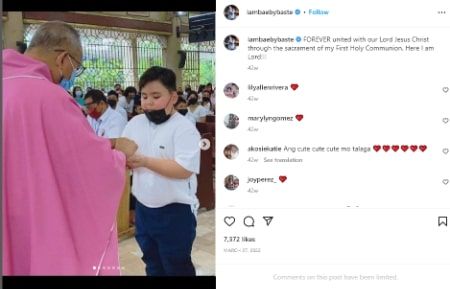 Besides his popular show, he has starred as a guest, artist, and host in numerous TV shows like Ang Pinaka, Daddy's Guri, The Gift, Daig Kayong Lola ko, and recently appeared in Jose & Maria's Bonggang Villa. Much more success is to arrive in Baste's life as his career graph inspires many children who want to succeed. Granfon has amazed the whole world through his cute and admiring personality with exceptional talent and skills at not so young age.

Besides being a child host and singer, Granfron is the most adorable, admirable, and cute youngest media sensation and influencer in Filipino. People of his country, as well as international fans, admire his ability and lovely personality.

There is a huge fan base which is crazy to meet with the sweet Baby Baste. The media star has over 1.8 million followers on his Instagram handle, named @imbaebybaste more than 3000 posts. Having mass fans with no haters at the immature age of life is one of my greatest achievements as a child influencer. 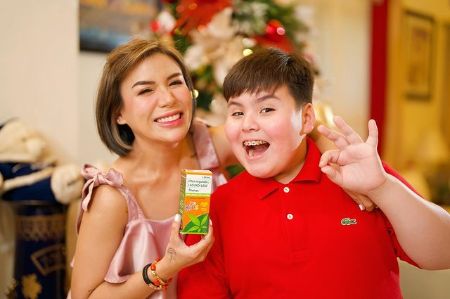 Because of his limited age, his mother, Sheila, handles every post associated with him, including paid promotions, personal life moments, and other recreational posts. Mamma Sheila is proud of her upbringing as his son became the most popular star of the nation, which is not an easy task.

What is Sebastian Benedict's Net Worth?

Looking at the net worth of the child celebrity, Sebastian Benedict Granfon Arumpec (Baby Baste) is ranked at the top of the richest juvenile artist of the Philippines. His earnings are mainly from hosting, acting, singing, and entertaining in the film industry.

Besides their acting career, young artists are involved in advertisements and paid promotions for many brands and products. Recently, he has been earning a fortune through a great deal of branding Yeezy Sneakers.

Check out the video to know about Baste Granfon.

The young man is known for his lavish and costly lifestyle in General Santos, with lots of worth from the acting profession. According to Forbes and other media sources, his net worth is estimated to be $2 million, which is expected to rise in the coming years.