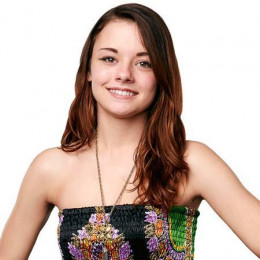 She is one of the top 24 contestants in "American Idol" Season 14 which is one of the FOX reality singing competition program. She had keen interest in music from her small age. According to her, Eminem, Axl Rose, Amy Wine House are top three favorite and most influential artists of her. "Have a Cigar" by Pink Floyd, "Our House" by Eminem are her favorite song. Though she did her best, she was eliminated along with her four more women contestant which was held in Detroit theater.

Exploring her personal life, she has not married yet. She is still single. There is no mention of any kind of relationship of her with any one in internet. It seems like she is kind of person who wants to keep her personal life away from grasp of media and enjoys her privacy more. Till now she has not involved herself in any kind of controversy that can hamper her career.