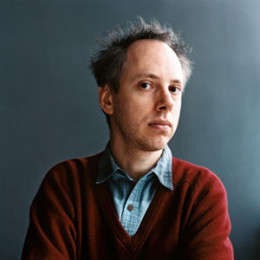 Todd Solondz is a popular American media personality known for his 'style of dark', 'thought-provoking' and 'socially conscious' satire. He succeeded to establish himself as one of the renowned independent film screenwriter and director throughout his career of over 30 years. He is the recipient of the 1995 Grand Jury award at the Sundance Film Festival, he won the honor for his movie, "Welcome to the Dollhouse."

Todd Solondz was born on 5th October 1959 in Newark, New Jersey. His birth sign is Libra. Nationality wise he is an American and belongs to White ethnicity.

Solondz completed his undergraduate degree in English from Yale University. Later, he attended the New York University(NYC) and studied film and television but didn't finish the course. Then he served as an English teacher to the newly arrived Russian immigrants at NYANA. He also worked as a delivery boy for the Writers Guild of America.

Todd Solondz made his directorial debut in 1985 with a short film, Schatt's Last Shot. In 1989, he wrote and directed a movie named Fear, Anxiety & Depression.

He took a break of nearly 6 years from the film industry and made his comeback with Welcome to the Dollhouse (1995). The movie was well appreciated by critics and audience alike. He succeeded to win the Jury award for best movie in Sundance Film Festival for the film.

Solondz's another movie, Happiness, which released in 1998, is a highly controversial film. Many distributors refused to release it at first, but when the movie got the support of Good Machine Releasing company, it hit the screen. The movie went on to win several prestigious awards.

For his contribution towards the film industry, Solondz was honored with Filmmaker on the Edge Award at the Provincetown International Film Festival in 2007.

Solondz is one of those media personalities who prefers to keep his personal life away from the media. He has never mentioned about his wife, but as per some online sources he is married, however, no confirmation has come from him as of yet.

Once in an interview, when reporter asked him about children, he replied,

"I don't have children but if I did and my child wanted to act, I'd be fine with him acting in my movie where I feel a certain dignity is accorded. But I would never let my child act in a commercial for the Gap or the Banana Republic or for some other consumer goods corporation. That would be the obscenity".

Whether or not he is married, or he has a wife, Solondz hasn't provided any information.

Net Worth And Body Measurement.

Todd Solondz stands 5 feet 7 inches tall (1.7m). He is regarded as one of the richest filmmakers and has earned an astonishing net worth from his 32 years of career. As of 2017, Todd Solondz' net worth is estimated around $66 million.