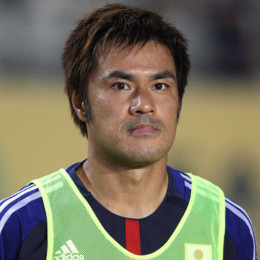 Yuichi Komano is a Japanese football player who plays for Japanese national football team and the Japanese League division 1 side club Jubilo Iwata as a midfielder or defender. He first started playing from his local junior high school team and due to his extra ordinary performance he received invitation for trials from several popular Japanese club. He joined Sanfrecce Hiroshima and attended Yoshida High School. In 2011, with Nagoya Grampus he won the Japanese Super Cup title.

Talking about his personal life there is no much information on it. He has never revealed his past nor the present situation with the media. He is too busy making his career stable in the world of football so he is seen mostly in the pitch with the football instead with the hot chicks out there. He once got badly injured in a match against Yokohama FC from which he suffered from venous thrombosis.

His birth sign is Leo. He was interested in playing football since his childhood days. He started playing for his local junior high school team.

While studying at Yoshida High School, he joined Sanfrecce Hiroshima. He's been the first choice in the club since 2001. Despite his amazing performance, he suffered a lot due to numerous injuries and complications.

On 16 August 2003, he damaged the cruciate ligaments during a match against Yokohama FC. During his time in the hospital, he suffered from a venous thrombosis. 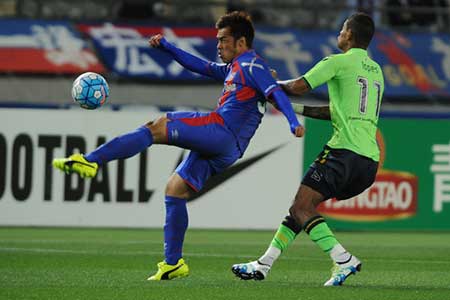 He represented Japan at the 2004 Olympics. During an Olympic game against Ghana, he broke his left collarbone in August 2004. He was also infected with uveitis that could possibly make him blind.

He made an international debut performance against China in an East Asian Cup on 3 August 2005.

He was selected as a backup for the Japan team in the 2006 FIFA World Cup. As Akira Kaji was injured, Komano played the opening match against Australia.

He also performed his best in the 2007 AFC Asian Cup finals. When Hiroshima was relegated to J. League division 2, he left the club and joined Jubilo Iwata for the 2008 season.

Komano also played the 2010 FIFA World Cup. He missed a penalty in a penalty shoot-out against Paraguay in June 2010. Japan lost the match with 5-3 in the second round.

He scored his first international goal during a friendly match against Tajikistan at Nagai Stadium on 11 October 2011.

During his time in Jubilo Iwata, he won the 2010 J. League Cup and Suruga Bank Championship in 2011.

He was acknowledged among the 11 best players in J League in 2012. In 2013, he represented his country in the EAFF East Asian Cup.

Komano, 36, has not revealed details about his net worth and salary.

The exact signing amount with Sanfrecce Hiroshima, Jubilo Iwata, FC Tokyo and Avispa Fukuoka is not disclosed yet.

Komano is single at present. Details about his professional career is everywhere in the media but the star has maintained his personal life under the radar.

He has not married yet; neither dated anyone in past.