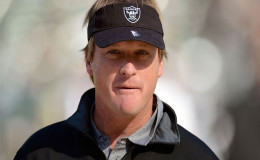 Know everything about American former college footballer Jon Gruden who is happily married to wife Cindy Gruden. Also, know about his career and net worth.

True love is unfadeable !! Jon Gruden, renowned as the head coach of the Oakland Raiders and the Tampa Bay Buccaneers seems to be the best to define the love even after years of marriage.

Jon married longtime girlfriend Cindy in the year 1991 and the couple shares a beautiful relationship. Their 26-year-old relationship is an inspiration to us. To know more about Jon and his married life, wife and children stay with us!!!

True love is always blessed by God. Here we are talking about Jon and Cindy, the couple after dating for a while tied the knot in 1991 and it appears the knot is getting stronger with the passing time.

Their love story began back in the college time (University of Tennessee) when Cindy was a cheerleader and Jon was a footballer. The two met, fell in love and started a beautiful journey together and even after 26 years of marriage the love and respect that they have for each other is still the same.

In today's generation where the love stories begin and end within a second, this type of story really inspires us. 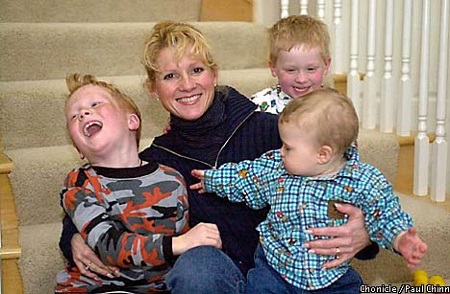 The old-time lovers Jon and Cindy are blessed with 3 children (sons); Deuce, Jayson, and Michael. Jon along with his wife and children resides in Tampa, Florida.

Talking about Jon's career, shortly after his graduation he was hired as a graduate assistant coach at the University of Tennessee. Then soon in 1990, after spending 2 years of coaching in South Missouri State, he became the special assistant of Mike Holmgren at San Franciso.

Later on, Jon started his professional career in January 1992 as a special offensive assistant with the Green Bay Packers and in 1998 Jon was made the Raiders' new head coach of Oakland Raiders by the general manager of Oakland Raiders.

After departing from Raiders, Jon from 2002 to 2008, worked as the head coach at Tampa Bay Buccaneers and handed the victory of the Super Bowl to Buccaneers defeating the Raiders. 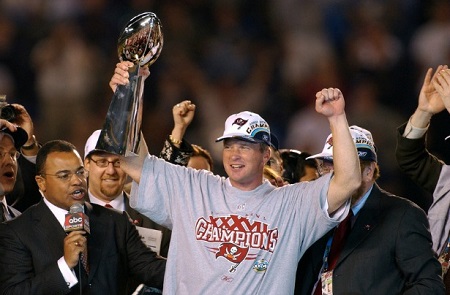 Similarly, Jon was then hired by ESPN in May 2009 after being fired from NFL. It is said that Jon was fired because the Buccaneers lost many games in a row and Jon was blamed for that.

The matter, however, has cool down as he now currently works for ESPN as color analyst and on December 15, 2014, Gruden and ESPN agreed on extending his contract to 2021. 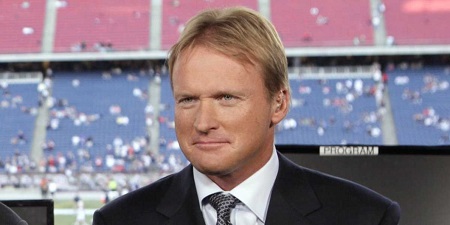 Jon is regarded to be the highest-paid employee as he receives $342, 000 per game and he is estimated to be enjoying the net worth of $22.5 million. 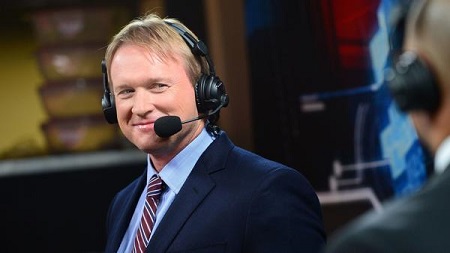