Home Article “For the past 25-years you have not only been my wife, and mother of my children, you have been my best friend”, said, Barack Obama while giving tribute to wife Michelle Obama

“For the past 25-years you have not only been my wife, and mother of my children, you have been my best friend”, said, Barack Obama while giving tribute to wife Michelle Obama 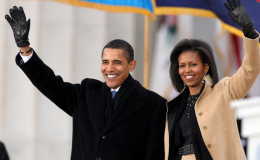 President Barack Obama kept his composure throughout most of his emotional hour-long farewell address in Chicago on Tuesday night, but when the topic turned to his wife, First Lady Michelle Obama, the tears began to well up.

The world renowned personality, an inspiration for us all, the ideal former U.S. president Barack Obama never fails to motivate us with his powerful and motivational speeches.

But this time, during his hour-long farewell address in Chicago last week on 10th Jan 2017, Barack Obama really stole the hearts of every single person as he made the most emotional and heart-melting tribute to his soul-mate, his lovely wife Michelle Obama.

Let's talk in detail about this.

"You've made me proud. You've made the country proud", said President Obama.

The United States former President Barack Obama and first lady Michelle Obama are one hell of a team, a powerhouse couple as they've established themselves as one of the most loving, respected and inspiring couples. 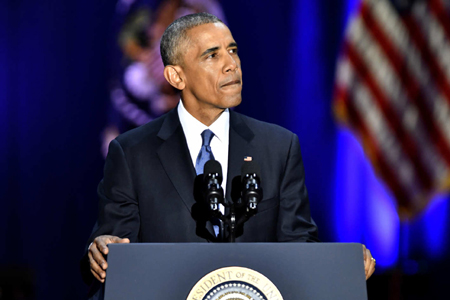 Their companionship and deep love for each other is obvious as they are always seen together side by side, standing tall and strong.

But recently, the president was left all misty-eyed when he took a moment to thank his wife during his Farewell Address on Tuesday evening, last week. 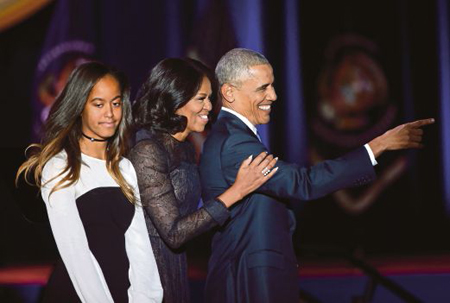 Time.com reported the president expressing his strong gratitude towards his wife and got all choked up when he started talking about his wife. He quoted:

"Michelle LaVaughn Robinson of the South Side, for the past 25 years, you have not only been my wife and mother of my children, you have been my best friend,”
He further added:

“You took on a role you didn’t ask for. And you made it your own with grace and with grit and with style, and good humor. You made the White House a place that belongs to everybody."

"And a new generation sets its sights higher because it has you as a role model. You have made me proud, and you have made the country proud.” 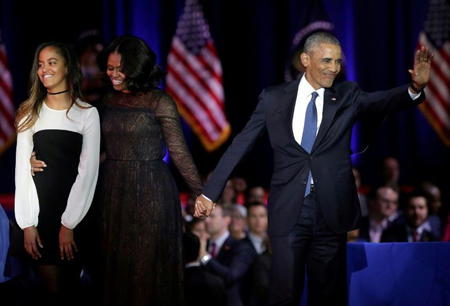 Turning to his two amazing daughters; Sasha and Malia, he further added that how easily that his daughters have added the burden of years in the spotlight and how he's proud to be his dad.

The speech earned a huge round of applause and great appreciation from everyone and plenty of hugs too! Later that night, former first lady Michelle also tweeted about the incredible speech of Barack.

So proud of @POTUS and all that we've accomplished together. An incredible journey filled with remarkable people. I love you Barack. -mo pic.twitter.com/TFUN3GDLyz

Here's a video of Barack Obama's emotional thank you to Michelle during his farewell speech. Get inspired!

Unlike the usual love stories, their one is quite rare as both of them met two decades earlier when Michelle was appointed as the mentor of Barack in 1989 when he was a summer associate in their law firm, Sidley Austin LLP. 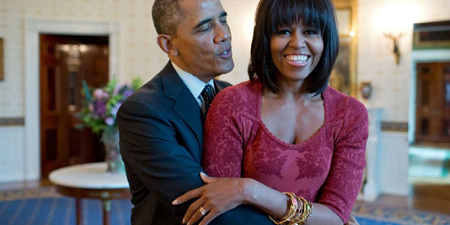 Soon, their professional meetings gradually shifted towards romantic lunches and dates. The couple went on their first date to see Spike Lee's movie "Do the Right Thing". 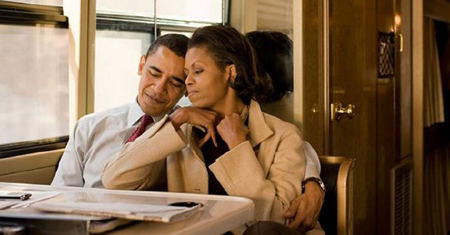 On an interview with WashingtonExaminer.com, Barack opened up about how his love life blossomed and revealed that both Barack and Michelle had an "opposite attract" scenario in their relationship.

After the three years of courtship, the couple officially tied knots in 1992 but the public’s introduction to the couple came on the campaign trail in 2007. 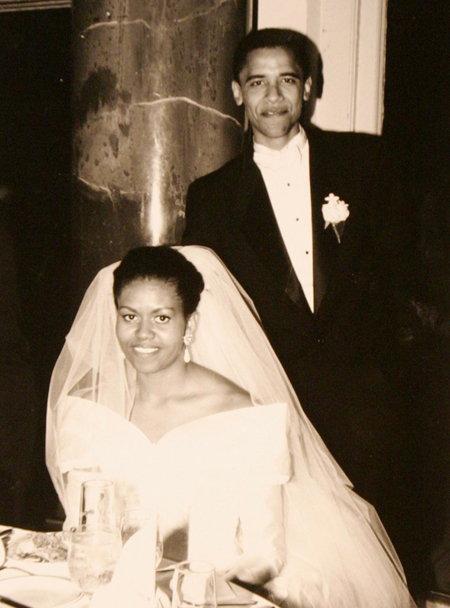 The couple was low profile before the presidential campaign and both wedded organizing a private wedding amidst close friends and families.

Ever since then, they have been inseparable and the most amazing, truly inspiring couple for all of us.

Have a #blessed Halloween.

Their love and respect for each other and the level of understanding and commitment is truly admirable. Hats off to them! Recently, the pair celebrated their 25th wedding anniversary and both looked blessed!

The ideal pair has been blessed with two beautiful daughters, Malia Ann (born 1998) and Natasha (known as Sasha, born 2001). 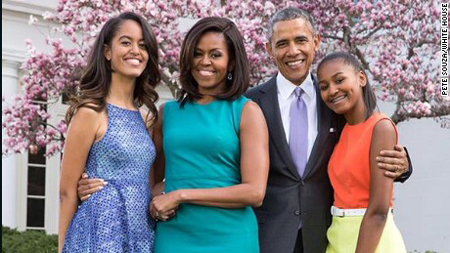 After his election to the U.S. Senate, the Obama family continued to live on Chicago's South Side, choosing to remain there rather than moving to Washington, D.C.

Here's another video of President Obama joking around with daughters Sasha and Malia during the annual Thanksgiving turkey pardoning ceremony at the White House.

All in all, we really wish this wonderful family a lifetime of happiness and togetherness and hope they stick together always through thick and thin.

We also wish the exceptional couple, Barack, and Michelle, to forever stay together, supporting and loving each other rest of their lives.