'Frasier' Actor John Mahoney Dies At 77; His Publicist Reveals Cause Of Death 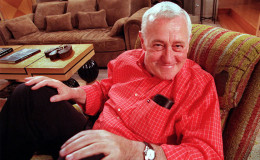 The Beloved Dad On Frasier, John Mahoney Has Passed Away At 77 In A Hospice Care In Chicago; His Publicist Revealed He Death And Cause On Monday

Veteran actor John Mahoney, best known as a cantankerous father on the '90s sitcom Frasier, has died at 77 on Sunday, February 4, in Chicago after a brief illness. 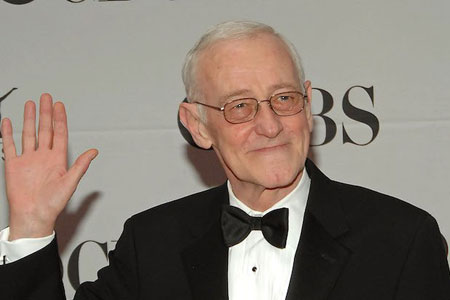 Veteran actor John Mahoney died at 77 in a hospice care in Chicago,
Source: The Wrap

The Tony Award-winning actor Mahoney was a longtime member of Chicago's Steppenwolf Theater Company, which remembered him as an ensemble member of 39 years of the theater in a tweet Monday evening.

It is with our deepest sorrow that we share the news that ensemble member of 39 years John Mahoney passed away. Tonight’s opening night performance of You Got Older has been cancelled. We are instead inviting all to gather in Front Bar this evening. All are welcome to join us. pic.twitter.com/k8yrrR7ICA

The theater also announced it had canceled its opening Monday night performance of You Got Older in Mahoney's honor.

Peri Gilpin, who played Roz Doyle in Frasier, recalled some of his best performances and Mahoney's singing at her wedding on Twitter after Mahoney's death news broke.

John singing at my wedding. Watch Moonstruck, Say Anything and/or Frasier or anything you can with him in it and raise a glass to John. Remember him well. pic.twitter.com/Tj3i5B4x13

Another actor Gary Sinise also took to his Twitter saying Mahoney was the greatest actor of all time and he would never forget his 1985 performance in Orphans.

Our old friend and Steppenwolf theatre colleague John Mahoney passed away yesterday. So many wonderful plays together over the years. A wonderful actor I’ll never forget his 1985 performance in Orphans (Chicago and New York).

Mahoney was born on June 20, 1940, in Bispham, Blackpool, Lancashire, England. According to sources, Mahoney started performing as a member of a children's theater in England.

He immigrated to America after graduation and served as US Army, as a professor, and a medical orderly before taking acting classes at Chicago's St. Nicholas Theater.