'Hell On Wheels' Star Eddie Spears Married To His Secret Girlfriend Or Still Single; Know About His Personal Life

The famous actor, though, keeps his personal life behind closed doors which led to further speculation regarding his current relationship status. Let's find out whether he is really dating someone or still single.

Native American actor Eddie Spears is famed for his work in the series, Hell on Wheels. His portrayal of Joseph Black Moon helped him gain further critical acclaim.

The famous actor, though, keeps his personal life behind closed doors which led to further speculation regarding his current relationship status. Let's find out whether he is really dating someone or still single.

For many people, Eddie is just an actor who has won over the critics and fans from his exceptional acting skills but for the native American, he is nothing short of an inspiration.

In this day and age when the majority of the actors in the Hollywood are not from the Native American descent, Eddie sure made a big mark in the entertainment industry. 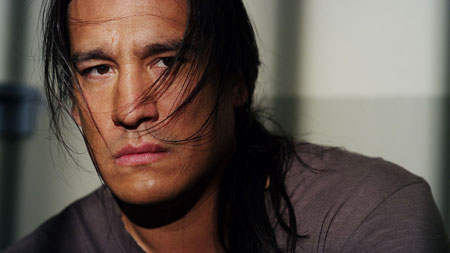 Eddie is famous for his role in the series, Hell On Wheels
Source: All Women Talk

This leads to curiosity, is the actor still focused on working his way to the top of the entertainment world or has taken out some time for dating someone.

Well, speaking of his current relationship status, it looks like he is single and not dating any sort of girlfriend at the moment. Looks like he is yet to come across the right girl.

The actor's social media profile is full of photos of his family and friends. Last year, he shared pictures from his brother Ryan wedding, which in itself was a lavish affair.

His fans are sure expecting he will also dawn the groom's dress one day. Many of their family and friends were invited to the wedding including his two grandmothers with whom he shared an adorable picture with.

Eddie Spear-Raised In A Large Family

Eddi was born in a family of seven. The 6ft 1 inches tall actor was raised by his father and mother along with all the seven siblings. Unfortunately, his father died back when he was shooting for the series, Hell On Wheels. 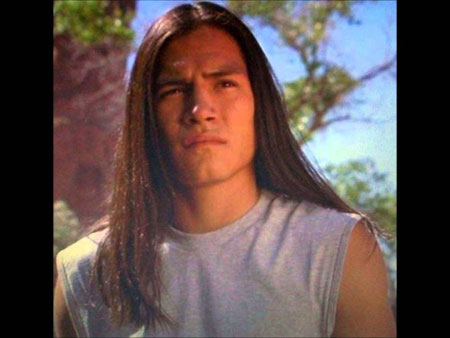 Eddie was raised in a family of seven kids
Source: Pinterest

Ironically, in the shooting, he killed his on-screen father, Reverand Cole played by Tom Noonan. As for now, he shares a lot of pictures with his mother on Instagram which goes on to show his relationship with his mother.

He has one sister and five brothers. One of his brothers, Michael is a well-versed actor and both of them have modeled for many fashion outlets.

His family belongs to Lakota Sioux Lower Brule Tribe who are prominent in the area of South and North Dakota. 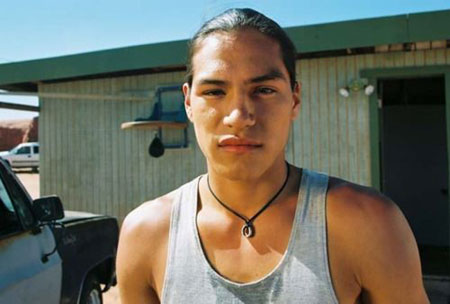