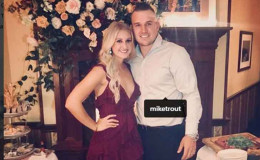 It's quite amazing to see when a couple is together ever since their teenage days and continue to remain in love even as full-fledged adults. The love couldn't get more pure and beautiful. Mike Trott dated his high school sweetheart Jessica Tara Cox for over a decade before sharing wedding vows with her.

It's quite amazing to see when a couple is together ever since their teenage days and continue to remain in love even as full-fledged adults. The love couldn't get more pure and beautiful.

Mike Trott dated his high school sweetheart Jessica Tara Cox for over a decade before sharing wedding vows with her. Let's get more details about this adorable couple's married life, including an 'out of this world' proposal that would make any lady feel incredibly special.

Mike Trout is married to his beautiful wife Jessica Tara Cox. Mike and his longtime girlfriend tied the knot after 11 years of dating in a beautiful winter-themed wedding on 8th December 2012. 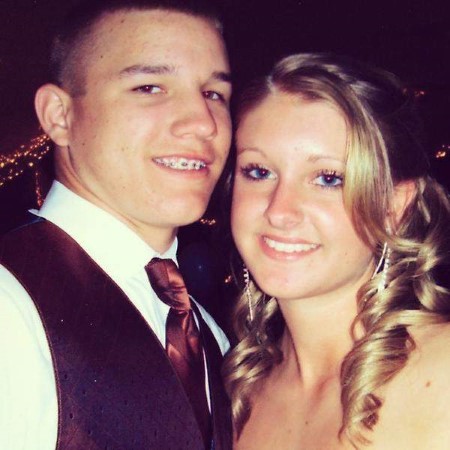 Speaking to an interview with MLB Network's 30 Clubs in 30 Days, the baseball star talked about his wife as well as his married life. The interviewer Brian Kenny mentioned the fact that a lot of young superstars get married fairly young, to which Mike replied:

"She's been there before baseball and through the whole journey. You say we're getting married young -- I was with her for 11 years."

Trout continued by discussing how his entire family helps him remain grounded. He added:

"That's why I love my family, they're great people."

The wedding took place the same day Trott's team Angels announced the signing of Japanese sensation Shohei Ohtani. It was reported Trott's teammate Garett Richards was a member of the wedding party.

From this day forward, you shall not walk alone. My heart will be your shelter, and my arms will be your home . I love you, my WIFE! pic.twitter.com/bIwbtgZb32

When it came to his wedding planning, it took Trout a while to get fully engrossed, but once he got started, he was all in.

In an interview with Spring Training, Trout said he got to do some cake tasting. He revealed his favorite flavor being Cookies and Cream. Moreover, the Angels star mentioned Funfetti as being one of the best.

This weekend was pure m a g i c  pic.twitter.com/L5wAsfpuyk

Talking of how it all began, the couple's love story goes way back in high school. Trout dated Cox while they were studying in Millville Senior High School in Millville, New Jersey. Moreover, Trout said Jessica is one of his best friends while speaking of their early dating years.

“I met her in high school, and we trust each other, and she is one of my best friends. She is somebody I can talk to and is always here for me.”

It's definitely adorable how the pair is together for so long. Meanwhile, Cox is a middle school teacher by profession. She is currently a sixth-grade teacher at Dennis Township School Board in New Jersey.

Love you to the moon and back

Furthermore, Jessica is active in charitable events. She regularly participates in Angeles Wives Charity events. Most notably, she took part in Fill the Boot raising money for local fire departments in Los Angeles, as well as Golden Ball in partnership with the Special Olympics.

You May Also Like; Gwen Ifill's husband and married info

It remains to be seen when the pair decides to add cute little kids to their already wonderful family. In the meantime, the couple certainly appears made for each other!

Four-time All-Star Mike Trout is well renowned to go big on the baseball field, so it's only fitting the Angels star would propose his gorgeous girlfriend the same way. 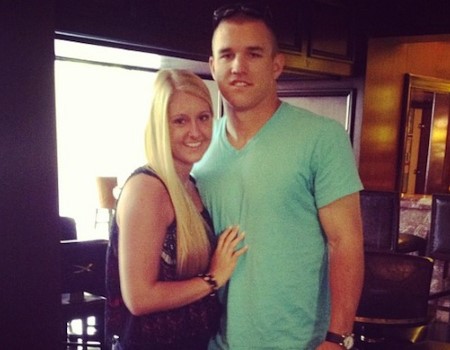 Trout's proposal game was definitely on point as he displayed his true romantic side by hiring a skywriter to pop the question to Jessica.

After a few unforgettable days at home & in Boston with our families, I'm so excited to finally be able to officially call this amazing man my fiancé! #62816

Cox expressed her delight on Instagram. She wrote, "I’m so excited to finally be able to officially call this amazing man my fiance!"

The proposal was most definitely out of this world and a normal lady could only dream of her man pulling off something like that for her.

However, Mike is no ordinary man. He is an amazing player on the field and he looks to be a brilliant husband off it. 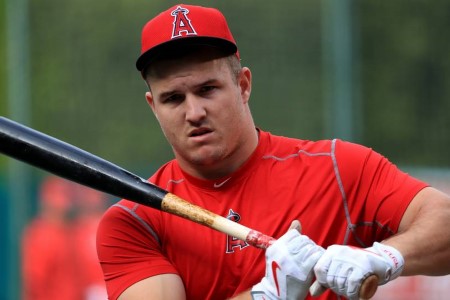