Home Article Paulina Gretzky and Dustin Johnson got engaged in 2013: Planning to get married soon: Couple gave birth to their Son in 2015

Paulina Gretzky and Dustin Johnson got engaged in 2013: Planning to get married soon: Couple gave birth to their Son in 2015 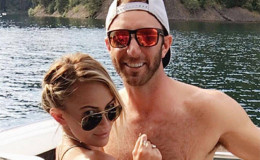 Paulina Gretzky and Dustin Johnson was engaged on August 17, 2013. They are living their blissful life with their son 'Tatum Gretzky Johnson'.

Dustin Johnson is an American professional golfer who currently plays on the PGA Tour. He has earned top five statuses in the ‘Official World Golf Ranking’. If we talk about ‘PGA Tour’ than he is one of the longest drivers.

As we all know about him as an outstanding golfer, besides that he is committed to very beautiful model, singer, and celebutante ‘Paulina Gretzky’.

The couple welcomed their first child in 2015. Let’s find out more about his married life and children.

When Paulina and Dustin were seen together in Kapalua, Hawaii in January 2013, people assumed them as a couple. However, they never speak about it. 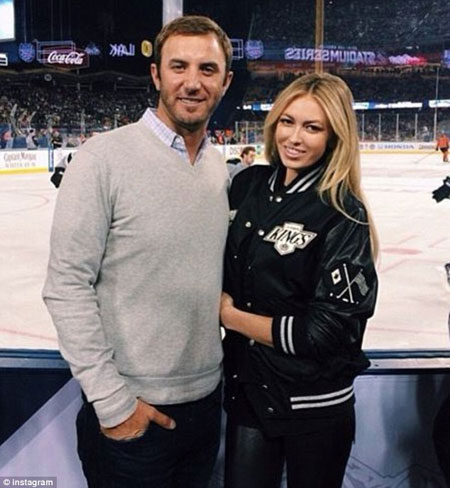 They dated for eight months before announcing their engagement on august 17, 2013. Paulina confirmed this news by posting a romantic picture of them kissing with a beautiful engagement ring on her finger.

She captioned the picture ’Never Been Happier’.

Dustin also posted a picture of Paulina wearing the ring on Twitter and wrote, “she said yes!!!”

They were about to get married in fall of 2014 however it put on hold as Johnson took time off from the PGA Tour to address personal matters. Even though he took a six-month leave of absence from golf in 2014.

She told Golf Digest that they had delayed their wedding due to Johnson’s busy schedule. However the couple hasn’t tied a knot, but they remain together.

They are the most popular couple in golf.

Dustin and his fiance Paulina welcomed a healthy baby boy into the world on January 19, 2015.

Happiest day of our entire lives was welcoming our sweet baby boy into the world 1.19.15 @djohnsonpga

After the birth of a child, Johnson wrote in the statement, ‘ Paulina and I are happy to announce  the arrival of our baby boy, both of them are healthy, resting and comfortable.’

He added, ‘We sincerely appreciate the outpouring of love and support we have received.’

I've never been so happy in my entire life. He's perfect. @djohnsonpga

As far as the baby’s name is concerned Paulina decided to keep with a Gretzky tradition that means name have start with 'T'.

So, they named their baby boy as ‘Tatum Gretzky Johnson’. In an interview with 'hello magazine', Johnson said, “I am starting to become the person I want my kids to look up to.” 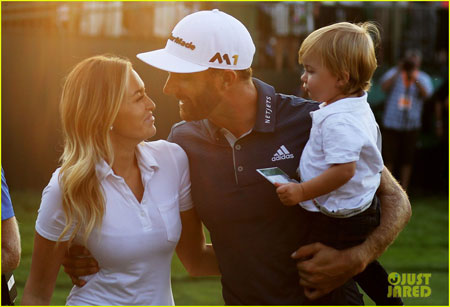 We hope, soon this beautiful couple exchanged vows as well as we want to wish them a very healthy and prosperous life with their child.