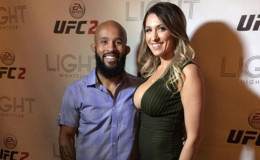 Demetrious Johnson suffered a terrible childhood but he rose above it all and put everything behind ever since he met his soulmate Destiny Bartels.

Nobody can control how their childhood pans out. Some are fortunate enough to enjoy a delightful one while others not so much. Demetrious Johnson suffered a terrible childhood but he rose above it all and managed to put everything behind ever since he met his soulmate Destiny Bartels.

Johnson is enjoying a blissful married life with his wonderful wife. Let's get more details of this beautiful relationship.

The best thing that has ever happened in Demetrious Johnson's life as claimed by him is marrying his wife Destiny Bartels. It has a lot to do with the fact that Johnson had a harsh childhood.

The MMA fighter was born prematurely and was raised by his deaf mother and an abusive stepfather. Johnson claims he never saw his biological father, not even a glimpse. 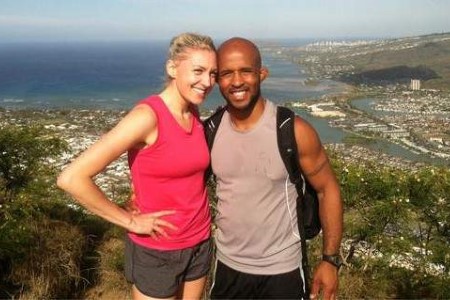 The biggest spark in his life that helped Demetrious move past from all this misery came in the form of the love of his life. Speaking of his spouse Destiny, Johnson said:

"She is the best thing that has ever happened to me and without her, life would be incomplete."

The couple who plays video games together and behaves like best buddies met in Washington State. They subsequently dated and ended up taking their wedding vows on 11th May 2012 in Hawaii.

When the pair got married, Demetrious was forced to prepare for an upcoming fight merely a few weeks later. The UFC fighter claimed he told his wife:

"I want to be the first UFC flyweight champion. I was going to have to training three times a day while we were on our honeymoon."

His partner was fully supportive of his decision and their honeymoon ended up being about running along the beach or climbing the hill. A few weeks later, all his efforts did not go in vain as he fought the match and became victorious through a unanimous decision.

The couple shares two children together. Their eldest son named Tyrion Johnson was born in 2013. They welcomed their second son, Maverick Johnson on 15th April 2015. 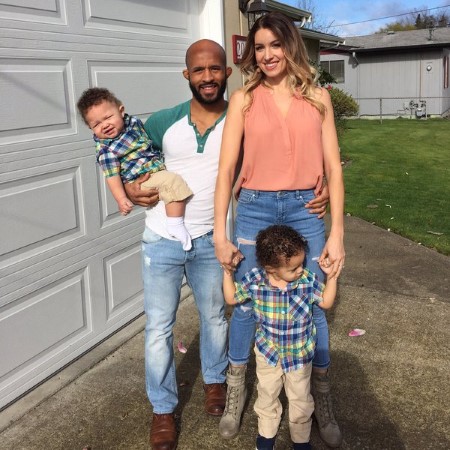 Demetrious Johnson with his wife and two kids
Source: Pinterest

The UFC star claimed his life outside of fighting gives him a mental break. He has Thursdays off and he spends the day with his wife. It goes without saying the couple is lucky to find each other. The best part of it all, they appear as much in love as they have ever been!

Demetrious Johnson, best known for his quick striking and elusive movement, is the first, as well as the current Flyweight Champion of UFC. Moreover, he was the record holder of the most consecutive defenses with 11.

But, earlier today he succumbed the title to Henry Cejudo. The match ended in the fifth round. 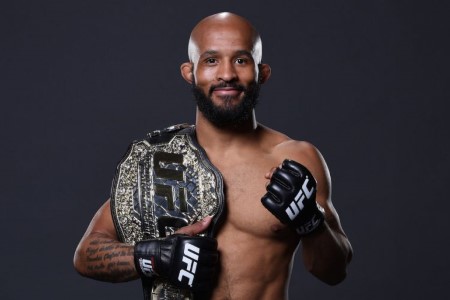 Johnson began his career in MMA in 2007. He won the debut bout via first-round knockout. His success at the Alaska Fighting Championships landed him a contract with World Extreme Cagefighting, the company which subsequently merged with UFC on 28th October 2010, making him an official UFC fighter.

Demetrious made his UFC debut on 5th February 2011, at UFC 126 against Japanese superstar Norifumi Yamamoto, defeating him via unanimous decision. His overall mixed martial arts record stands at, 30 fights with 27 wins, 3 losses, and 1 draw.

Johnson is widely regarded as one of the best MMA fighters of all time. He was ranked #2 in the official pound for pound rankings, as of September 2017. Meanwhile, Sherdog ranked him as the #1 pound-for-pound fighter in the MMA. 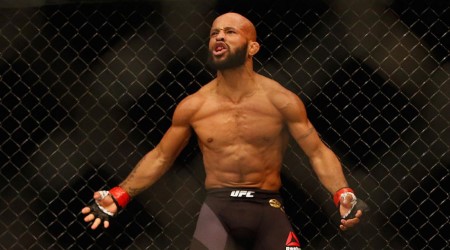